Corals are marine invertebrates, found in compact colonies, drawing their energy from photosynthetic unicellular dinoflagellates which reside within their tissue. Corals species are important reef builders that inhabit tropical oceans. Coral reefs are under stress globally, from activities like coral mining, agricultural and urban runoff, pollution (organic and inorganic), overfishing, disease, and climate change, which present threats to coral ecosystems. 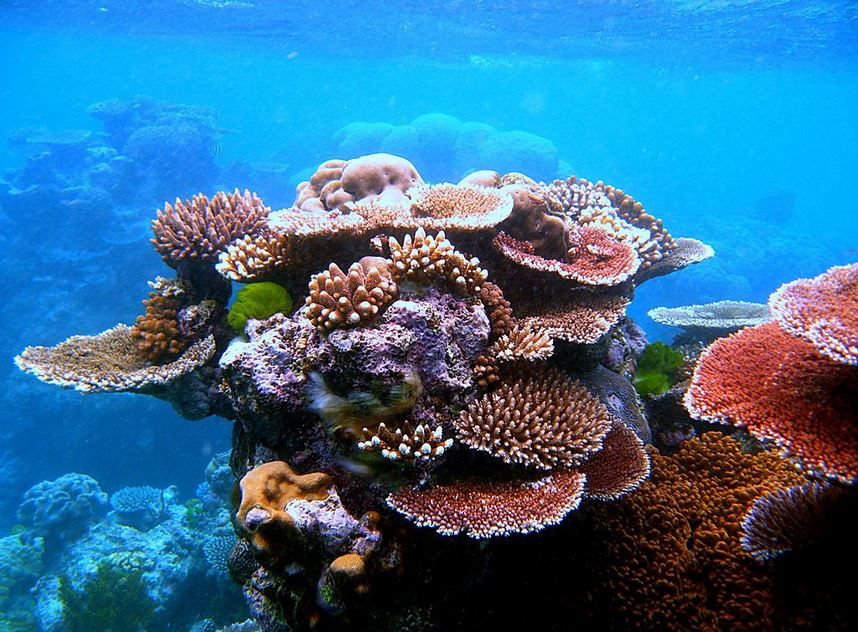 Some corals require sunlight and they grow in clear, shallow water, typically at depths less than 60 meters. This includes the corals found within the Great Barrier Reef off the coast of Queensland, Australia. There are other corals which are found in deeper water, surviving as deep as 3,300 meters, such as with the Darwin Mounds, northwest of Cape Wrath, Scotland.

The most significant risks in terms of scale arise from sea temperature rises, sea level rises and pH changes, each of which stem from ocean acidification, and which are connected to greenhouse gas emissions.

Coral reefs provide biodiverse biomes, and offer a food and habitat for about 25 percent of marine life. Reefs also provide a physical barrier against storms, to coastal habitats, protecting places where many people live.

The impact of climate change upon coral reefs is significant and it is estimated that two-thirds of reefs are currently at risk of permanent damage. Furthermore, should global warming continue at the current rate, then 90 percent of the reefs will be dead by 2050.

Some corals die due to heat stress (a rapid process); whereas others are killed more slowly, due to their algal partners being expelled.

Such information is derived from a new global coral reef atlas from the Khaled bin Sultan Living Oceans Foundation and University of Miami (Rosenstiel School of Marine and Atmospheric Science). The new atlas provides some 65,000 square kilometers of digital maps of coral reefs and surrounding areas.

The aim of the new map is provide a benchmark for reef systems to track changes over time, and to assess the extent of coral loss and to assess whether or not measures to reduce global warming are successful or otherwise. The researchers spell out three core aims: 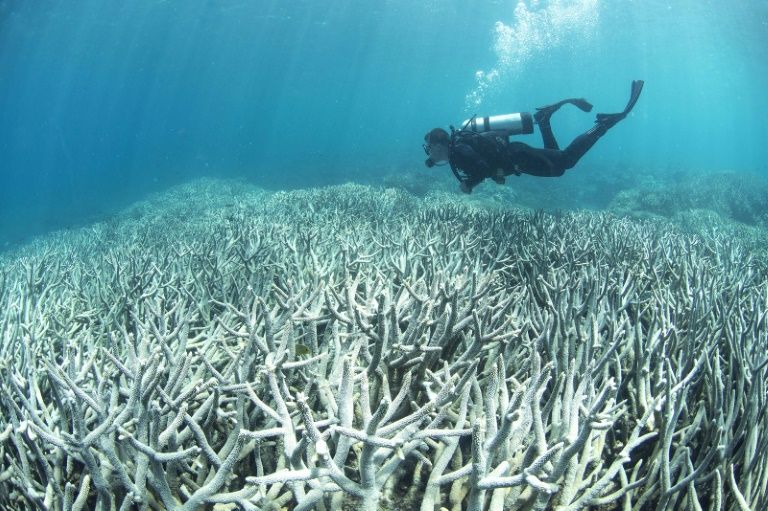 Called the Allen Coral Atlas, the digital presentation of coral life was showcased at the Our Ocean Conference in Bali, outlining the mapping of coral reefs worldwide in order to promote coral conservation and research.

To develop the maps, the researchers, as part of the Global Reef Expedition, visited over 1,000 remote coral reefs in 15 countries, mapping and surveying the reefs down to a one-square meter scale to better understand their health and resiliency. By December 2020, the researchers plan to have all the world’s coral reefs mapped.

The video below shows how the map was developed:

Speaking with Laboratory Roots magazine, lead researcher Alexandra Dempsey explains: “Benthic habitat maps are an essential tool in coral reef conservation as they provide a snapshot of where reefs are located and the status of their health. Scientists will use these habitat maps as baseline data to help track changes in reef composition and structure over time.”

Going forwards, it is expected that digital satellite, aircraft, and drone imaging will become an increasingly important tool for addressing the coral reef crisis at the global scale.

The development of the map is outlined in the journal Coral Reefs, with the research titled “High-resolution habitat and bathymetry maps for 65,000 sq. km of Earth’s remotest coral reefs.”

This article is part of Digital Journal’s regular Essential Science columns. Each week Tim Sandle explores a topical and important scientific issue. Last week we looked at how, in some circumstances, an imbalance of bacteria in the mouth has an association with the development of neurodegenerative diseases, such as Alzheimer’s.

The previous week we learnt how technologists have developed a transparent wood that has grabbed attention as a future material for green construction. The material is also remarkably energy efficient, in terms of its ability to release heat, thereby lowering energy costs.

This article was from Digital Journal and was legally licensed through the NewsCred publisher network. Please direct all licensing questions to legal@newscred.com.

This Artist Transforms Ocean Plastics Into ...