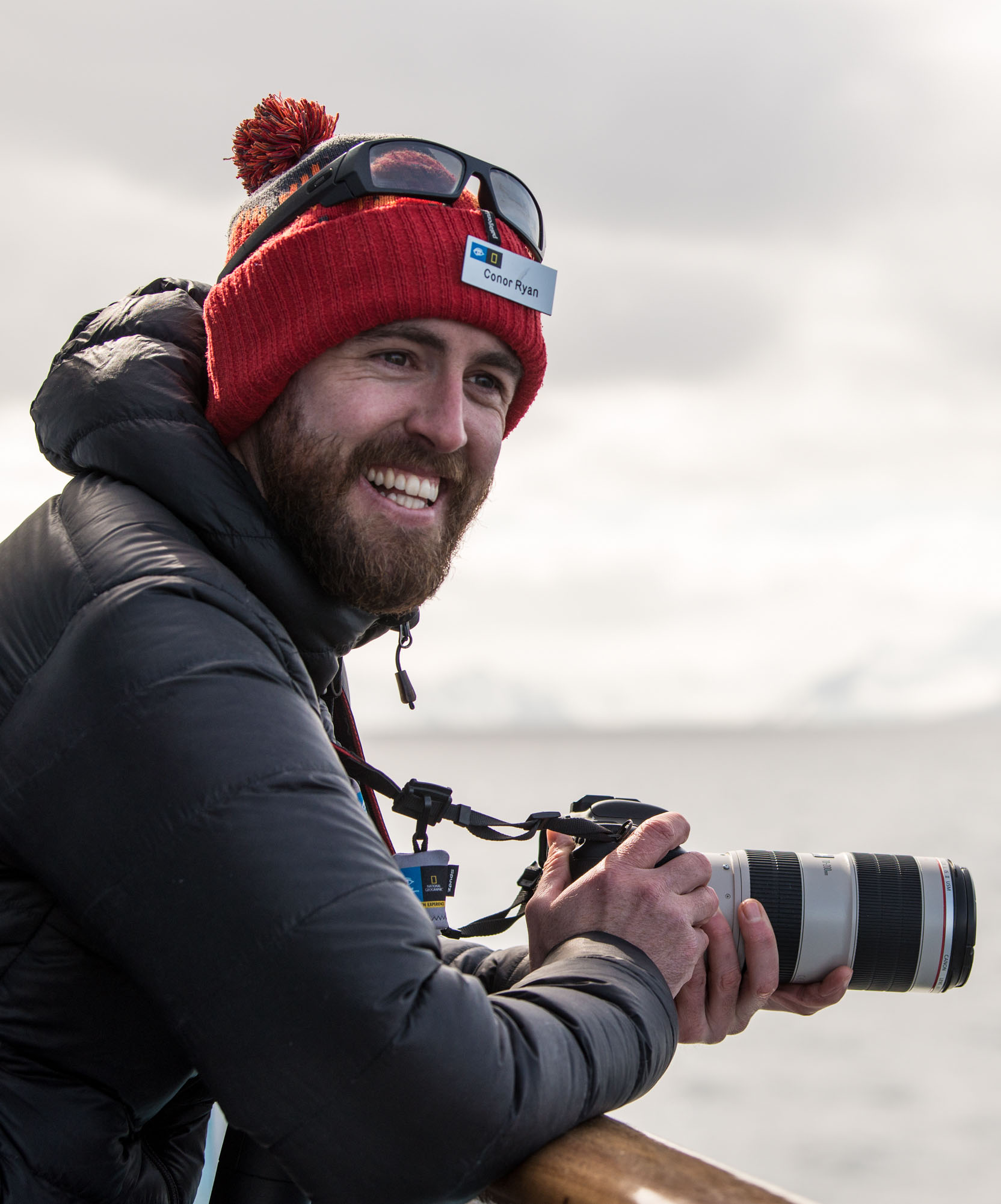 When he’s not on Lindblad ships sharing his passion for whales and the natural world, self-proclaimed ‘whale nerd’ and naturalist Conor Ryan works on research vessels using underwater sound and environmental chemistry to study the massive marine mammals. But photography is one of his favorite ways to conduct research. Here, Conor brings us some fascinating tales about the individual humpback whales we’ve encountered on Lindblad expeditions. And how we, as travelers, can generate data that ultimately better protects these captivating creatures. 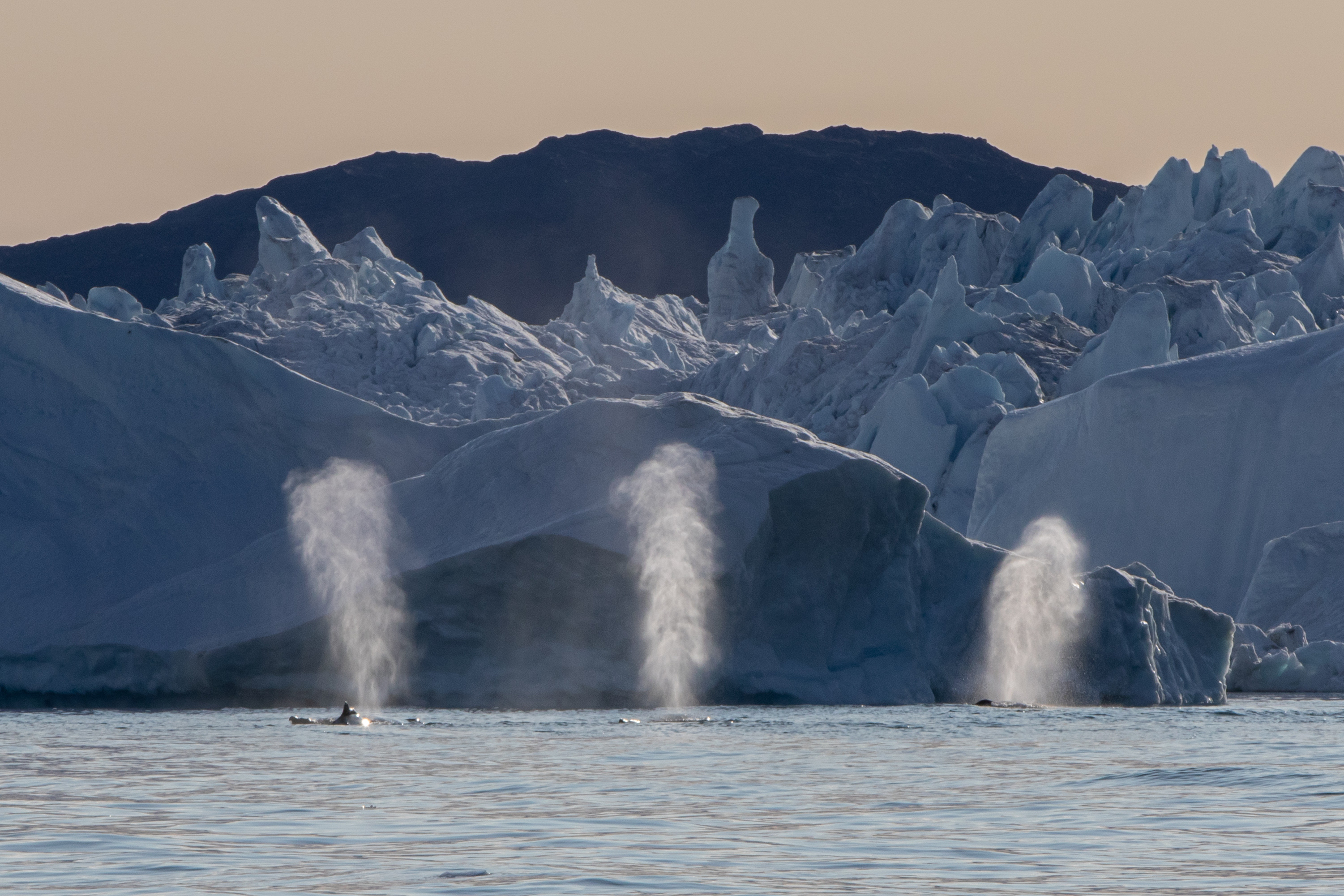 Do you have whale photos from your previous Lindblad expeditions? Did you know that there is never such thing as ‘having too many whale photos?!’ By submitting humpback whale tail (fluke) images to Happywhale.com, you can directly contribute to research efforts to track whale movements and estimate survival or longevity. @happyhumpback runs a citizen science project which receives fluke photos and attempts to match them to a giant database, using automated pattern recognition. Lindblad is a keen supporter of this project. Photographers who contribute receive rapid feedback about where and when ‘their’ whale has been seen. Happy Whale then allows you to follow these whales forever more. Think Facebook, but with whale-friends. Warning: it is highly addictive! 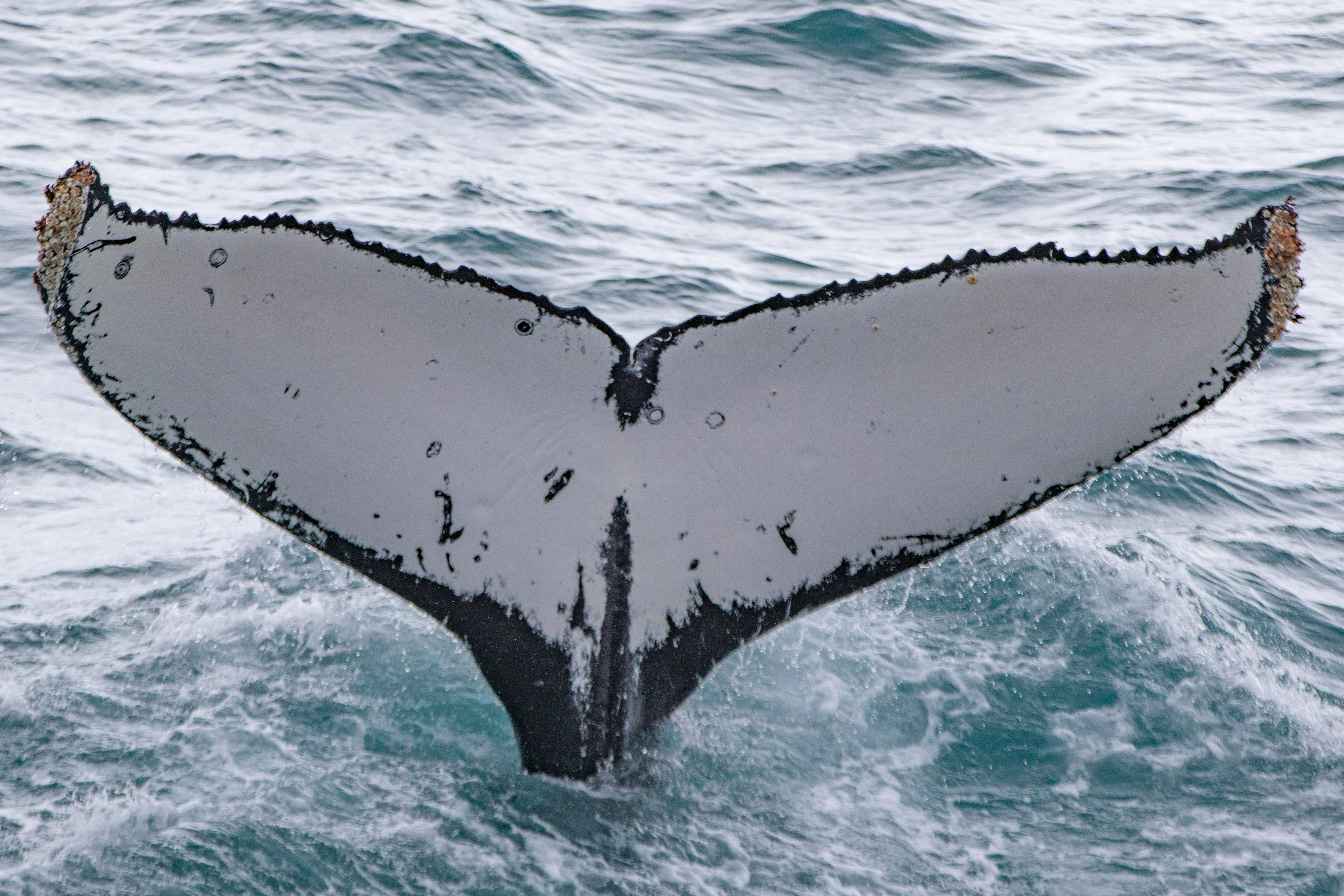 Conor captured this image of a fluke. It belongs to a female who swam 5,500 miles from Antarctic to Panama. Read more about her journey at Happywhale.com.

With extra time ashore, my fellow naturalists and I held a whale matching competition. It was a rare opportunity for us to express our competitive nature which we usually conceal so effectively! The rules were simple: dive deep into your hard drives and dig out as many whale fluke images as possible; the older the better. Submit them to Happywhale.com and see who comes back with the longest distance or longest duration ‘match’ with a previously documented whale.

One of my own records was an early contender for the most interesting whale ‘match’. It is among the longest migrations documented from a Lindblad ship: a humpback whale that migrated 5,500 miles across 70 degrees of latitude from the Antarctic Peninsula to Panama! See her fluke image above. 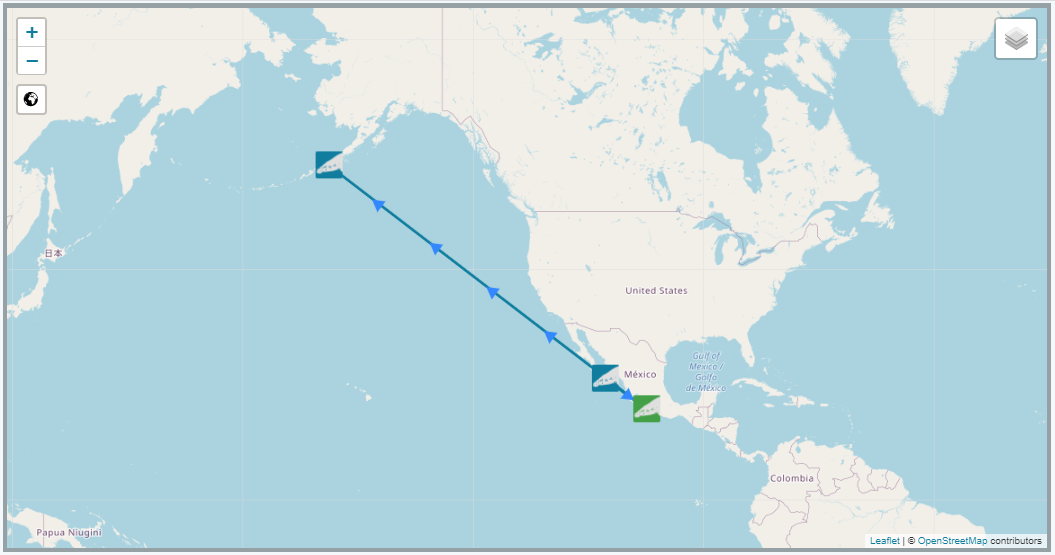 But a record by naturalist Mike Greenfelder (photographed) was far more impressive. Mike photographed the very same individual humpback whale both in Baja (February 2007) and again 12 years later and 3,500 miles away in Alaska (June 2019)! 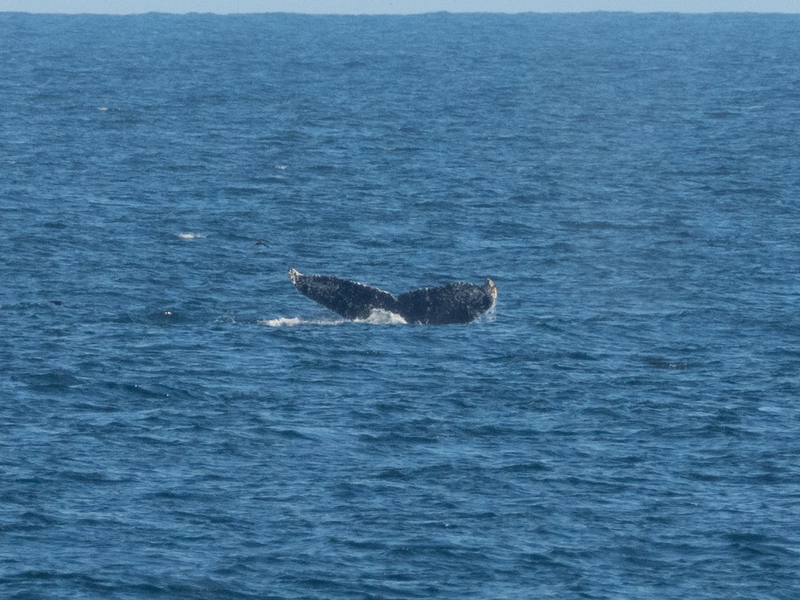 Some humpback whales that we see on our expeditions migrate between our different travel destinations. Lindblad guests and staff have submitted photos of over 1,100 individually recognizable humpback whales to Happy Whale, since this citizen science program began. Twenty eight of these whales, photographed during Antarctic expeditions, were matched to tropical breeding grounds thousands of miles to the north in: Panama (14), Ecuador (7), Colombia (4), and Galápagos (1). 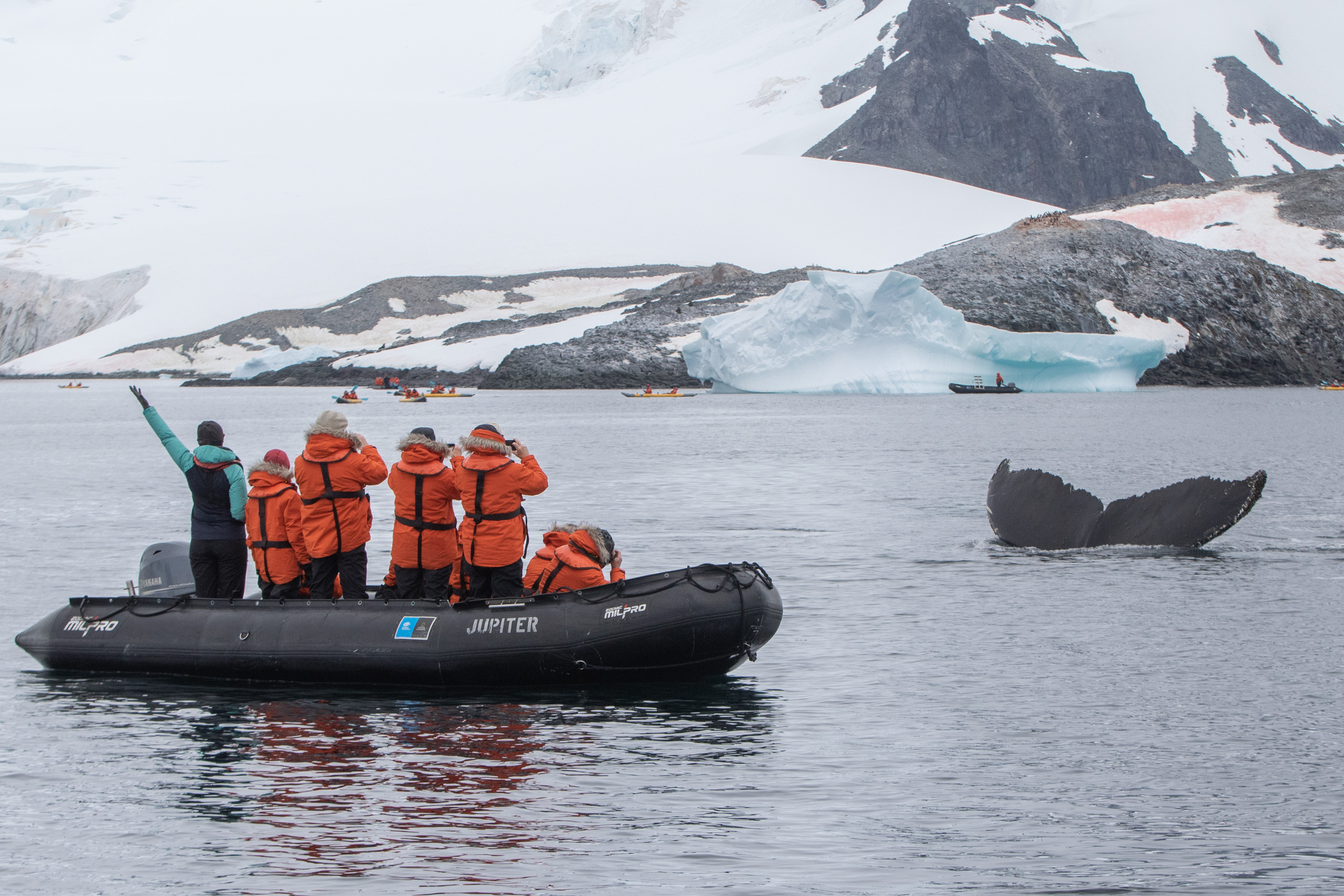 Naturalist Jamie Coleman photographed a humpback whale in January 2020 while on an expedition to Antarctica on board National Geographic Orion. Happy Whale compared it with 40,000 other documented whales and found a match! It is a male known as El Zorro. Since 2017, he has been photographed three times in Colombia, some 5,000 miles away. 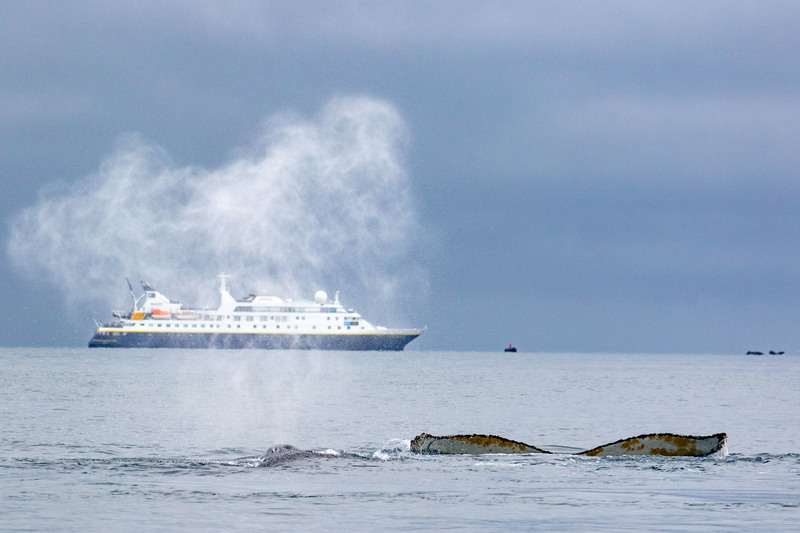 Reliable methods to age whales were invented after commercial whaling had already exterminated the largest and oldest humpback whales. Therefore, our understanding of humpback whale potential lifespan is inaccurate. Although they have been aged to 48 years, they most likely have lifespans similar to ours. 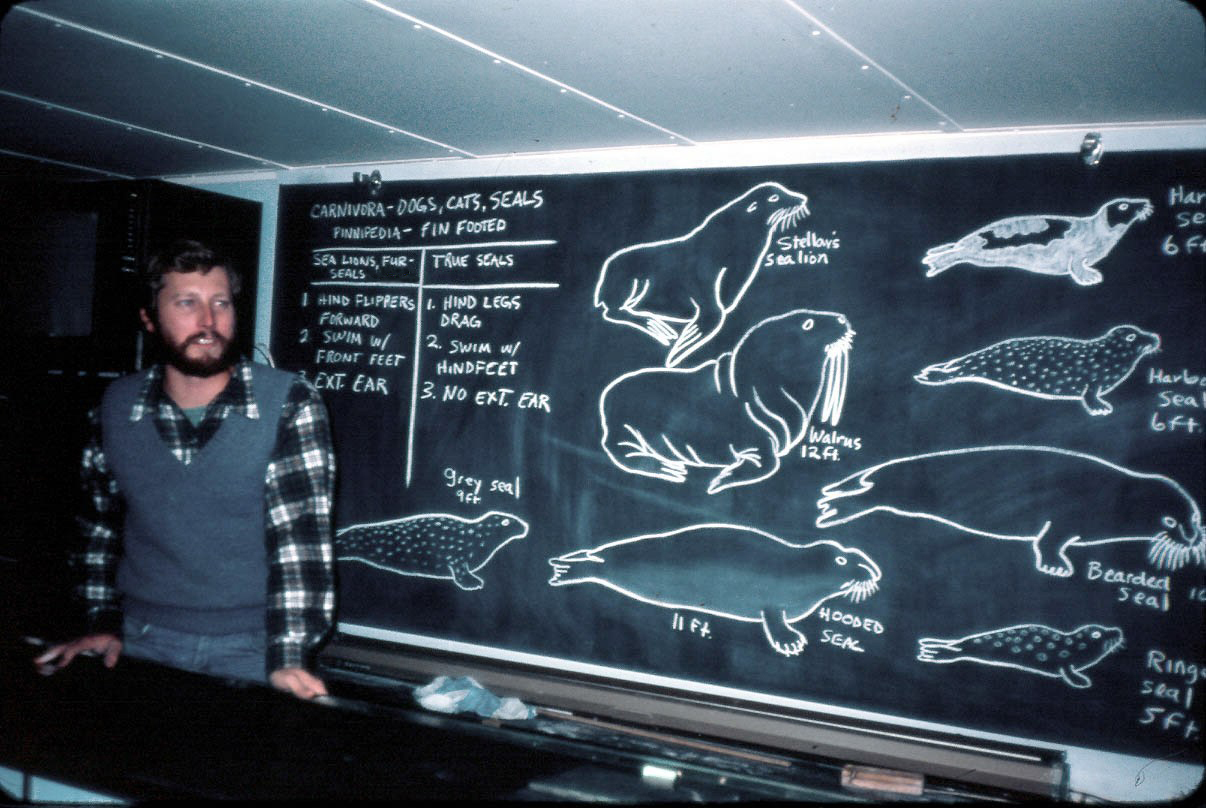 In our recent quest for the most impressive humpback whale photo-identification record from a Lindblad expedition, Tom Ritchie blew us all out of the water. Back in 1977, Tom photographed an adult humpback whale “BREE-KOD04_0803_1_0054” (such a memorable name 😆) in Prince William Sound, Alaska. This same whale was photographed again 27 years later in 2004 by whale scientist Bree Witteveen in the Gulf of Alaska. It is the longest duration photographic match for the North Pacific in the Happy Whale database! 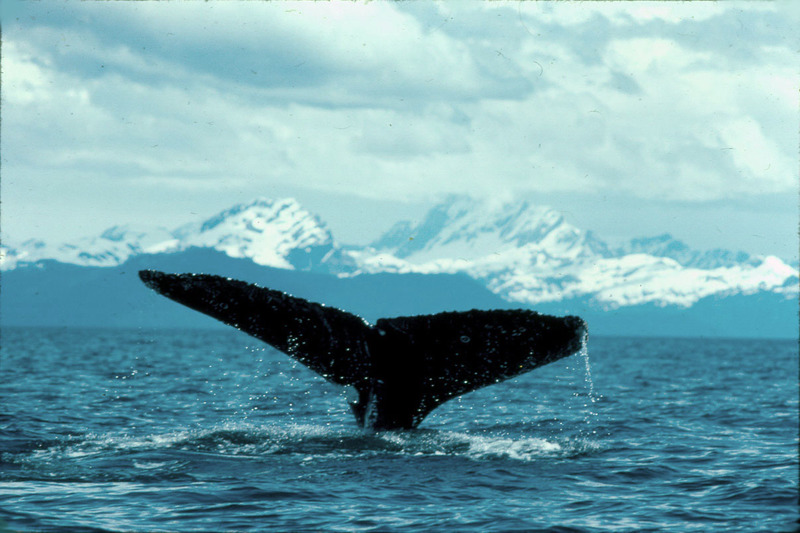 Tom shared his thoughts on this exciting record: “Humpbacks were not so common back in 1977, and as I remember, this was my very first close encounter with a whale…any whale. It was obviously a mature animal at the time, so it would be very impressive if it were still alive today.”

Learn more about Conor Ryan’s work at Conor Ryan Photography or follow him on Instagram and Twitter @whale_nerd. And find out when and where Conor will be traveling next.

Many Happy Returns: Repatriating the Lindblad ...