When people think of snorkeling, the image that most often comes to mind is that of warm, coral reef-filled waters in places like French Polynesia or the coasts of Central America. Travelers seek out Japan for many reasons, but snorkeling has generally not been one of them. And that is a missed opportunity. Made up of nearly 7,000 islands, the country may be one of the most underrated snorkel spots around.

While there are many possible locations to get up close and personal with marine life off the Japanese coast, the most incredible place has to be on the southern tip in what is known as the Ryukyu Arc, a geologic area made up of a chain of volcanic islands. Here, the climate is sub-tropical so the waters are warm for much of the year and colorful coral and marine life is on full display. 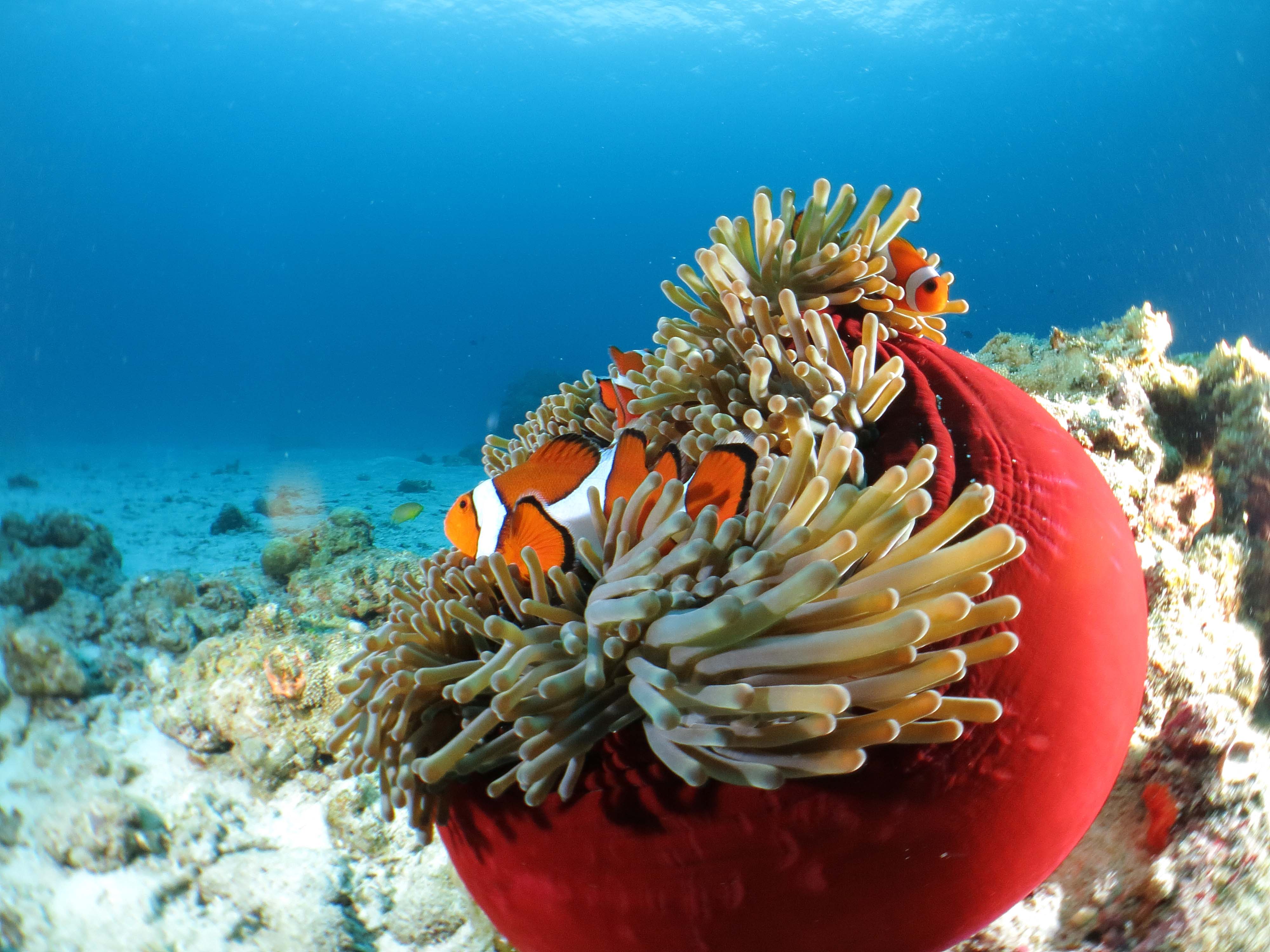 Okinawa is the largest of these islands and the best entry point for underwater adventures in Japan. From shallow reefs to the deep blue waters off the coast, there is an aquatic option available for visitors of every skill level. One of the most vibrant underwater destinations in the area is the Blue Cave, a very special spot off Cape Maeda that is known for its glowing azure hue. Fortunately, it welcomes both beginning snorkelers and more serious scuba aficionados so everyone can experience the otherworldly color and light. Huge schools of tropical fish thrive in and around the cave and they are unphased by humans—so don’t be surprised if some swim right up for a closer look.

The wildlife is plentiful in other parts of Okinawa as well. Snorkelers can spot clownfish, lionfish, butterfly fish, golden sweepers, three species of sea turtle, and garden eels, among the abundant sea life. This area is also home to an elusive marine resident, the Okinawa dugong. A relation of the manatee, the herbivorous dugong lives and feeds on the local seagrass. It is believed that it was one of these sirenians, as this order of mammal is known, that was spotted by early sailors and mistaken for a new type of sea creature—the mermaid. These days the dugong is considered a critically endangered species, but environmental groups are fighting hard to secure protections and support conservation of these gentle giants. 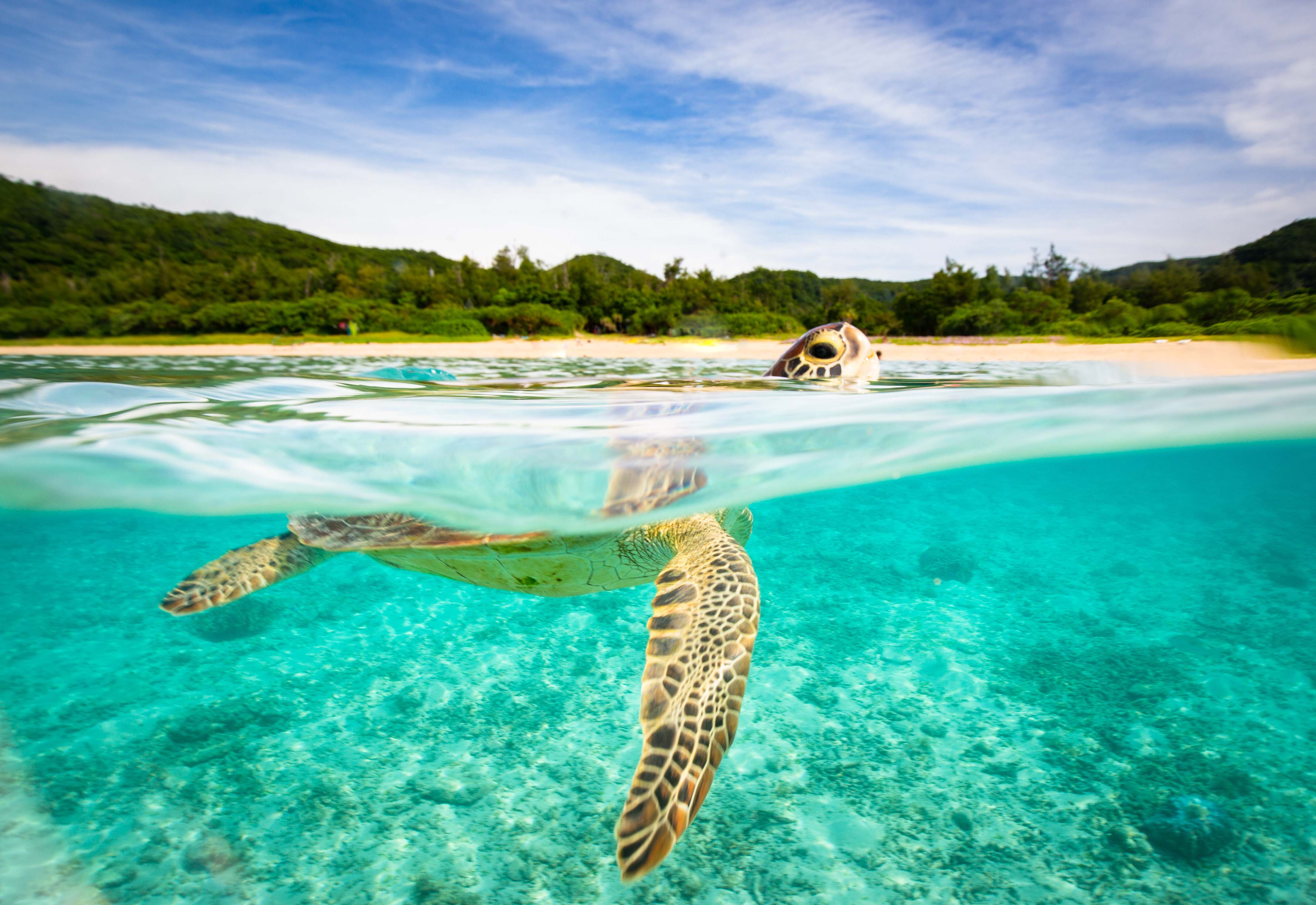 Just to the east of Okinawa lie the Kerama Islands, a snorkeler’s playground with waters so beautiful they inspired a new color—Kerama Blue—and plenty of white-sand beaches to explore when it’s time to dry off. But if coral reefs are what you’re after, head for Miyako Island, just over 175 miles to the southeast. Miyako is home to Yabiji, the largest concentration of coral reefs in all of Japan. This collection of nearly 100 reefs sits in fairly shallow water, making them both easy to explore, even for first-time snorkelers, and sometimes visible from shore when the tide is low. Sea turtles are among the popular local marine sightings in both Kerama and Miyako. Just be on alert, a sea turtle’s favorite snack is a box jellyfish which has a venomous sting.

And continuing all the way south you’ll find the Yaeyama Islands, the most remote part from Japan’s mainland. Although this region is also rich in reefs and exotic fish, there’s one special sea creature that draws snorkelers and divers here: the manta ray. The largest species of ray, mantas can usually be seen year-round, though a sighting is much more likely from June to October. Their main swimming grounds are off the coast of the island of Ishigaki, which has paid homage to its star attraction by naming two of its main dive areas—Manta City and Manta Scramble—after it.

While visitors to the Ryukyu Arc will find many of Japan’s signature allures—delicious food, exquisite shrines and temples, and plenty of on-land nature—one of the delights of travel is exploring the unexpected side of a destination. Given the thriving marine life on its southern edge, Japan is poised to become a hotspot for undersea lovers. Until then, it remains one of those coveted lesser-known snorkeling gems.

Searching for the Spirit Bear in ...