In West Antarctica, an iceberg about twice the size of New York City is about to break away from the main continent. The area is known as the Brunt Ice Shelf, it’s about 492 feet thick, and the part of it that is in danger of breaking off is about 660 square miles. The question is not whether or not the ice shelf will break but whether or not it will be held in place by the land underneath. 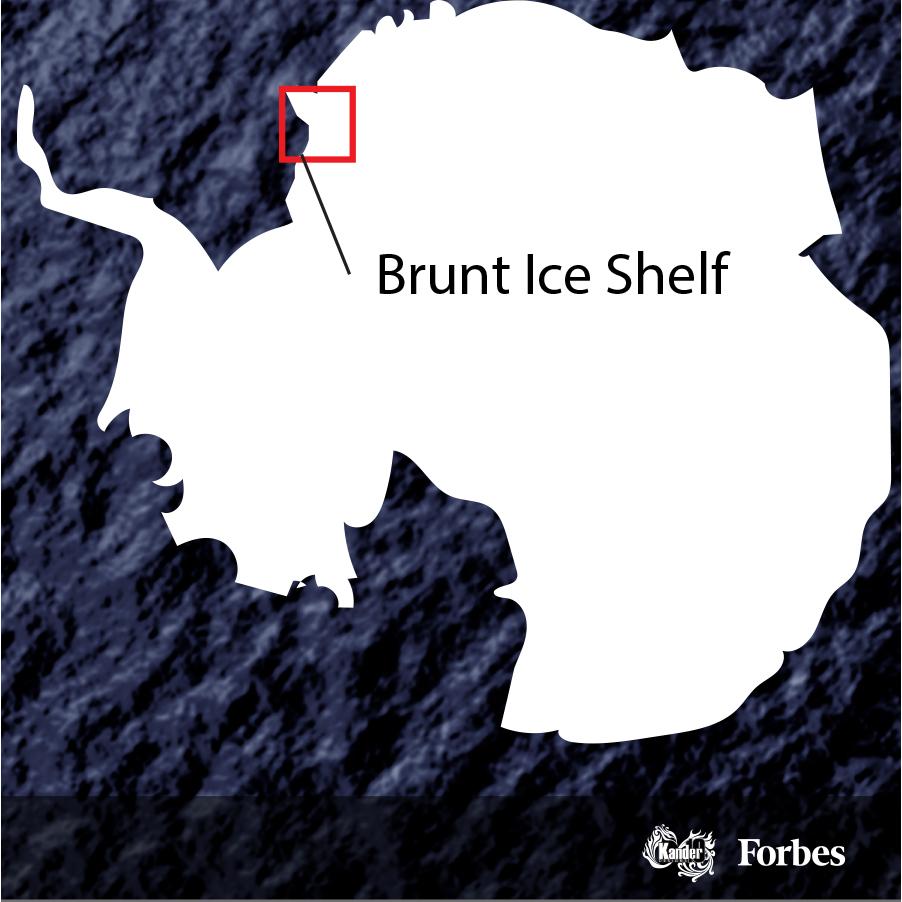 The Brunt Ice Shelf, it’s about 492 feet thick, and the part of it that is in danger of breaking off is about 660 square miles.

Back in 2012 scientists noticed some development in a crack known as Chasm 1. For 35 years of observation, the chasm had remained dormant but now scientists could see that it was growing. Since that time the chasm has been expanding across the ice shelf at a rate of 2.5 miles per year. This movement was seen as dangerous and even forced the Halley IV research station to move to the other side of the ice shelf. As of right now Chasm 1 is only 4.3 miles away from an area known as the McDonald Ice Rumples. If the chasm connects with this area then the break will be complete and the ice shelf will have separated from the rest of Antarctica.

The unstable ice shelf is now the most closely watched area on the continent. It is monitored by European Space Agency’s Sentinel 2, the NASA Worldview satellite, US Landsat 8, ground penetrating radar, and on-site drone footage. In addition, the width of Chasm 1 is measured by radar every two hours in order to properly inform daily operations on the ice shelf.

There is a chance that the ice shelf will remain in place gripping the land underneath. It all depends on whether the chasm moves upstream or downstream from the McDonald Ice Rumples. Even in the best case scenario, the ice shelf stands a good chance of breaking off into the sea. 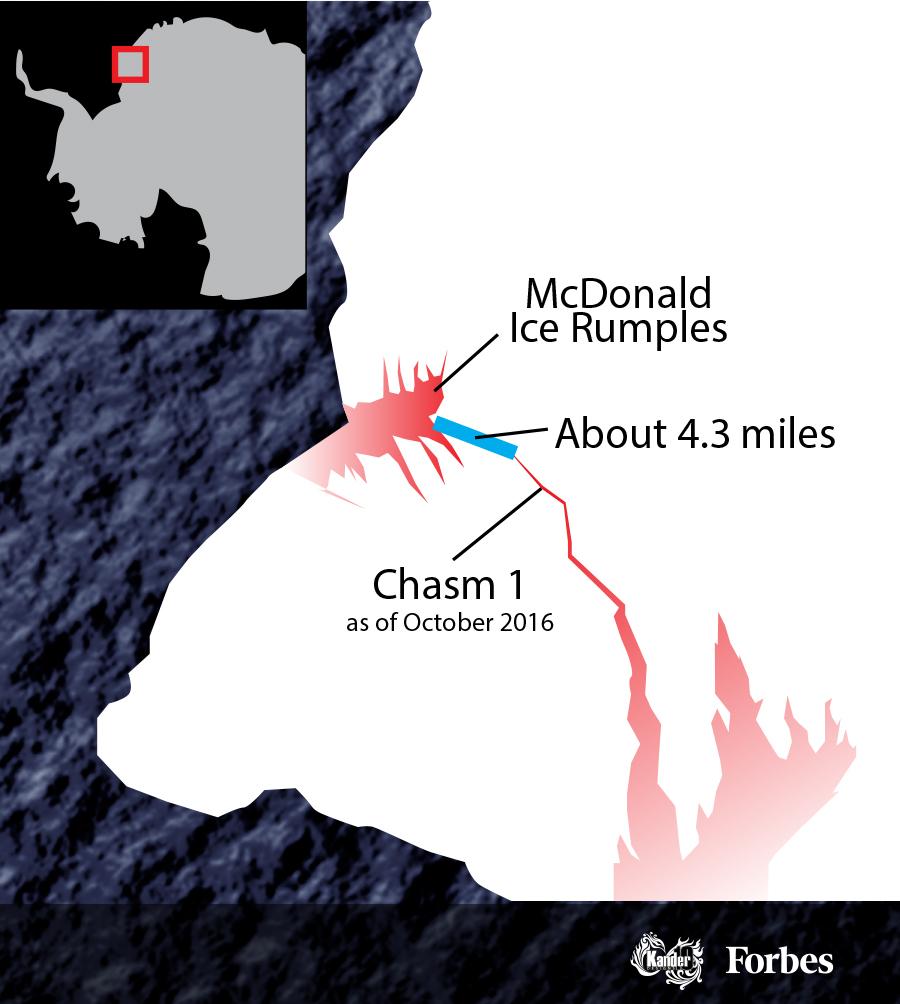 For 35 years of observation, Chasm 1 had remained dormant but now scientists say it is growing at a rate of 2.5 miles per year.

In addition to the danger of Chasm 1, there is another crack that was detected in October of 2016. This crack seems to originate in the McDonald Ice Rumples and is at least as long as Chasm 1. It is headed in a different direction than the chasm but has the potential to cause problems on its own. So far the crack has blocked the regular supply route for the Halley research station and along with Chasm 1 has made the area so dangerous that the research station has to be closed over the winter. 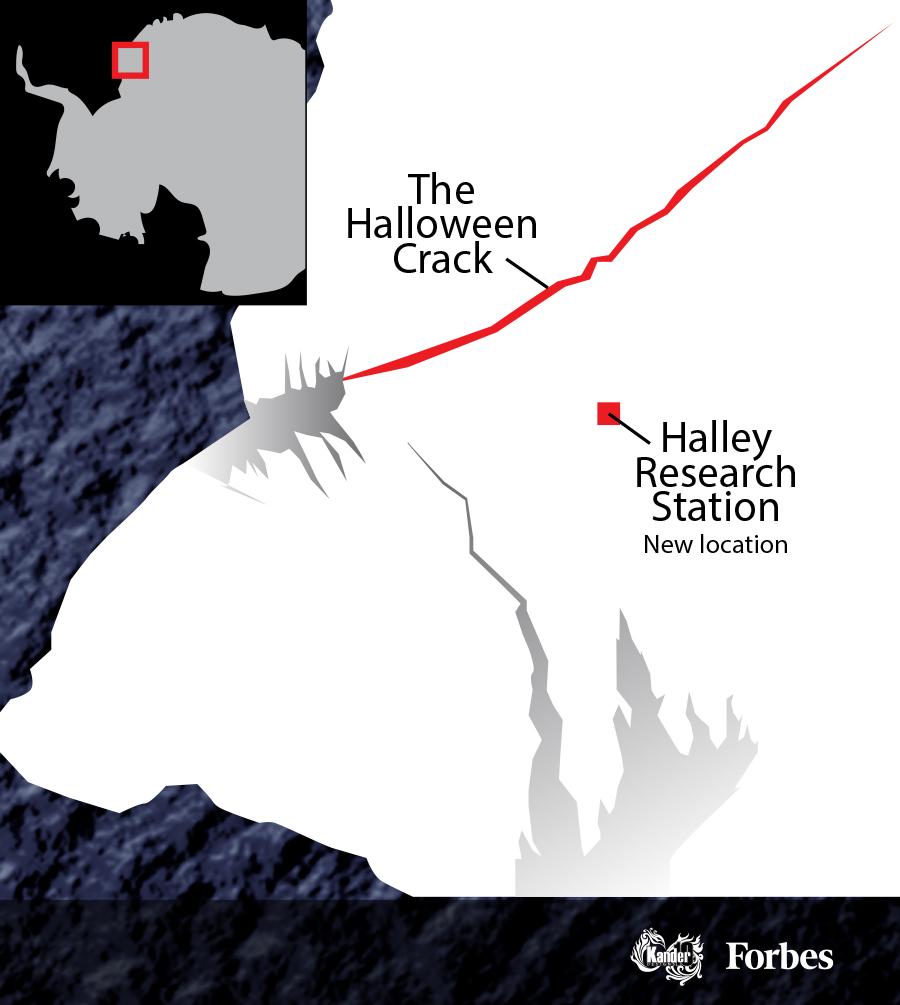 First detected in October of 2016, this crack seems to originate in the McDonald Ice Rumples and is at least as long as Chasm 1.

The future of the Brunt ice shelf does not look good. The break will probably happen in the next year or two and until then scientists are not exactly sure what is going to happen. All we can do is wait.

You can read more about the Brunt ice self here.

This article was written by Kevin Anderton from Forbes and was legally licensed through the NewsCred publisher network. Please direct all licensing questions to legal@newscred.com.