Long before our monthly e-newsletter Un/Mapped came on the scene, there was the Special Expeditions Traveler. Our original printed newsletter was mailed out quarterly and packed with detailed stories from around the globe. We scoured the pages of past issues to bring you some interesting highlights from over the years.

1981:  THE MAIDEN VOYAGE AROUND BAJA CALIFORNIA

Sven Lindblad was immediately enchanted by Baja California. He knew he had to find a way to share this incredible place with travelers, but he also realized it was an ecologically delicate area that needed to be approached with care. This highlight from one of the very first newsletters shares excerpts from the maiden voyage and some fascinating behind-the-scenes details. 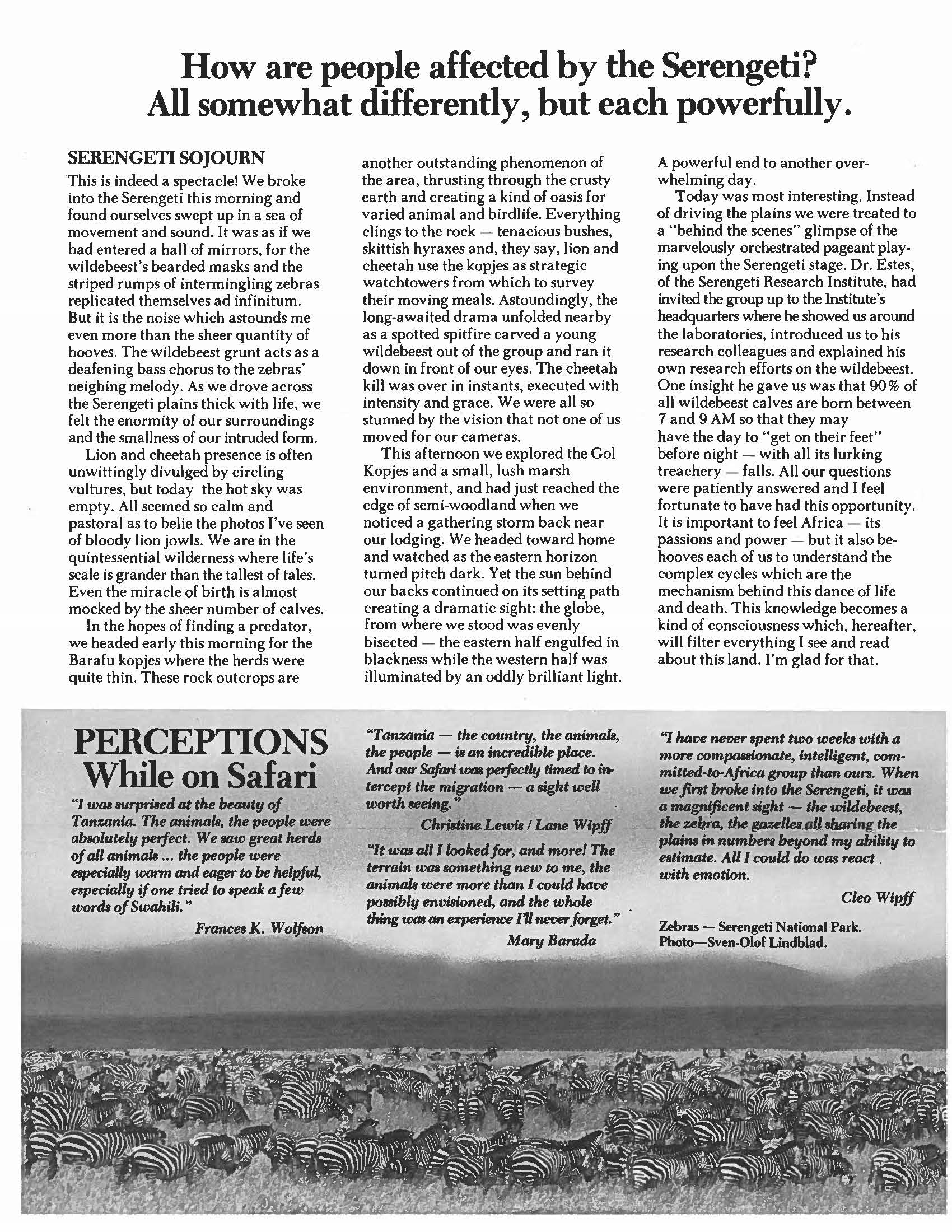 Before Special Expeditions, Sven spent several years living and working in Africa as a wildlife photographer. He brought his passion for the Serengeti along with him and safaris were a key program in the early days of the company. Read this vivid expedition report from the African plains and quotes from guests. 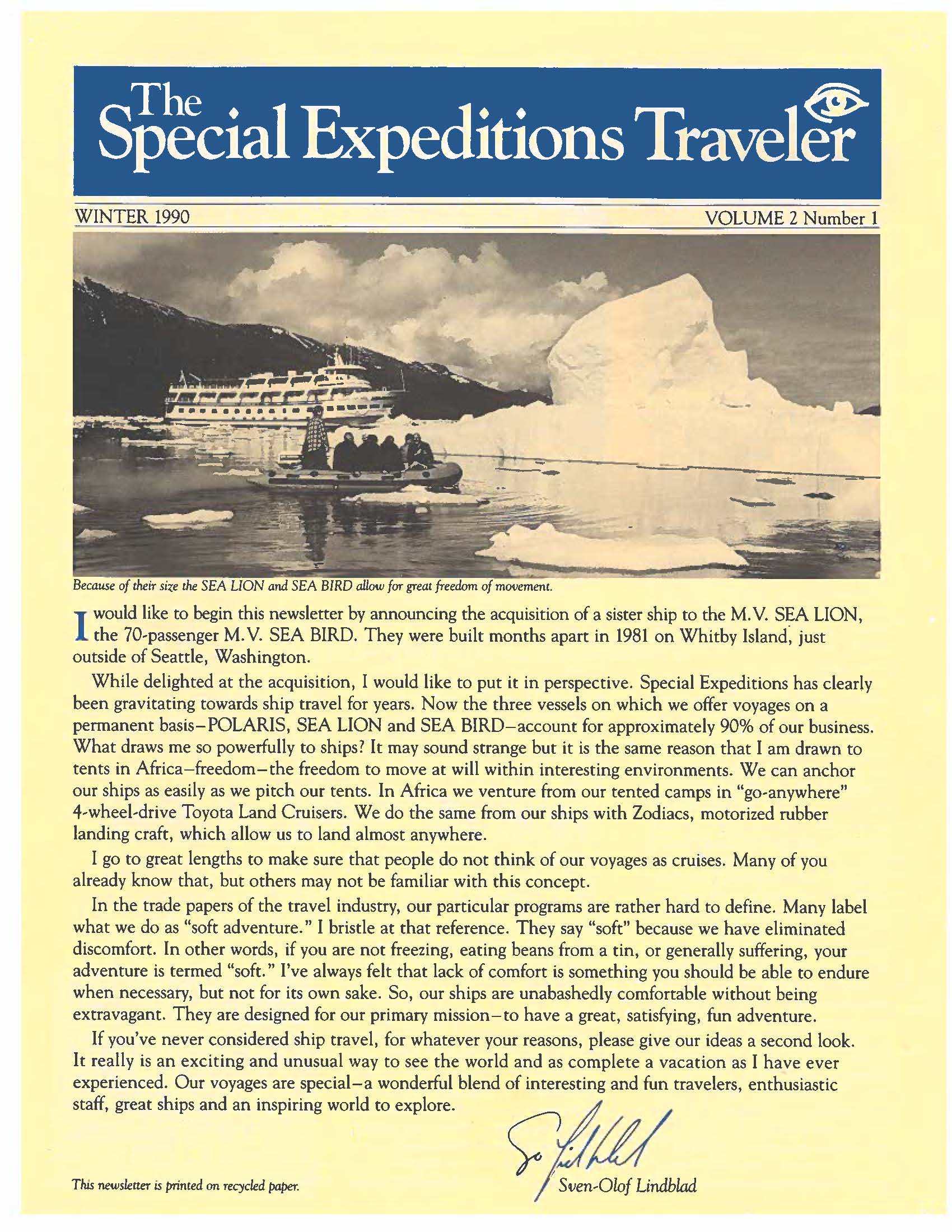 From safaris to ships: In this issue’s cover letter, Sven announced the acquisition of a brand-new expedition ship, bringing the fleet to a total of three and setting the stage for more itineraries and more discoveries in remote and pristine destinations. 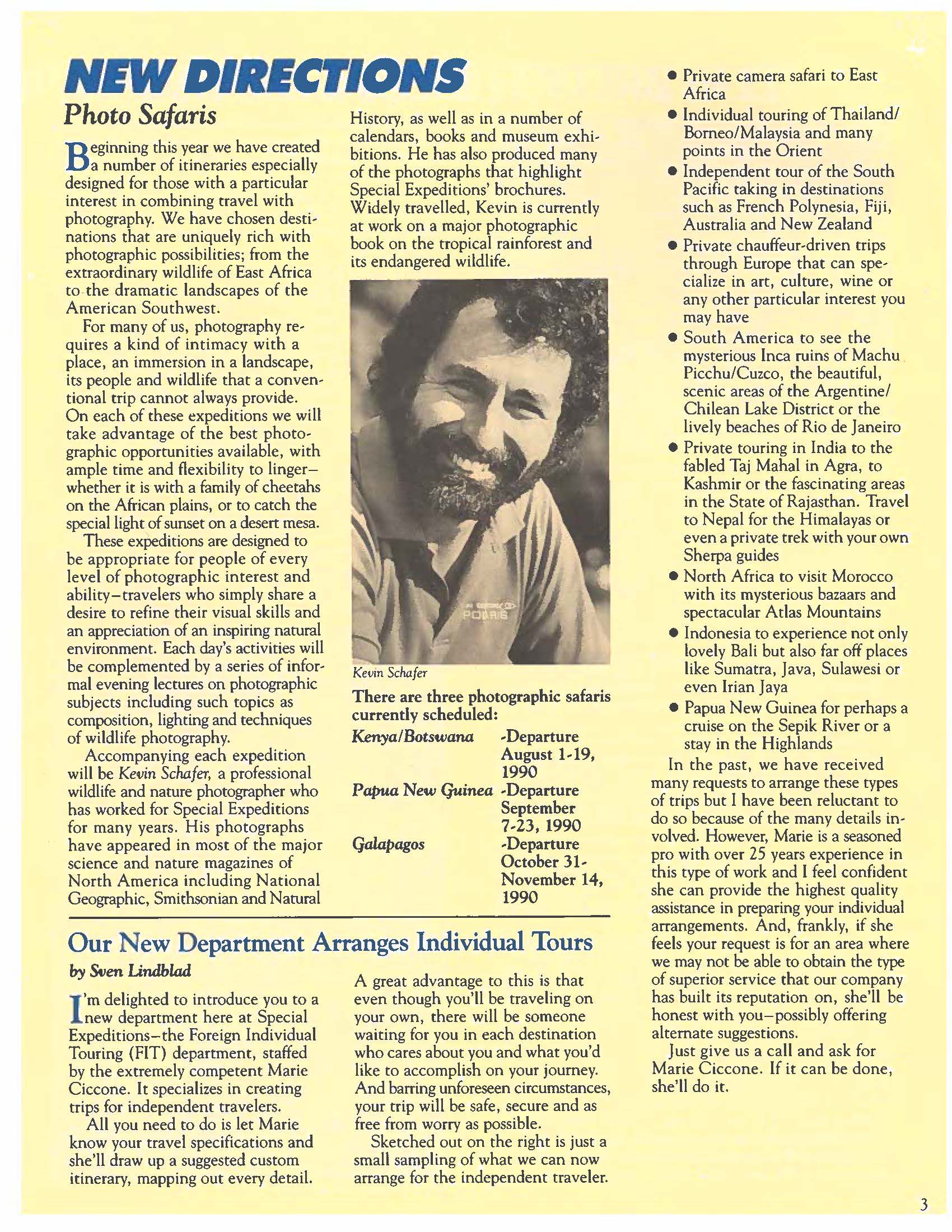 Anyone who has traveled with us knows that photography has become an integral part of our DNA. This news item detailing the very first photo safaris—to Kenya/Botswana, Papua New Guinea, and the Galápagos—shows off the origins of today’s robust photo program. 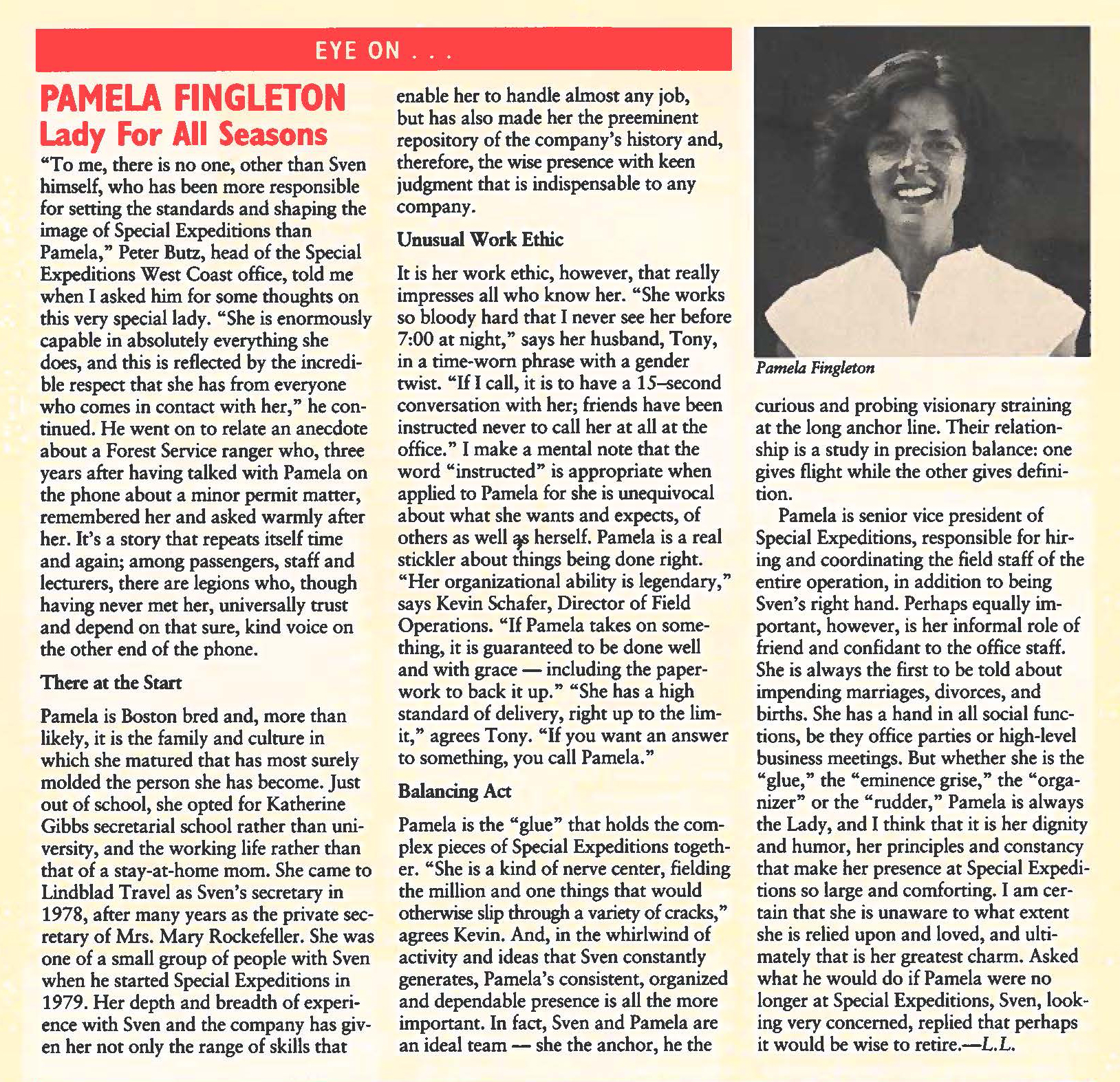 Pamela was Sven’s very first hire—40 years later she’s still working by his side. As this Spotlight story will attest, there’s no one, other than Sven himself, who has been more responsible for setting the standards and shaping the image of Special Expeditions.

1994: CARTOONS FROM ABOARD THE M.S. CALEDONIAN STAR 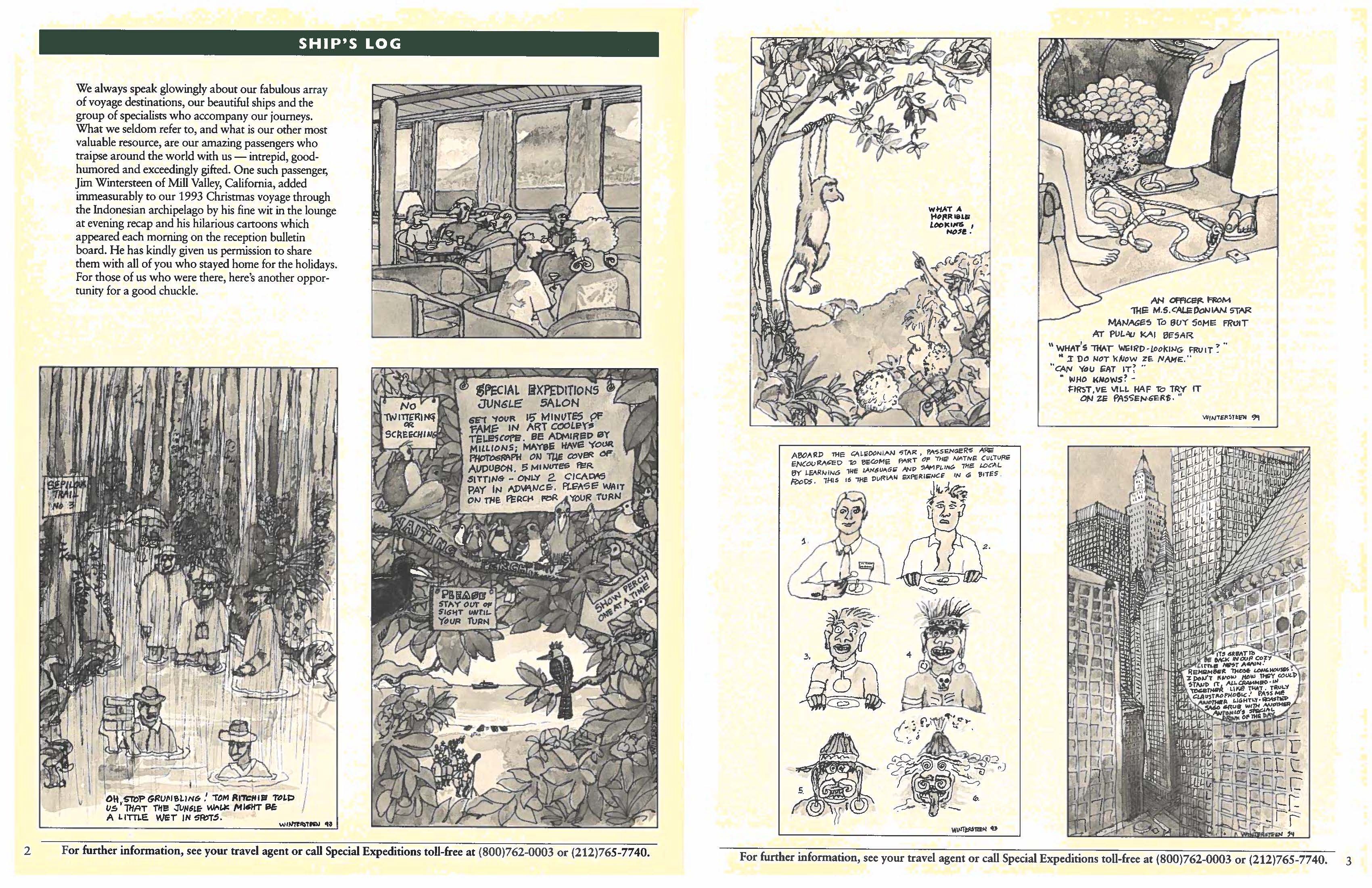 These witty cartoons were the work of one talented passenger aboard a Christmas voyage through the Indonesian archipelago. Each morning he posted his latest on the reception bulletin board for all to enjoy. 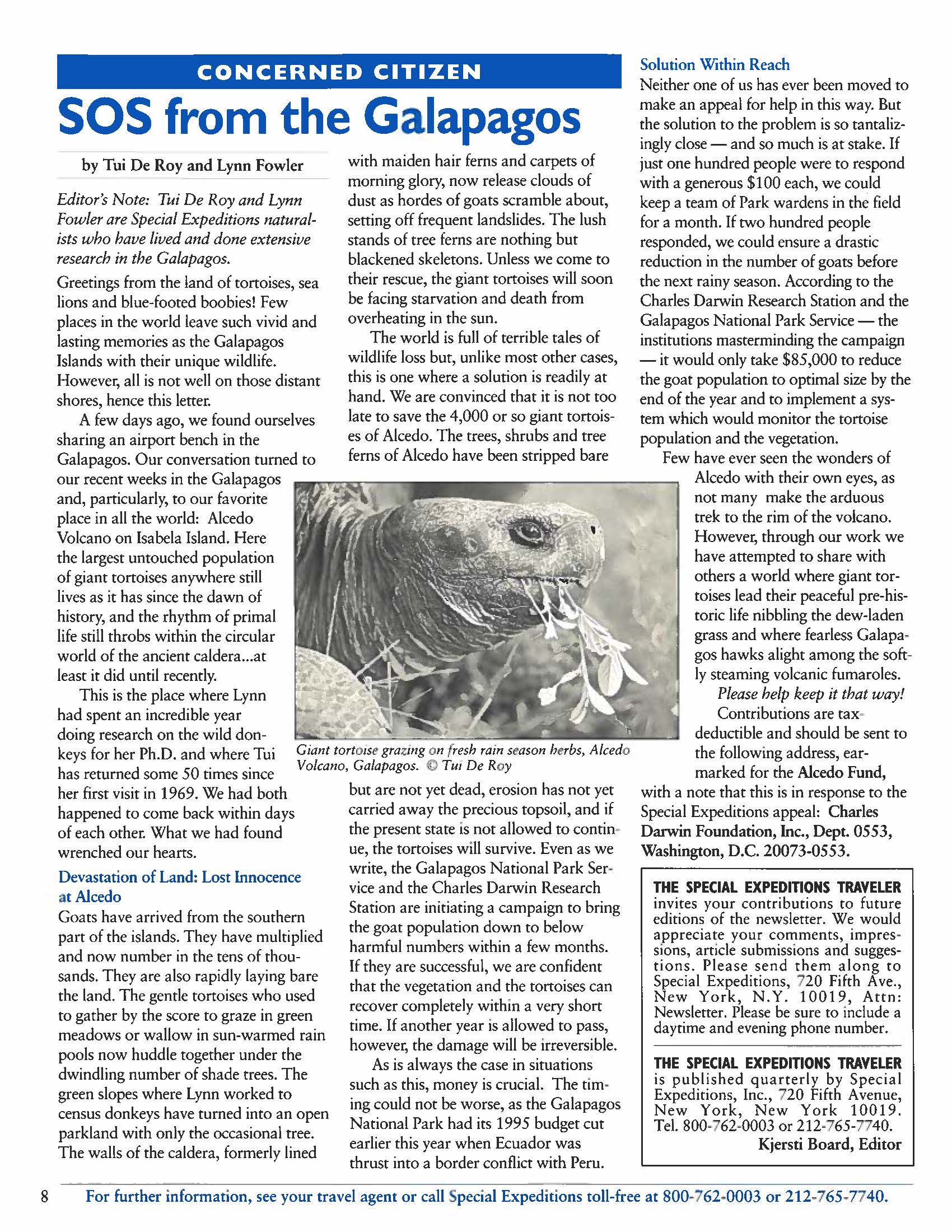 Our deepest, long-standing conservation relationship has been in Galápagos. In this piece from the newsletter’s Concerned Citizen column naturalists Lynn Fowler and Tui De Roy express the urgent need to protect tortoises from the the rampant goat population introduced on Alcedo Island. 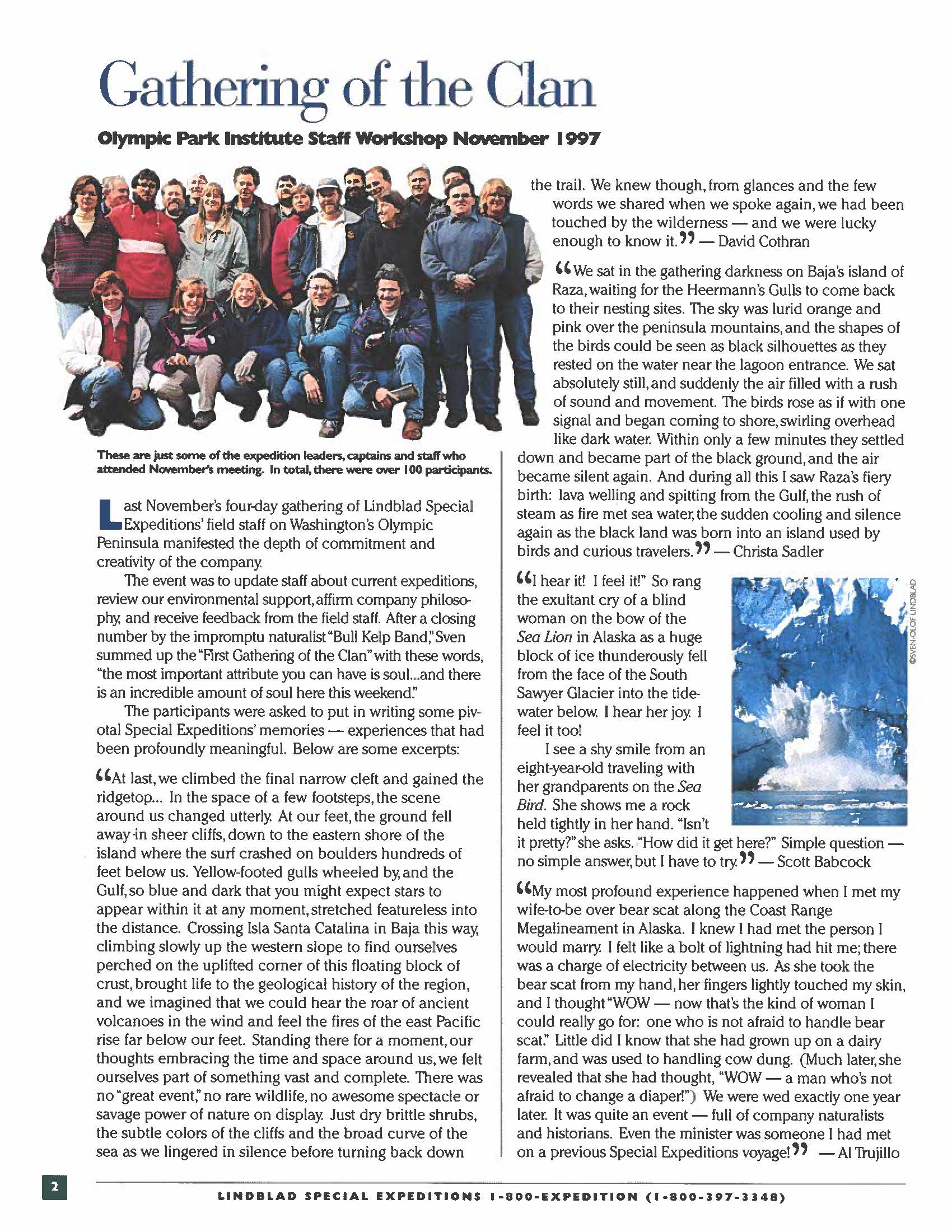 Special Expeditions launched with just two employees but little by little it began to grow. In November 1997, over 100 expedition leaders, captains, and naturalists attended the company’s first staff workshop on Washington’s Olympic Peninsula. See how it went!

SPECIAL EXPEDITIONS AND THE SEA ADVERTISEMENT 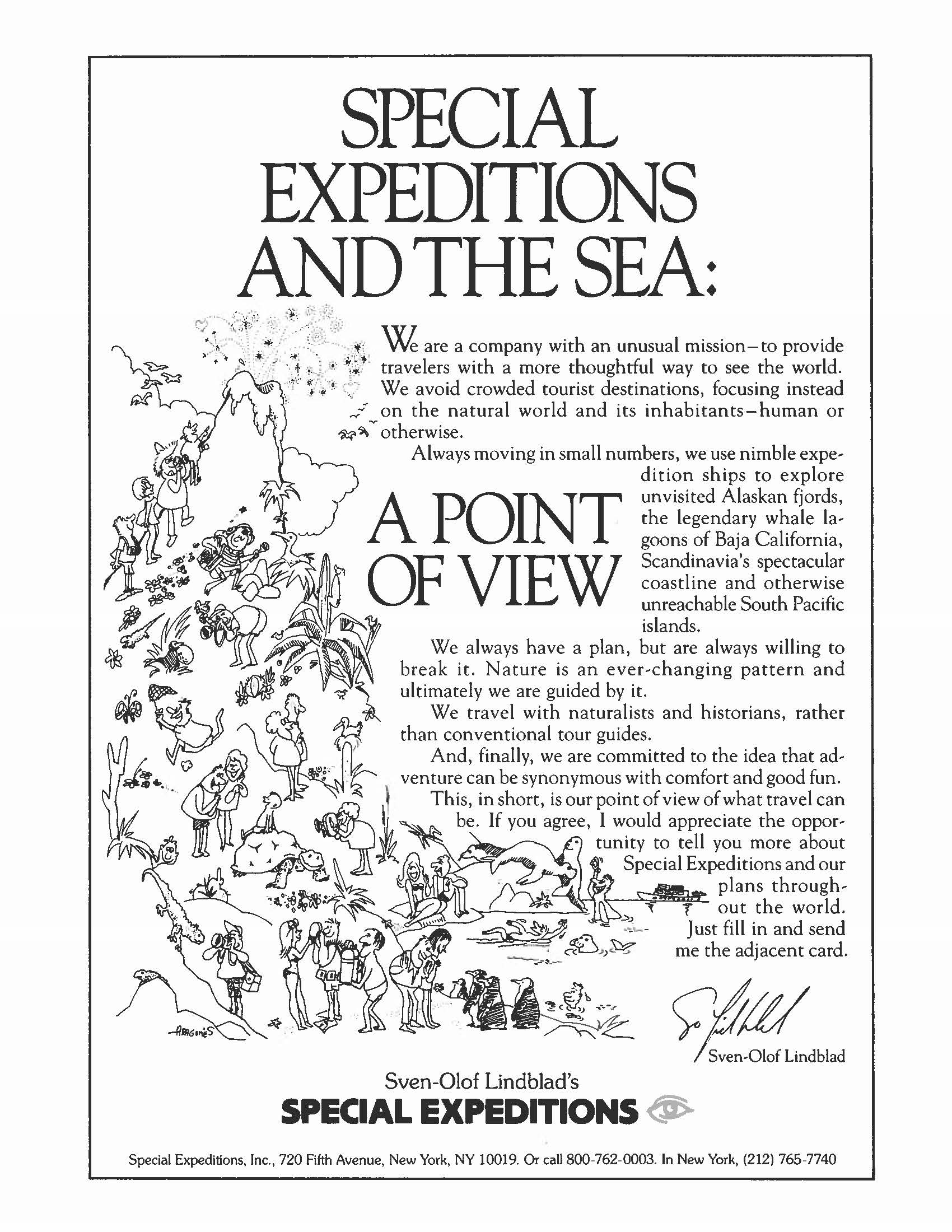 While this wasn’t found in our newsletters, we couldn’t help sharing one of the very first print ads featuring words penned by Sven and some quirky illustrations.

How Travelers are Helping Scientists Study ...