In the coastal wilderness of Southeast Alaska, the “Last Frontier” is on full display. Travelers are lured here by the chance to witness something so immense that it shakes their souls alive: the thunderous roar of a calving tidewater glacier echoing off mist-shrouded fjords; the exhilarating thrill of watching a brown bear fish just feet away; the explosion of humpback whales crashing through the surface in the buffet ballet that is bubble-net feeding. These high-octane encounters await from spring into fall, as do sublime mountain vistas, aquamarine icebergs, and a parade of killer whales, Steller sea lions, sea otters, and bald eagles.

And although wildlife-rich channels and abundant natural beauty are constants, each part of the Alaskan cruising season also holds its own allures. Midsummer makes for the most daylight hours, while the shoulder season—the first week of May and the beginning of September—is the only time one can transit the entire Inside Passage. Here, more of what makes each time period special. 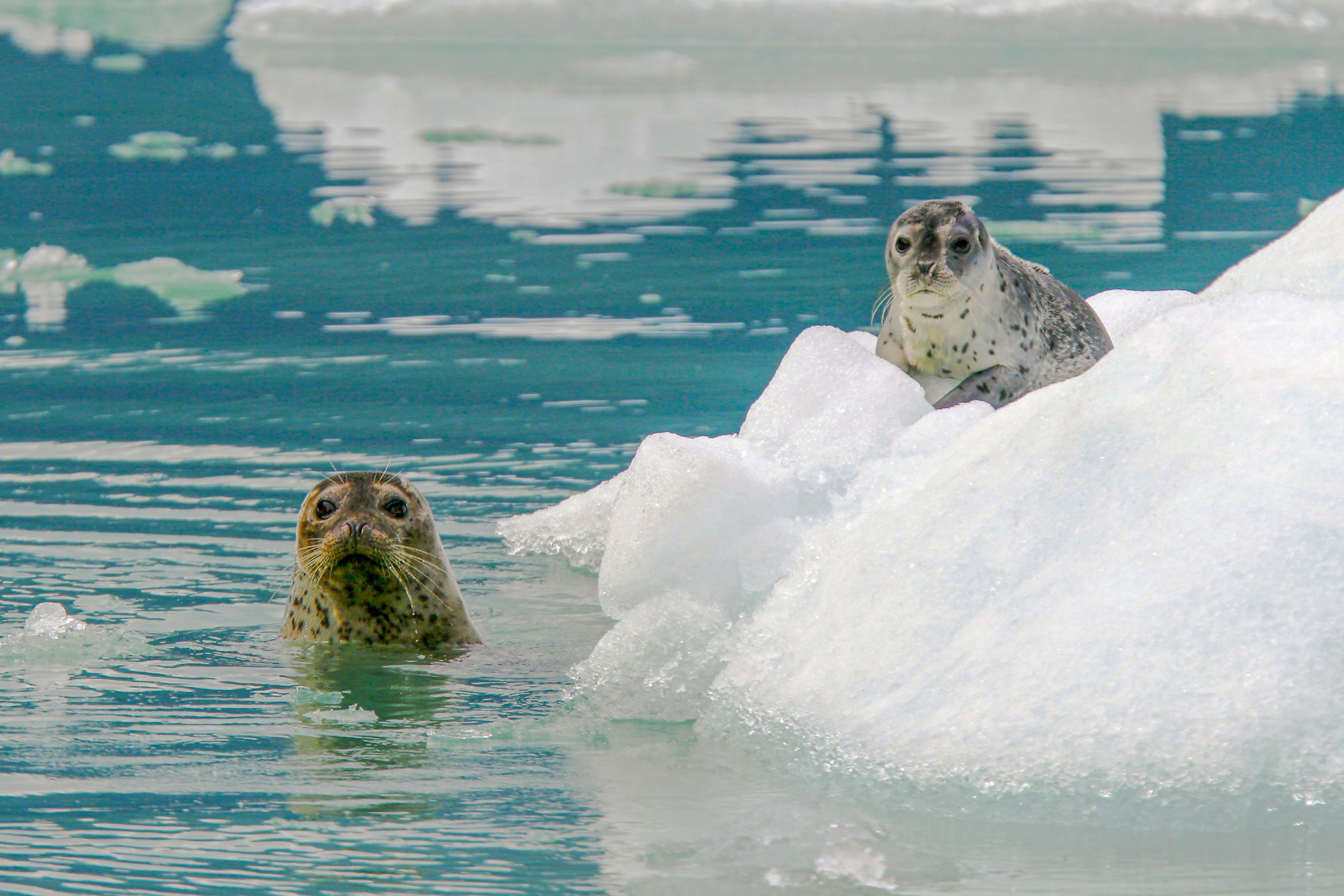 Early May, when the air is fresh with beginnings, is a favorite time to visit for Sue Perin, an expedition leader who has been traveling to Alaska with Lindblad since 1993. “The whole landscape is waking up,” she muses. “It can also be some of the nicest weather. It’s a little bit cooler [in temperature], but I’ve seen a lot of sunny weather in May.” Still-budding vegetation sets the stage for rarer wildlife sightings and lingering snow on the mountain peaks sends hungry bears and even mountain goats closer to the shoreline to feed, sometimes with adorable newborns in tow. Harbor seals also have their pups early, and you can spot them deep in the fjords floating atop ice floes for safety. Each June day bursts forth with more life, as the wildflowers bloom and days continue to stretch until the summer solstice on June 21, with 18 hours of sunlight. “It never truly gets dark,” Perin says, and the weeks before have almost equally long days that continue into July.

Summer in Southeast Alaska sparkles with boundless energy. The pristine, old-growth rainforests are bursting with green, even on cloudy days. These months generally see the warmest temperatures and longer daylight hours means more chances to spot and observe wildlife. “When we find whales after dinner, we can stay out on the bow watching them until after 10 p.m., enjoying the long lingering sunset at the same time,” says Perin. In mid-to-late July into September, the salmon will start running which lures bald eagles and bears to the streams to feast. If you’re inspired to forage yourself, late summer hiking trails are often dotted with a bounty of wild berries, ripe for the picking. And of course, the height of summer is prime time for families. In July 2019, 19 percent of the ships’ guests were under age 18. Every trip to Alaska features our exclusive National Geographic Global Explorers Program. Kids participate in a range of group activities that connect them with nature. “The energy and enthusiasm infused into these trips by the younger generation is contagious,” says Perin. 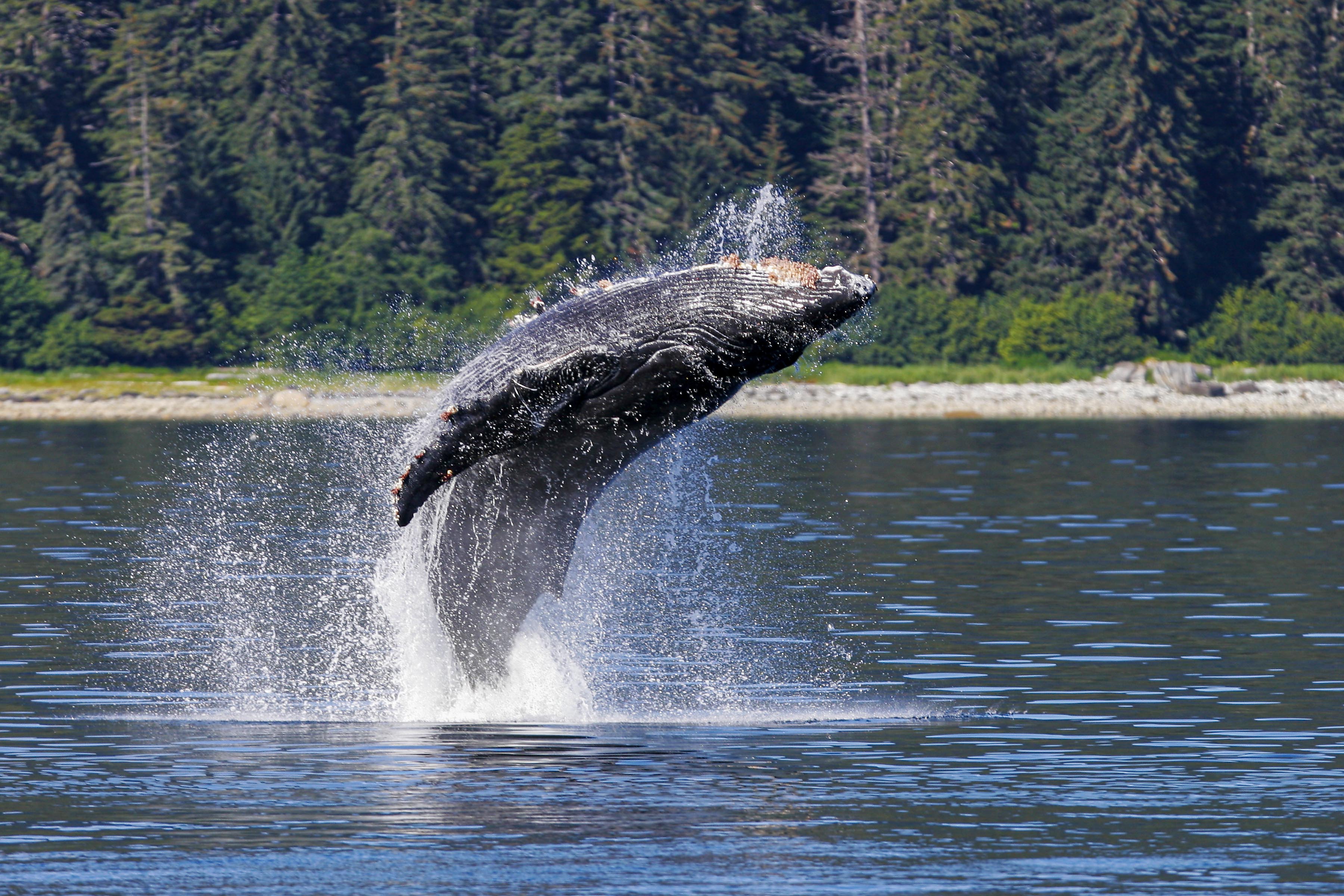 In late August, wildlife is still very active as preparation for hibernation or migration is underway—so that means lots and lots of eating. It’s “a wonderful time to predictably see large numbers of whales,” according to Andy Szabo, director of the Alaska Whale Foundation. The winter-minded wildlife aren’t the only ones putting on a show, though. Fall in Alaska is ephemeral but brilliant. “My favorite part about this time of year is watching autumn approach,” says Perin. “The cottonwoods, alders, and other shrubs turn golden yellow while the fireweed live up to their name and turn a vibrant red. This is especially striking in Glacier Bay National Park.” In September, when the skies begin to fully darken at night, the green, magnetic curtain of the Northern Lights just might shimmer overhead, ending an awe-inspiring day in Southeast Alaska with one of nature’s most breathtaking exclamation points.

Wildness awaits! Browse departure dates for all of our Alaska itineraries.

Exploring Japan by Sea: From Matsue to Okinawa ...