Avid Lindblad guest Ken Greenwood has explored the world with us on 13 expeditions — with two more booked in 2019. Here, he shares the story of how his model ship ended up in a museum.

In March 2016, when I returned from my second trip to South Georgia & the Falklands I got a bug to build. I’m a modeler in my spare time—I primarily do model railroading but I was inspired by Shackleton’s epic adventure and thought it would be fitting to make a model of the Endurance. After doing some research I was only able to find one company online that made a museum-quality model kit. It was a Latvian company called Tehnoart but they only made eight kits, which had all sold out. I sent them an email and was pleasantly surprised when just a few weeks later they replied and offered to make a ninth kit especially for me. 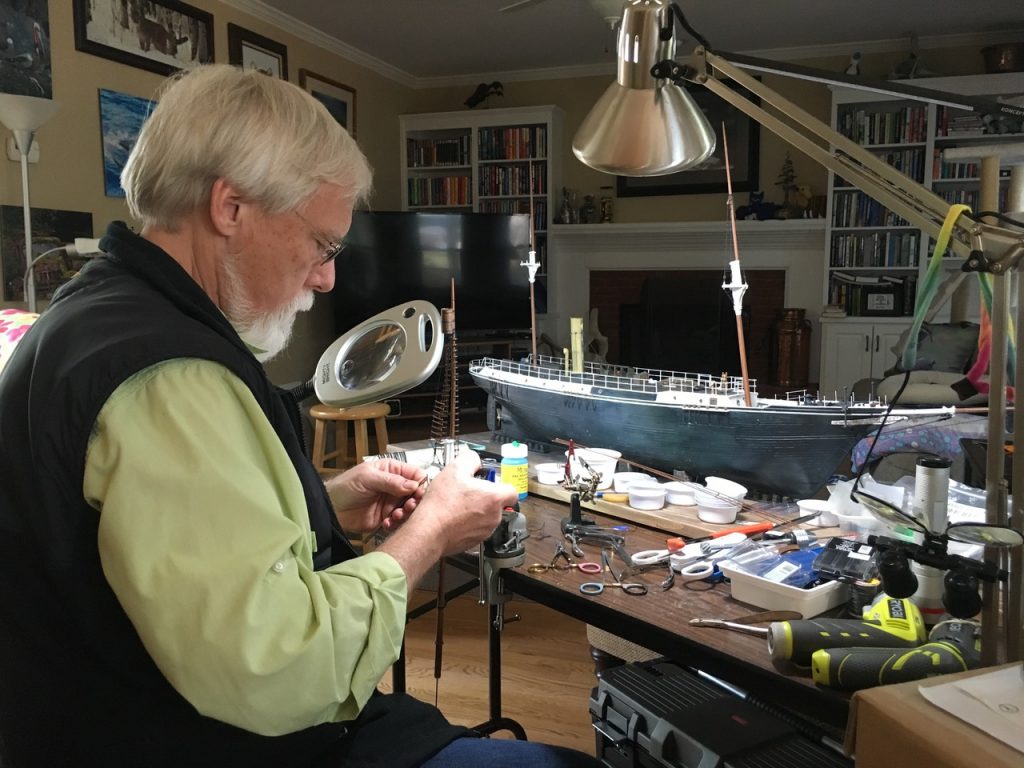 It arrived about a month later and on unpacking it I discovered there would be some challenges. The directions had virtually nothing but pictures, so I was going to have to wing it quite a bit. And there were parts that weren’t at all true to the ship. After some extensive research I dug up a number of photographs taken by Frank Hurley, who documented their daily lives in the ice, and got a better idea of what the deck of the ship looked like. And it was not pristine! It was a working boat with 60 dogs—it was kind of a mess actually—and that’s what I really wanted to recreate. 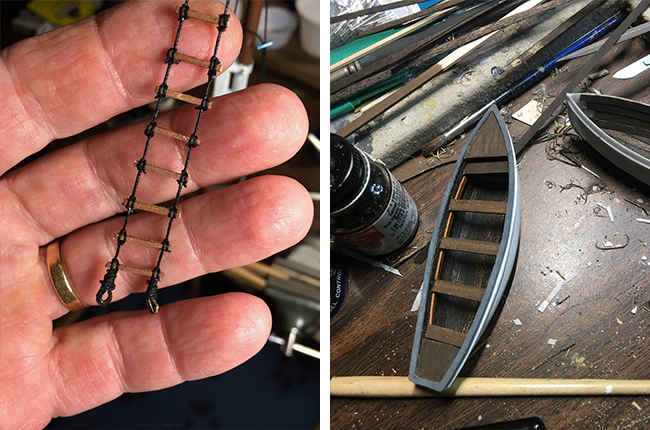 For example, the dog boxes that came with the kit were too perfect. When you look at images you can see they were just slapped together with scrap wood lashed to the tops, so a considerable time was spent making those look authentic—all 60 of them! The decking itself was too pristine so I ended up individually planking the deck to make it look realistic. I also added the sleds they had on deck—some were unwrapped and some were wrapped in canvas. And some of the lifeboats were left uncovered so you could really see the detail inside with the oars and all.

A lot of times you think of a tall ship with sails as being this giant vessel but it was only 140 feet. It’s amazing how much they packed into that space and of course you can’t even appreciate how much was under the deck and down in the hull. To create that sense of scale I finished by adding some figures including one I made to look like Hurley—he’s on the bow with his tripod and camera.

At first I was just building it to build it, but when it was done it was just sitting here in our house. I thought this doesn’t make sense—it’s got a thousand hours of work in it and I think it’s really pretty cool but who’s seeing it? My first idea was to offer it to Lindblad to put on display on the National Geographic Explorer. After much back and forth, however, we all decided that probably wasn’t the best idea and it was going to be hard to guarantee its safety. 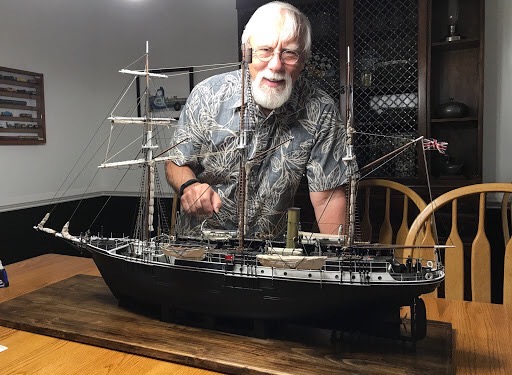 Thinking more about it my wife Beth said, you know I don’t remember seeing a model of the Endurance at the South Georgia Museum at Grytviken where Shackleton is buried. They have a full-size replica of the James Caird, the 24-foot-long lifeboat that they took back to South Georgia Island, but sure enough they didn’t have a model of the ship. I tracked down contact info for Sarah Lurcock, the museum director who put me in touch with the curator at the time. We exchanged several emails, I sent pictures, and she finally decided it was worthy of being in the museum! 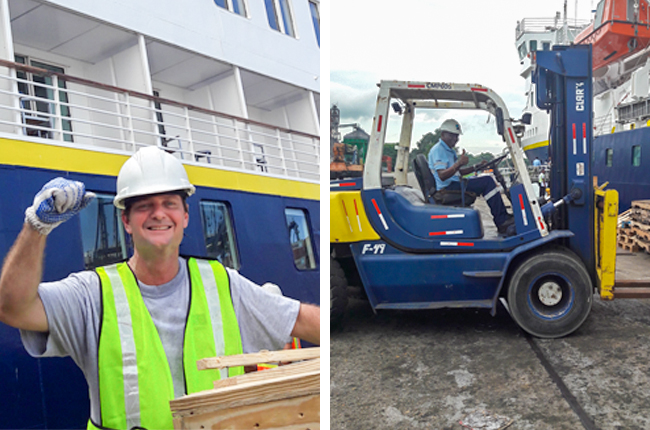 Erasmo (left) helps load the model on to the National Geographic Explorer in Cologne, Panama.

Then came the tricky part—figuring out how to transport the model down south. The only way the museum could take it was if I handled the logistics and expense of getting it there. So I turned back to Lindblad for help. With the coordination and assistance of many key players, the model was carefully crated in Georgia, trucked down to Miami, and then flown to Panama City. From there it was safely stored in a warehouse run by Erasmo Esptripeaut, a hotel manager for Lindblad who I’ve traveled with several times. None of this could have happened without him—Erasmo managed all the logistics in Panama and when it was time, personally drove the model across the country to Cologne to load it on the National Geographic Explorer. On September 28th it crossed the canal under a full moon and headed safely down to Grytviken into the hands of the museum. 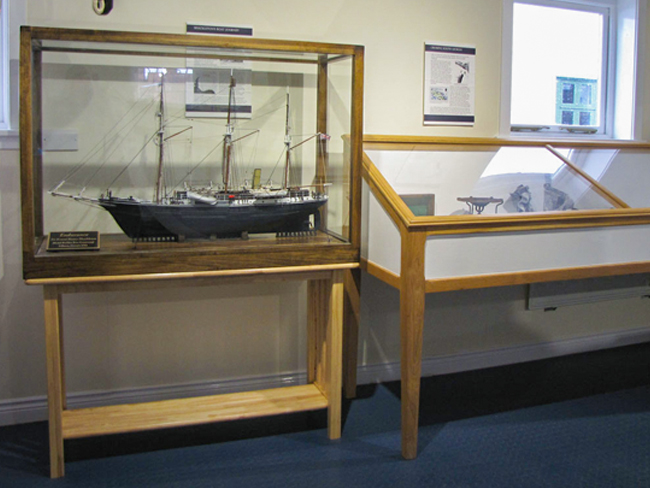 Ken’s ship displayed in its temporary site at the South Georgia Museum.

The whole process from building the ship and its case to delivery took about a year and it was really fun. I’m looking forward to heading back to South Georgia for the third time next October to finally see my model on display and make any necessary repairs. I don’t claim to be an expert model ship builder but I think what we have here does Endurance justice and I think it will represent her well in the museum.

Minga Peru’s Commitment to the Amazon’s ...