Alaska is synonymous with foraging bears, soaring eagles, and charming sea otters bobbing in the kelp. The iconic wildlife, not to mention the spectacular scenery, is what brings most people to this remarkable geography. But what most people don’t know is there’s a whole other facet of Alaska’s wilderness: the dazzling undersea. Lying below the surface is a surprisingly vivid world teeming with life that’s as captivating as the animals above. And you can experience this seldom-seen perspective thanks to our exclusive undersea program.

Divers like Kayvon Malek capture stunning video and photos of the hidden wonders beneath the ship and then screen the footage back on board at nightly recaps. Recently, Kayvon shared some of the amazing creatures he has filmed while exploring Southeast Alaska’s diverse waters. Dive in and take a look at what’s below the surface! 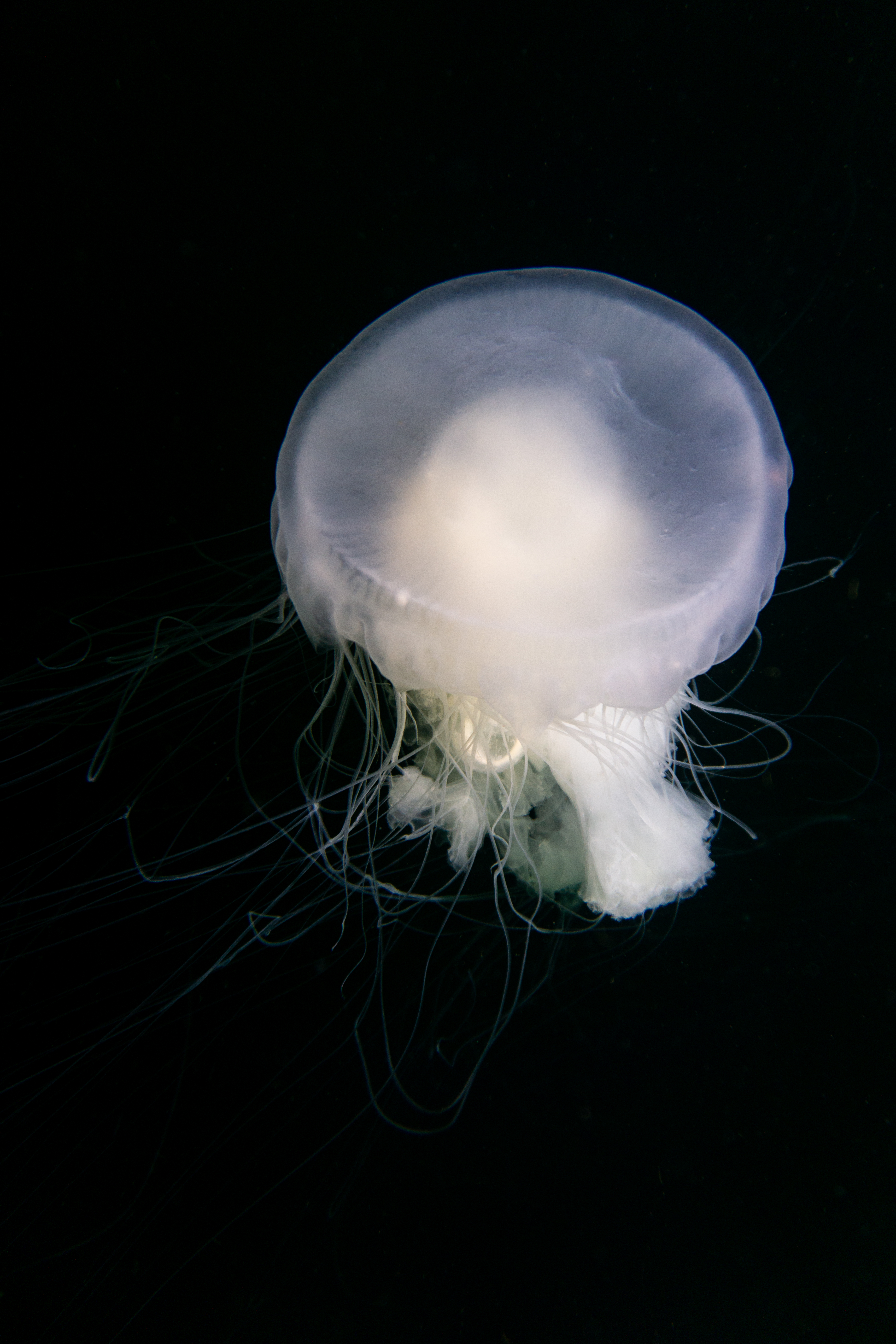 “One of my favorite photographic subjects in Southeast Alaska are jellyfish. They’re hauntingly beautiful and often seem more like aliens adrift in space than actual inhabitants of our planet. I think that really influences the way I photograph them. And man, oh man, are there a lot of jellyfish to photograph in the rich waters of Alaska. It’s one of the big treats of diving here in these rich cold waters.”

“This is the cutest, stubbiest squid there ever was… I couldn’t resist including this video. We found this squid, which is officially called Rossia pacifica, while diving in Southeast Alaska—and it was only my second time seeing one of these little squishes, which max out at only six inches long. I can’t express how lucky I feel to be able to document these amazing animals and showcase them to ocean lovers from all over. 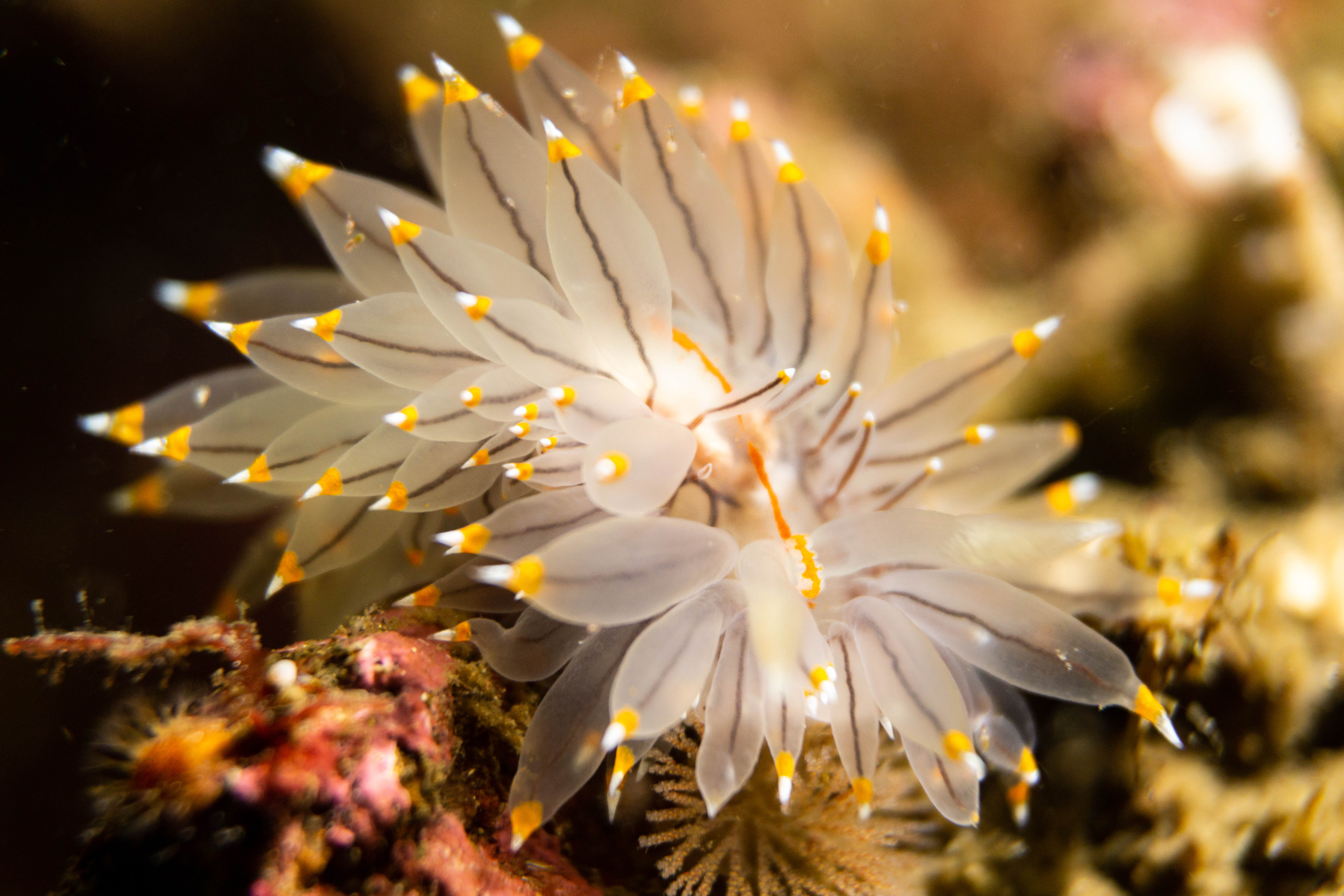 “Nudibranchs, often casually called sea slugs, can be an underwater photographer’s favorite subject. These beautiful and often brightly colored animals are generally no larger than several inches—and can be a challenge to photograph. Many divers associate them with warm tropical waters, but they are numerous in the cold seas of Alaska as well. Truly a treat for those who keep their eyes peeled.” 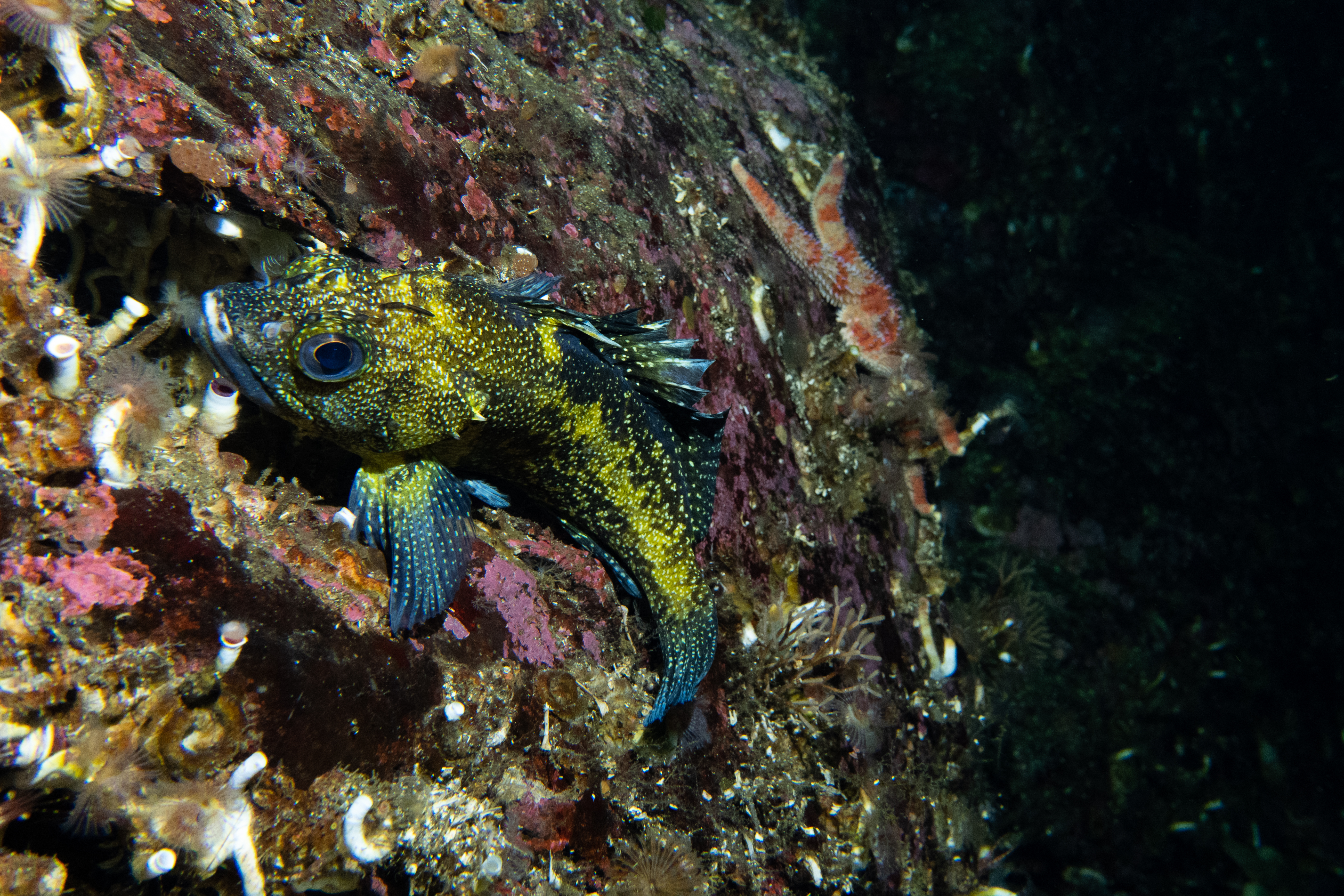 “There are over 60 species of rockfish in Alaska, but the China rockfish is by far my favorite. Not all rockfish species have such a clear lateral line leading from the tail up to the spines, which in adult China rockfish is a stunning yellow coloration. In addition, some China rockfish, especially the younger ones, have fantastic white spotting throughout their body. Like many rockfish, China are longer lived than many fish; they can live to at least 80 years. They’re typically located between 30 to 400 feet, and it’s really a treat to find one.

“Recently, in Alaska, I had one of the most amazing experiences in my diving career. We were diving a steep fjord on a wall that stretched from hundreds of feet above the surface to nearly 350 feet below. There we drifted among thousands upon thousands of planktonic life forms. This short compilation shows just a few amazing organisms we encountered.” 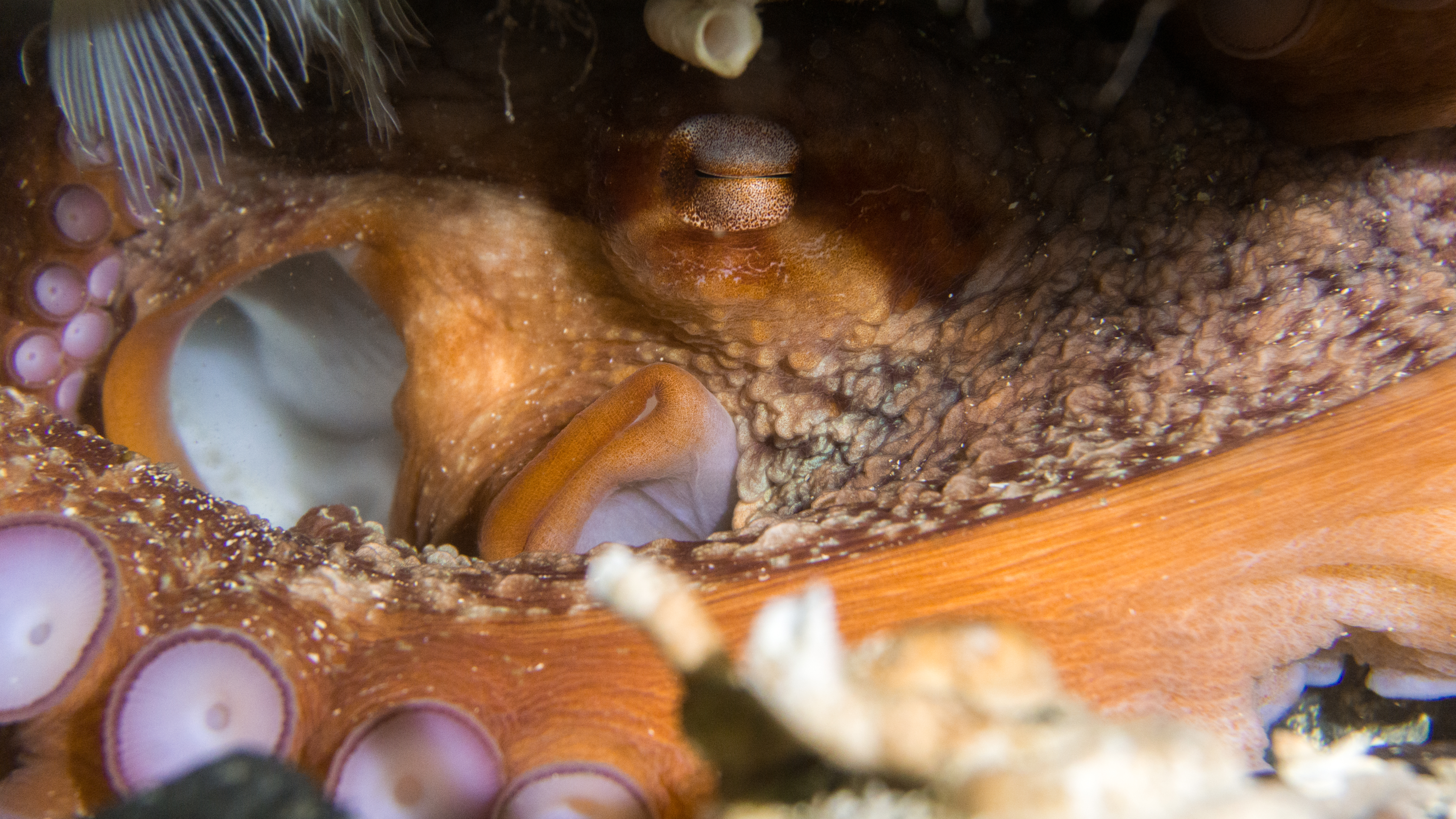 “This is my favorite cephalopod, the giant Pacific octopus. These animals can reach 50 pounds and stretch 15 feet from tentacle to tentacle! They’re also highly intelligent. To look into the eyes of an octopus is a life changing experience. You realize the ocean is not only deep and mysterious, but full of intelligent and wonderful animals.”