“The sea seemed alive with waving flippers, slicing flukes, and gaping maws bursting out of the water. But most remarkable of all, two individuals, clearly replete with food, drifted across to one of our Zodiacs and kept spy-hopping right off the stern.” —Naturalist Ian Bullock

One thrilling afternoon in Wilhelmina Bay, Antarctica, guests aboard the National Geographic Explorer found themselves surrounded by happy humpbacks. The enormous whales were gorging themselves on krill — females were teaching their calves how to corral and lunge for a bigger mouthful, while some groups combined to drive the krill into denser targets. But it was two whales in particular that turned the moment into a truly once-in-a-lifetime experience. 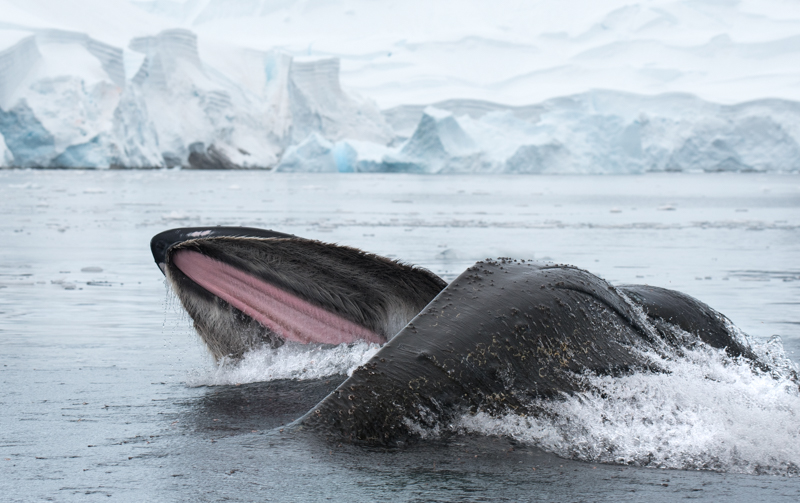 With their bellies seemingly full, two individuals drifted over to one of our Zodiacs and began to spy-hop right off the stern. As naturalist Ian Bullock described it in our Daily Expedition Report: “They refused to leave their new playmate, rolling provocatively close by the boat, giving flipper and fluke salutes, even emerging together like Loch Ness monsters. It seemed as if they were making faces just for the camera. And as Herman Melville wrote of them, ‘the most gamesome and light-hearted of whales.’” 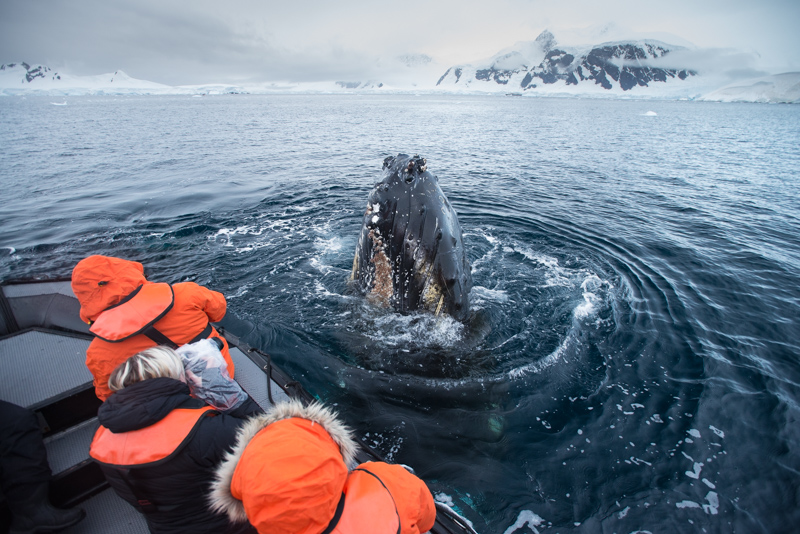 Certified photo instructor and naturalist Eric Guth captured every moment in this series of spectacular images. He also shared them with several experts to get their perspectives on this fascinating behavior. Read on for some of their quotes —and more moving photos. 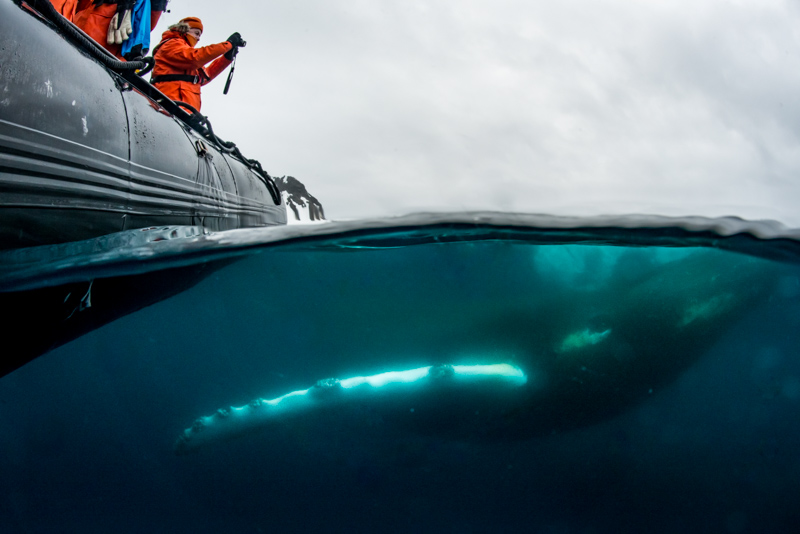 “Wow, that is absolutely jaw-dropping! To put this in context, I’ve studied humpies for eight years and have never had an encounter like this — not in Ireland, the Arctic, Antarctica, nor on their breeding ground in Cape Verde. I have seen some directed curious behavior, but not spy-hopping like that! In my experience, curious behavior happens more-so on breeding grounds. When feeding they seem to have a one-track mind and generally be preoccupied with stuffing their faces…. krill cows. So in summary, I do think that this is a rare event for sure!” — Cetacean biologist and naturalist Conor Ryan 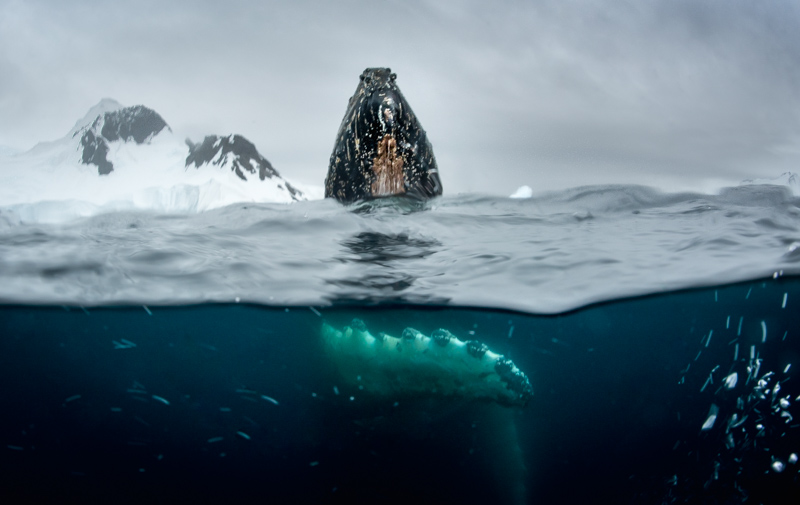 “Making an intimate image of a whale is extremely difficult anywhere on our planet. Eric’s image of the humpback whale poised between two worlds, the sea and Antarctic snow-capped mountains is a rare and extremely powerful image of gesture, grace and curiosity in the southern polar feeding grounds.” —National Geographic Photographers David Doubilet and Jen Hayes 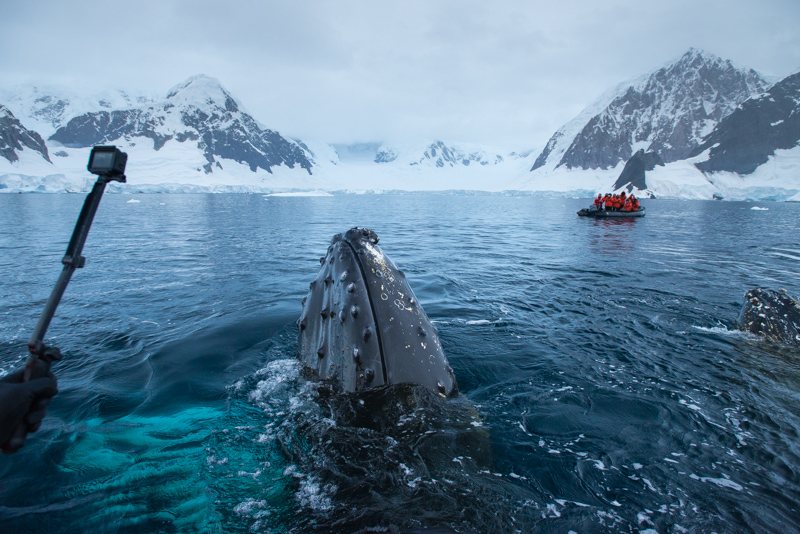 “I have seen this behavior a number of times and in widely scattered areas. I think because of their size, large whales have nothing to fear and they are, or were, probably naturally curious. During the whaling era any propensity toward curiosity was probably quickly wiped out as whales learned to fear humans. With the cessation of almost all whaling, whales are probably reverting back to their old, pre-whaling ways, and friendly whales may be ever more common in the future if we continue to find more value in whales as living animals rather than floating carcasses.” —Robert Pitman, internationally recognized marine mammal expert and co-author of Marine Mammals of the World: A Comprehensive Guide to Their Identification

Join us in Antarctica next season for up-close encounters with whales, leopard seals, penguins, and more. Explore all of our itineraries here.