Attu is a site that’s steeped in history. The westernmost island in the Aleutians, it was the only U.S. soil seized by the Japanese during World War II—and the location of the only battle fought on American land. In the aftermath of that bloody war, the island remained a base for U.S. military and supported an active coast guard station for 60+ years. Today, the abandoned station still sits high on a hill—and for one recent guest traveling aboard Across the Bering Sea: From Katmai to Kamchatka, it was a very familiar sight to see.

In 1948, long-retired Naval Captain Neil O’Connor worked as a meteorologist at that very station. He was just 20 years old at the time and though he didn’t know much about the rugged and remote destination, he loved weather and he knew it was somewhere he could experience that in spades—from thick fog and snowdrifts to heart-pounding typhoon winds. The prospect of all that was too exciting to pass up, so when the opportunity presented itself he quickly volunteered to go.

Neil only served on the island for six months, but he never stopped thinking about it. “It was absolutely stunning. I had never been anywhere in the world where there were no sounds whatsoever. It was so peaceful and after a while that got into your system,” he recalls. It was his lifelong dream to return and show Jean, his wife of 69 years, this place that made such an impression on him. In fact, they booked our expedition for that reason alone. And when the ship finally anchored off the coast, Neil was undoubtedly moved. “I have to admit, that morning when I opened up the blinds and saw Attu, I had a little tear in my eye.”

Finally, at 91, Neil was not only able to step foot on Attu again, but he was able to share it with Jean. Together, they walked to the plaque dedicated to the wartime heroes of a century past. “Captain O’Connor reminisced about his time on Attu in an incomparably unique way,” says Alyssa Adler, one of our undersea specialists who was working aboard. “It was a special treat for all of us who went ashore that day to witness the pair during such an important life event.”

Jen Martin, the expedition leader on this voyage, echoed those sentiments. “They are the most wonderful, kind people and so sweet and generous. They struggled with mobility, but we were able to get them to shore to take a walk around a place that has been in his mind for over 70 years—humbling for all of us to say the least.” 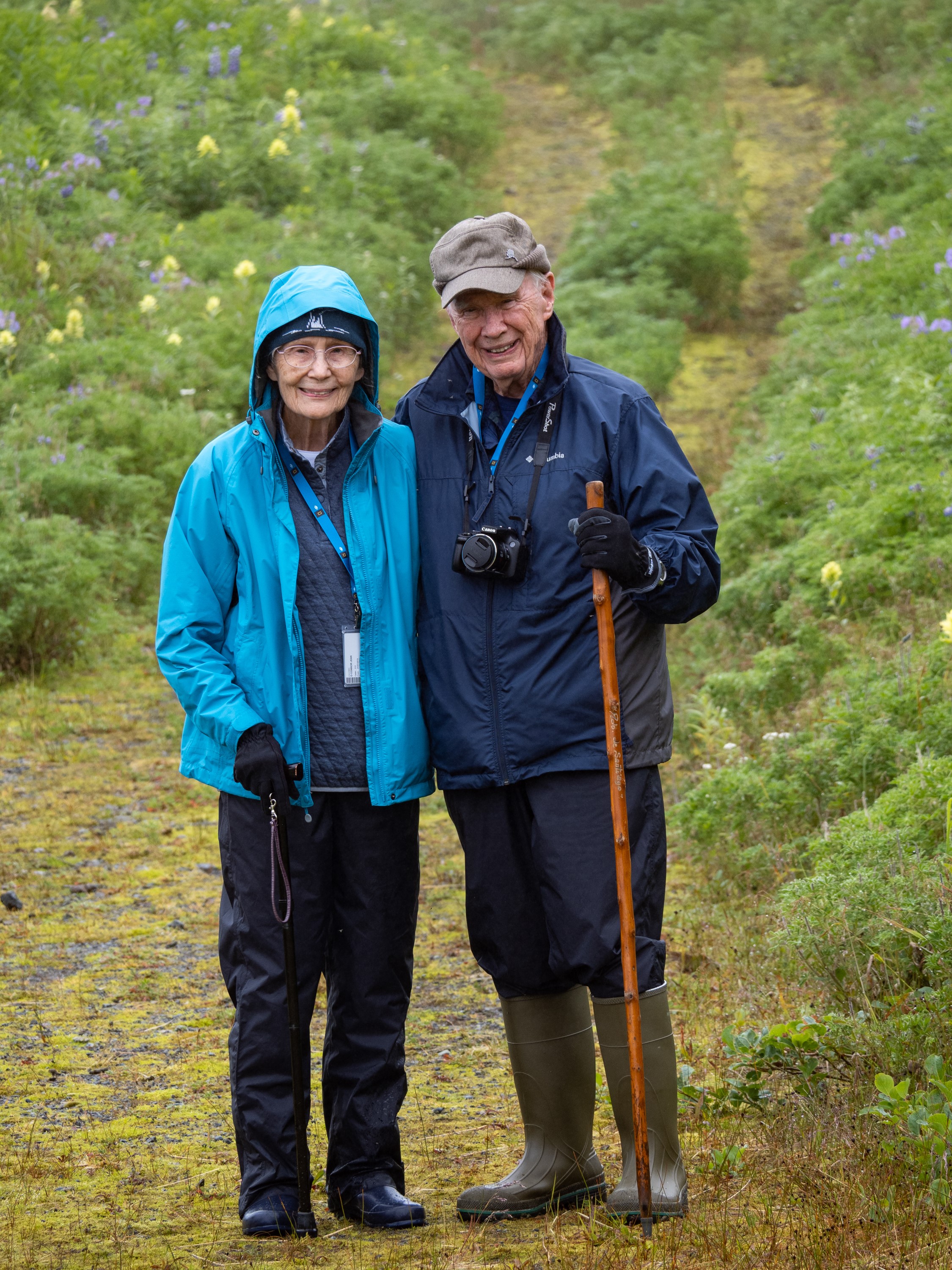 Reunite & Reconnect—Gather Family or Friends & Save