Jutting into the South Atlantic Ocean, Argentina’s largest peninsula is its very own Patagonian wild. A narrow isthmus connects the mainland to the 1,400-square-mile Peninsula Valdés, creating two large, nearly enclosed gulfs to its north and south. There, calm and warm waters serve as a breeding haven for thousands of marine mammals each year—namely the endangered southern right whale, the friendly-faced southern elephant seal, and the stout southern sea lion.

Argentine naturalist Eduardo Shaw, who’s been working in the region aboard Lindblad’s ships since 1976, has visited the peninsula intermittently since the early 1970s and has fallen in love with Patagonia as a result. In this unique part of the world which is characterized by vast, featureless plains and whipping winds of up to 70 mph, beauty is borne of sparsity and severity.

But Peninsula Valdés’ dynamic landscape and near-250 miles of coastline offer a sort of respite, allowing for a large concentration of native and migratory species to thrive—and rewarding patient observers with a veritable seaside safari. The opportunity for nature-documentary-level wildlife encounters is so plentiful you’ll risk forgetting to marvel at the shade-shifting waters, expansive swathes of sand, and dramatic coastal cliffs, each flecked with fossils.

Shaw immediately recalls the first time he saw a whale there in the early 1970s, “I can still see those images of that southern right whale off the coast. It had an indelible mark on my life.”

Since then, conservation efforts to protect this whale species, which was hunted to near extinction, have made remarkable recovery strides. In 1999, UNESCO declared the peninsula a World Heritage Site, crediting it for the whales’ annual growth rate of around seven percent. It’s also layered with several categories of nature reserve, most significantly the protected whale nurseries in Golfo Nuevo and the closely guarded marine park of Golfo Jose.

Now, southern right whales are classified as “Least Concern” on the IUCN Red List of Threatened Species, making sightings far more frequent, but no less awe-inspiring. Visiting in September or October is best, as whales have had their calves and tend to stay near to the coast. Shaw recommends visiting Playa El Doradillo, where it’s not uncommon to spot them frolicking—during high tide, they’re “almost within touching distance of the shore.”

That time of year also marks the return of the massive southern elephant seal bulls as they begin their breeding season. And hundreds of thousands of Magellanic penguins will also be arriving to nest. South of the peninsula at Punta Tombo, boardwalks allow you to walk alongside them, keeping a respectful distance, of course. 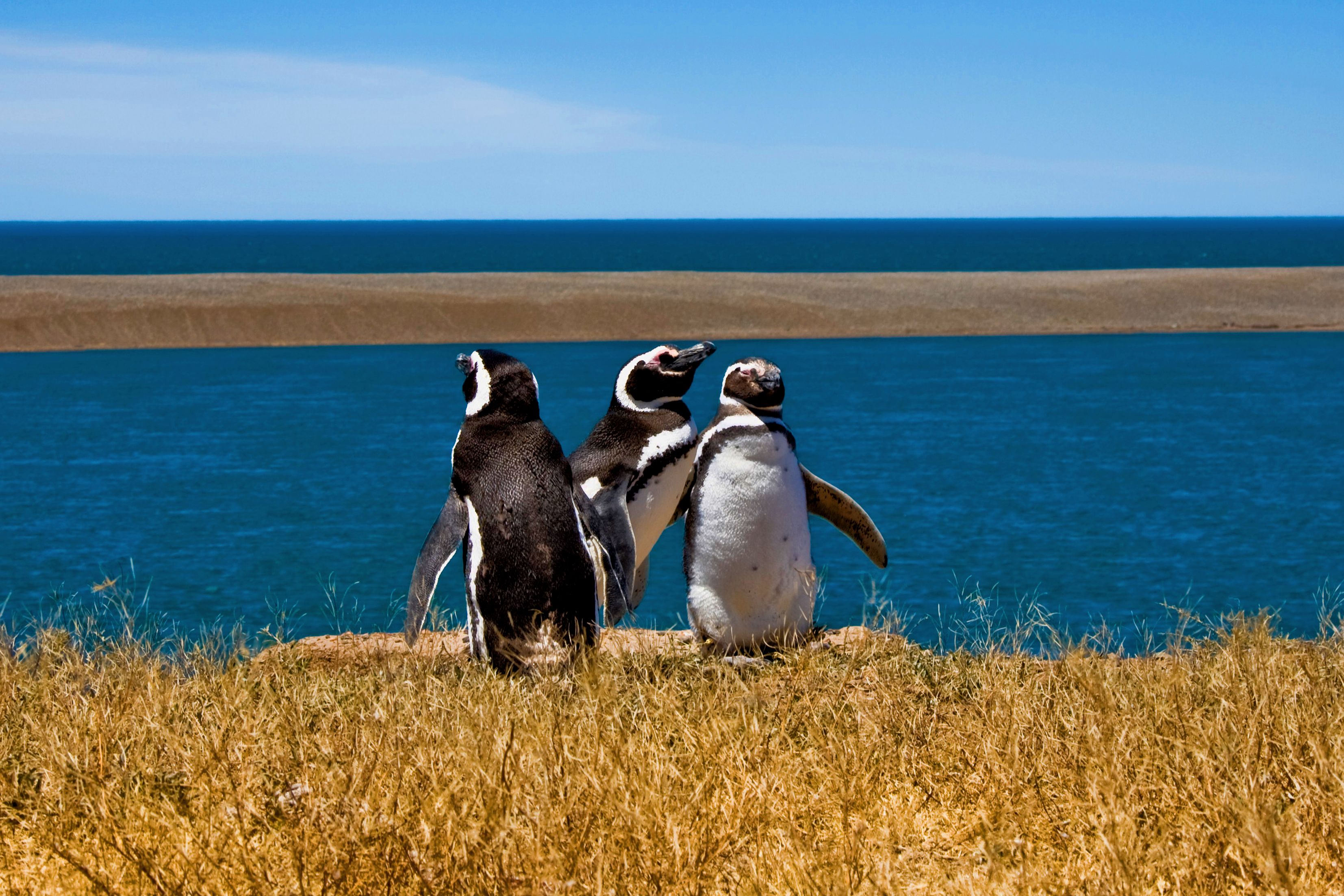 Though the visiting orcas make infrequent appearances, they’re notorious for a peculiar and terrifying-to-behold hunting tactic, most commonly witnessed at Punta Norte. Working together, they ride the surf right up onto the beach, intentionally stranding themselves to hunt and then wriggling back into the water, often with a vulnerable sea lion pup in their jaws.

While the action on the coastline is certainly the main draw for wildlife enthusiasts, Shaw says venturing inland will introduce you to a different kind of Patagonian magic. The birdlife is incredible, with 181 recorded species. It would be an unusual tour if you didn’t see black-chested buzzard-eagles, southern crested caracaras, and peregrine falcons.

Head out early in the morning or late at night, when wildlife tends to be more active, and you’ll cross paths with lots of guanaco and mara (“Patagonian hares”) and, if you’re lucky, foxes, rhea, hog-nosed skunks, and armadillos. There’s an impressive biodiversity of rodents, too. Shaw is particularly smitten with the cuy, an “incredibly cute,” guinea pig–like mammal that can be found foraging for berries if one waits quietly.

It is also here, in the desert steppe, where you’ll experience the feeling of isolation so many explorers—Charles Darwin included—credit for Patagonia’s beauty.

“As soon as you go inland, everything becomes very sparse,” Shaw muses, “It’s vast. It’s largely uninhabited. And I think, like falling in love, the more you work at it—and you have to work hard at it—the more you realize what an extraordinary place it is.”

Plastic Pollution Is Destroying Our Ocean, But Here’s ...