Sailing aboard the historic square-rigger Sea Cloud is akin to taking a step back in sailing history. There are no ships quite like her. This four-masted barque (whose masts are made of wood rather than aluminum) has 30 towering sails measuring an impressive 32,000 square feet in area. Christened in 1931, Sea Cloud was the largest private sailing ship to have been built at the time. Even today, she remains the only passenger sailing ship to set sail manually without electronic controls.

With its robust fixtures and old-world traditions, Sea Cloud is a ship equipped for modern-day travel with all the trappings of Golden Age elegance and bespoke sophistication. An experience onboard Sea Cloud promises a journey as memorable as the far-flung destinations to which she sails.

Sea Cloud allowed the Huttons to travel in their customary luxury both for statesmanship reasons and for the simple pleasure of exploration and adventure. The ship would go on to serve further worldly purposes: after 1935, Sea Cloud became a floating diplomatic palace in eastern waters off Leningrad when Ms. Post married Joseph E. Davies, the U.S. ambassador to the Soviet Union. In 1942, Sea Cloud joined the U.S. Navy—despite President Franklin Delano Roosevelt’s insistence that she was “too beautiful” for this deployment—as a weather station. Even today, a white plaque with five brass stripes is affixed on the wheelhouse under the bridge for guests to learn more about Sea Cloud’s service. 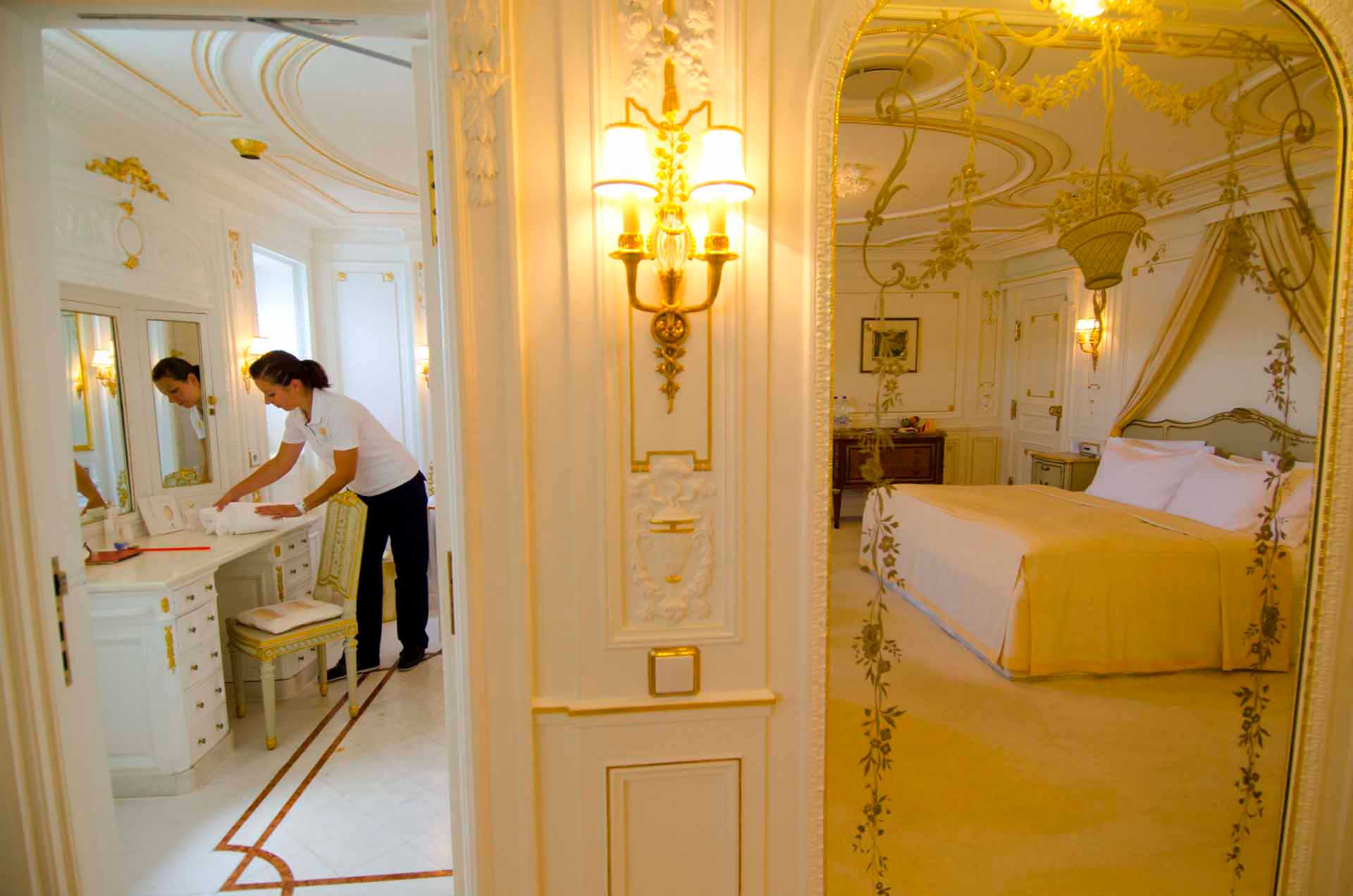 In postwar years, Sea Cloud changed hands several times and took on many more roles—as the houseboat of a Dominican Republican president; as an acquisition by an American cruise line company; and after suffering long years of sun exposure and inactivity, as a glorious but forgotten vessel in the hands of German captain Hartmut Paschburg, who undertook Sea Cloud’s refurbishment. Ever since, she has been sailing the seas, resilient as ever.

Despite nearly a century of sailing the world, Sea Cloud remains an embodiment of luxury.  The former salon is now an elegant wood-paneled dining room where guests dine on expertly crafted cuisine, and spacious cabins retain their original grandeur.

Guests aboard Sea Cloud can watch the careful choreography of reefing and setting the sails by the experienced crew. Lindblad Expeditions-National Geographic sail her to destinations like the Caribbean and the Mediterranean—places with reliable winds and islands perfectly situated for a ship of her kind.