Plastic Pollution Is Destroying Our Ocean, But Here’s What We Can Do to Reverse It

I went for a walk on the beach in Maui the other day, and I kept bending down to pick up plastic litter that had washed up on the shore. The sand had just gone through a clean-up a few months before, but it was already covered in bits of red, blue, and yellow plastic along the high tide line. On what should have been one of the most beautiful beaches in the world, I spent my morning collecting trash.

And this isn’t just a problem in Maui, or among island communities. Plastic pollution is a global problem, which has been growing. I’ve heard some experts call it the biggest environmental disaster of our time. Scientists are finding birds washed up on the coast with unbelievable amounts of plastic in their systems; we’re hearing about marine biologists opening up whales and finding 50 pounds of plastic in their guts; more than 700 species of seabirds and marine mammals are eating plastic or getting strangled in it.

It’s enough to make anyone who cares about the health—and future—of our planet sick. Both figuratively and, perhaps, literally. No one really knows yet what the implications of eating fish that have ingested plastics are going to be, but I don’t think they will be good.

Yet people are responding in extraordinary ways. And I believe the private sector, governments, and individuals around the world can—and will—tackle this problem.

But where do we start?

We Have to Understand the Scale of the Plastics Problem

I’m not a scientist, but I have lots of well-respected scientist friends and colleagues and am fascinated by their ability to measure and articulate facts about any number of environmental issues. I call on them a lot and have learned that the numbers tied to the plastics problem tell a grim story.

They tell me this: That global estimations show a million plastic beverage bottles are sold every minute; that plastic production has ramped up exponentially, from 2.3 million tons produced in 1950 to 448 million tons produced annually today; that in one year alone, 6.9 billion tons of plastic waste were generated worldwide, with approximately 40 percent used only once.

When I sit down and think about these numbers, coupled with the fact that most plastic exists for 450 years—or forever—it’s staggering. I can’t sit idly and watch humans pour plastic into the ocean and destroy marine life and ecosystems that so many people depend upon for livelihoods and sustenance. I have to act. And I’m using my business to do so. 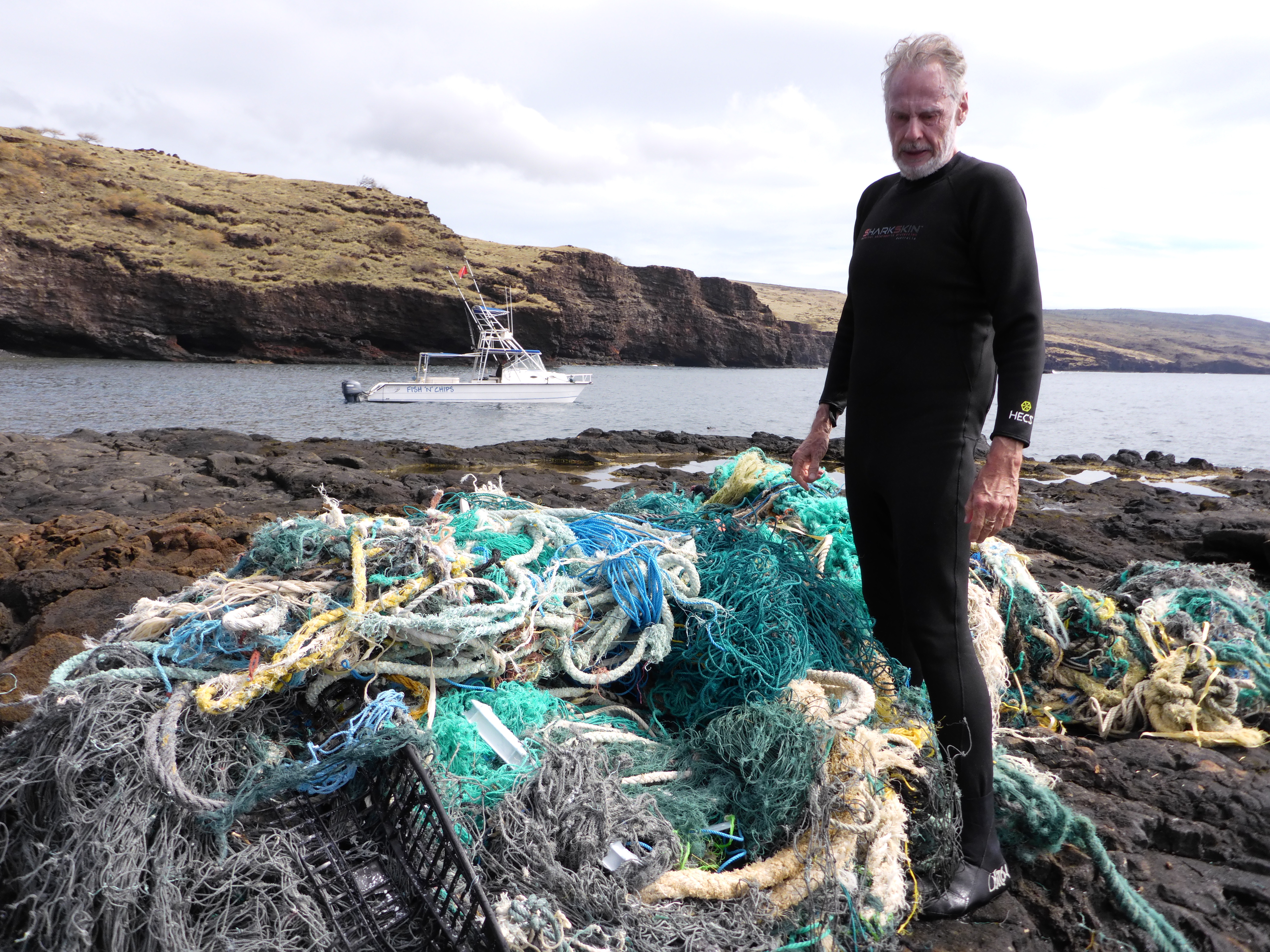 In February 2019, Sven came across a massive jumble of plastic fishing and cargo nets while vacationing in Hawaii with his fiancee Kristen. Watch the story of how they recovered the ocean trash.

We Have to Lead by Example

At Lindblad Expeditions, we’re committed to significantly reducing plastic across our organization and investing in programs that help fight plastic pollution. In 2018, we eliminated all single-use plastics—bottles, cups, straws, stirrers—across our entire fleet, and it’s now been 12 years since we started giving guests reusable stainless steel water bottles to use while exploring with us.

This year we’re working with vendors across our supply chain to reduce plastics in the products we order. For example, our cold weather parkas, which are delivered to the ship for all Antarctica travelers, used to arrive in individually wrapped single-use plastic bags. We encouraged our vendor to switch to a mesh bag, which can be repurposed by the guests back home, as a practical—and environmentally conscious—souvenir. When we asked one supplier to remove the plastic encasing each individual item they sold us, they said it wasn’t possible. We suggested we take our business elsewhere, and suddenly they found a solution.

Buying power makes a big difference in being able to influence positive changes in behavior, and we are pushing our suppliers to do better. We know that almost half of the plastic pollution in the world comes from packaging materials, so we are acutely focused on making changes in the supply chain and sharing our successes with others.

We’re also excited about a new collaboration with a company called Bionic Yarn. They harvest ocean plastic and turn it into clothes. I met one of the company’s founders at a UN conference on innovative businesses, and now we’re working with them to create employee uniforms and a line of T-shirts for our shipboard gift shops.

We Have to Start Conversations to Raise Awareness and Influence Behaviors

At Lindblad, we’re always inspired to see how our decisions can have a ripple effect. A ban on single-use plastics on our ships can make guests avoid those products in their own lives. When someone goes to a deli to get a sandwich and walks out with a mass of plastic thrown into the bag, he or she might start wondering, “Why?” or asking for change.

A project we supported in 2019 created another teachable moment. The Lindblad Expeditions­-National Geographic (LEX­-NG) Fund teamed up with the Charles Darwin Foundation on an community project that inspired more than 1,000 local schoolchildren in the Galápagos Islands to help collect beach plastics. Ecuadorian artist José Luis Maldonado used the collected plastic to create a sculpture, which is now on display at the Charles Darwin Research Station. Its design is evocative, and will raise awareness among tourists and locals alike, hopefully inspiring them to look differently at the ways they use plastic in their own lives.

We want to start conversations around these issues, the same way we did 25 years ago when we stopped serving shrimp aboard Lindblad ships. At the time, we decided to ban shrimp because the harvesting method was degrading the seabed. That decision wasn’t just about the menus on our ships; it was also a way to get people talking about the environmental impact of everyday eating habits. 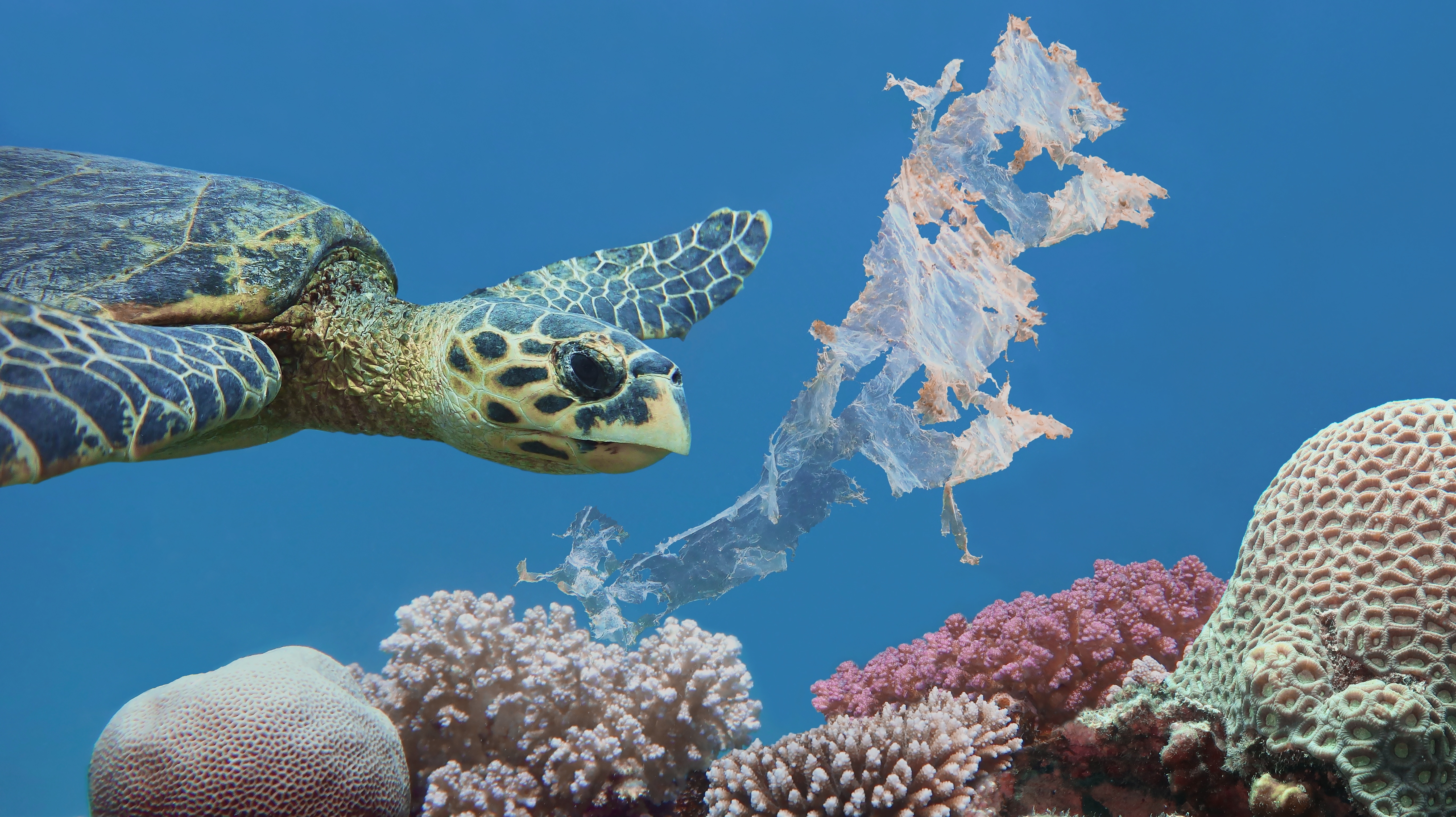 Experts tell us that at the rate our planet is going, by 2050 the plastic in our oceans will outweigh all the fish, and just about every seabird species will be eating plastic. This is a shocking prediction, but I don’t think it’s going to happen.

Celebrities and governments are speaking up and demanding change. Case in point: Sir David Attenborough talked a lot about plastic pollution in his latest series, Blue Planet II, which has had a positive effect. In the U.S. and the U.K., a Global Web Index report indicates that single-use plastic usage is down 53 percent, thanks to Attenborough’s call to action, which folks are calling the “Attenborough Effect.” Every year, more city, states, and country governments are banning plastic bags and other single-use plastics.

Plastic pollution is becoming part of the political and cultural dialogue in ways I’ve never seen before, and businesses like Lindblad Expeditions are doing our part, too. As humans, we’re waking up to the idea that we have a tremendous opportunity to change our habits, find solutions, and work together to protect our world’s ocean and the spectacular marine life that call it home.

And I’ll continue to collect the plastic trash I find on beaches around the globe, in the hopes that one day, my grandchildren—and their children—will see more shells than plastics as they explore the coast. 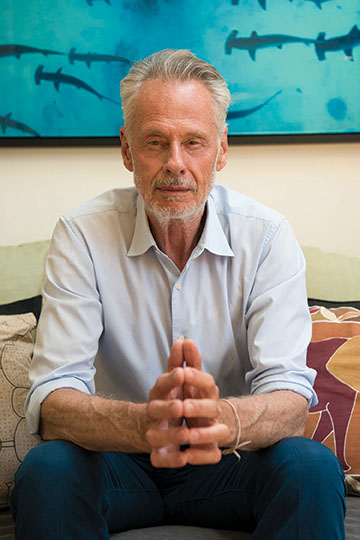 Sven-Olof Lindblad is the President and CEO of Lindblad Expeditions. He traveled extensively with his father, renowned adventure-travel pioneer Lars-Eric Lindblad, who led the first non-scientific groups of travelers to Antarctica (1966). In 1979 Sven launched Special Expeditions, the adventure travel company that became Lindblad Expeditions. His personal experience led to a commitment to environmentally responsible travel, which has resulted in numerous travel and environmental awards. Sven is an honorary member of the General Assembly of the Charles Darwin Foundation for the Galapagos Islands and is a founding Ocean Elder. He also serves on the Board of The Safina Center, on the Board of Trustees of Rare, and on the Board of Advisors for Pristine Seas.

How The Travel Industry Can Help Fight Climate ...