Lots of people travel in order to visit places they themselves have never seen before. But for the most adventurous explorers, the real thrill of travel comes from experiencing places that very few people have ever seen. For the latter group, the remote and rugged Kuril Islands are the ultimate destination. Inhabited mainly by wildlife and strikingly picturesque, this arc of 56 islands stretches over 750 miles from the southern tip of Russia’s Kamchatka Peninsula to the northern tip of Japan. It’s a land of extremes—of snow and volcanoes, of sea lions and arctic foxes—and one that offers many reasons to set sail on a new adventure.

These Far-Flung Islands Are Literally a Travel Hot Spot

The Kuril Islands sit atop a seismic region in the Pacific known as the “Ring of Fire,” which has produced this chain that features over 100 volcanoes, more than 35 of which are still active. Do not forget your camera because a sail through the Kurils puts a diverse range of incredible volcanoes on display. The island of Atlasov boasts the tallest volcano in the region with an almost perfectly symmetrical cone shape. Yankicha is made up of a large caldera that slips into the sea. Four volcanoes create a dramatic scene among the lush green forests on Simushir, while the tiny volcanic island of Raikoke was the site of the most recent eruption in 2019. In addition to gorgeous views, there is one other benefit of visiting a region known for its fiery activity: bubbling hot springs which beckon travelers after a long day of exploring.

Some of the Islands’ Original Inhabitants Still Live Here

Given the remote location and sometimes turbulent climate, it’s not surprising that the Kuril Islands are mostly uninhabited. But a small number of the islands’ original residents, the indigenous people known as the Ainu, still live on their traditional lands. The Ainu are hunter-gatherers who have their own distinct language and culture, including a vibrant and original storytelling tradition and a musical instrument known as the mukkuri. Their ancestors also adorned themselves with unique facial tattoos which they considered part of their religion. Many aspects of Ainu life revolve around the brown bear, an animal who is revered and whose life is closely linked with that of its human neighbors. In addition to sharing fishing grounds, the Ainu honor brown bears through rituals that at one time included raising cubs as part of their own families.

The Region Is a Paradise for Birders 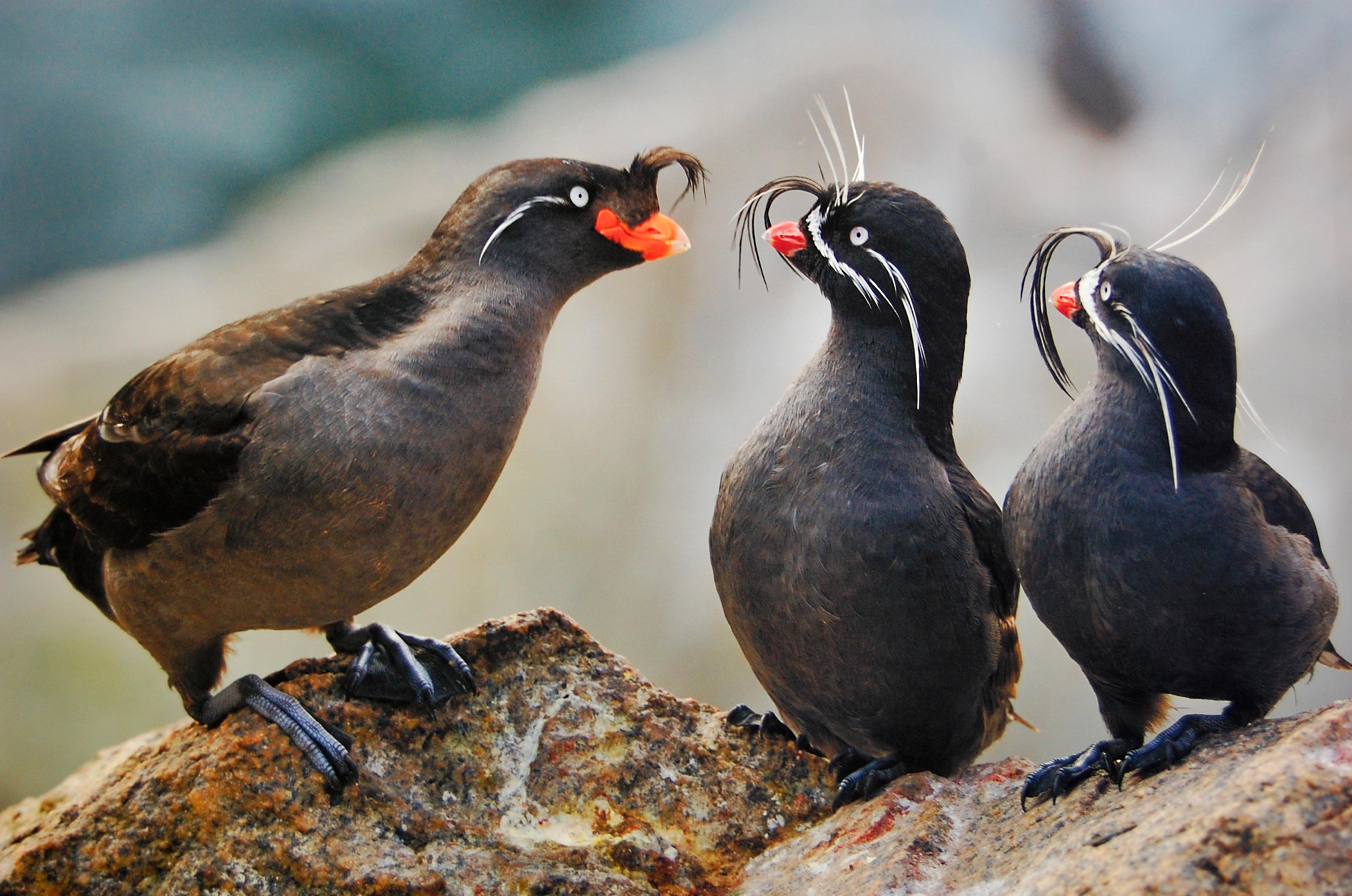 The Kurils have become a haven for hundreds of species of bird, many of which stop through on their migratory journeys thanks to the islands’ ideally situated location. On land, birds find plenty of nooks and crannies perfect for building nests. But the winged creatures who really flourish here are the seabirds. Birders can keep an eye out for tufted puffins, red-faced cormorants, fulmars, spectacled guillemot, petrels, and Arctic loons, among many other sightings. On Yankicha, crested auklets and their more rare cousin, the whiskered auklet, can be spotted in dense flocks, while in the winter, majestic Steller’s sea eagles hang around the islands snapping up salmon.

Several of the Islands Are Claimed By Both Russia and Japan

The two countries that neighbor this volcanic archipelago are technically still involved in WWII—neither one ever signed the peace treaty that brought hostilities to an end. The reason: a conflict over ownership of the Kurils. Japan first began to settle the islands in the early 1700s, but during the war, Russia seized the region and expelled the small number of Japanese citizens who lived there. Today, Russia maintains control over the entire chain, though Japan still claims ownership of four of the islands in the south.

There’s a Menagerie of Wildlife But Sea Lions Reign

Just as birds have found a home in the wild lands of the Kurils, so too have many different types of wildlife. The list is as vast and varied as the climate in the region: brown bears, arctic foxes, sables, wolverines, and weasels are among the over two dozen mammals found on the islands. Activity in the surrounding seas is just as lively with seals and sea otters flapping around in the water, while orcas pass through as they travel north. But the star of these islands is the Steller sea lion, the largest of the sea lion family. In the late 20th century, these pinnipeds experienced a dramatic decline, but things began to turn around after the new millennium. Today, a thriving population of these large, boisterous animals can be found gathering on the Kurils’ volcanic shores.