The founder and director of our exclusive Expedition Photography program and a widely published National Geographic photographer, Ralph Lee Hopkins has circled the globe for nearly 30 years on Lindblad’s ships. Anyone who has had the pleasure of traveling with him knows what an inspiring and enthusiastic teacher Ralph is. Here, he shares some of his top travel photography tips to help you capture all the incredible moments at the heart of your expedition.

“Our expeditions travel to some of the wildest and most photogenic destinations on Earth, so our guests arrive with a sense of adventure and are keen to improve their photography,” says Ralph. “Looking for images that tell the story of the expedition is one of the best ways to take your photography to the next level, no matter what camera—or phone—you are shooting with.” 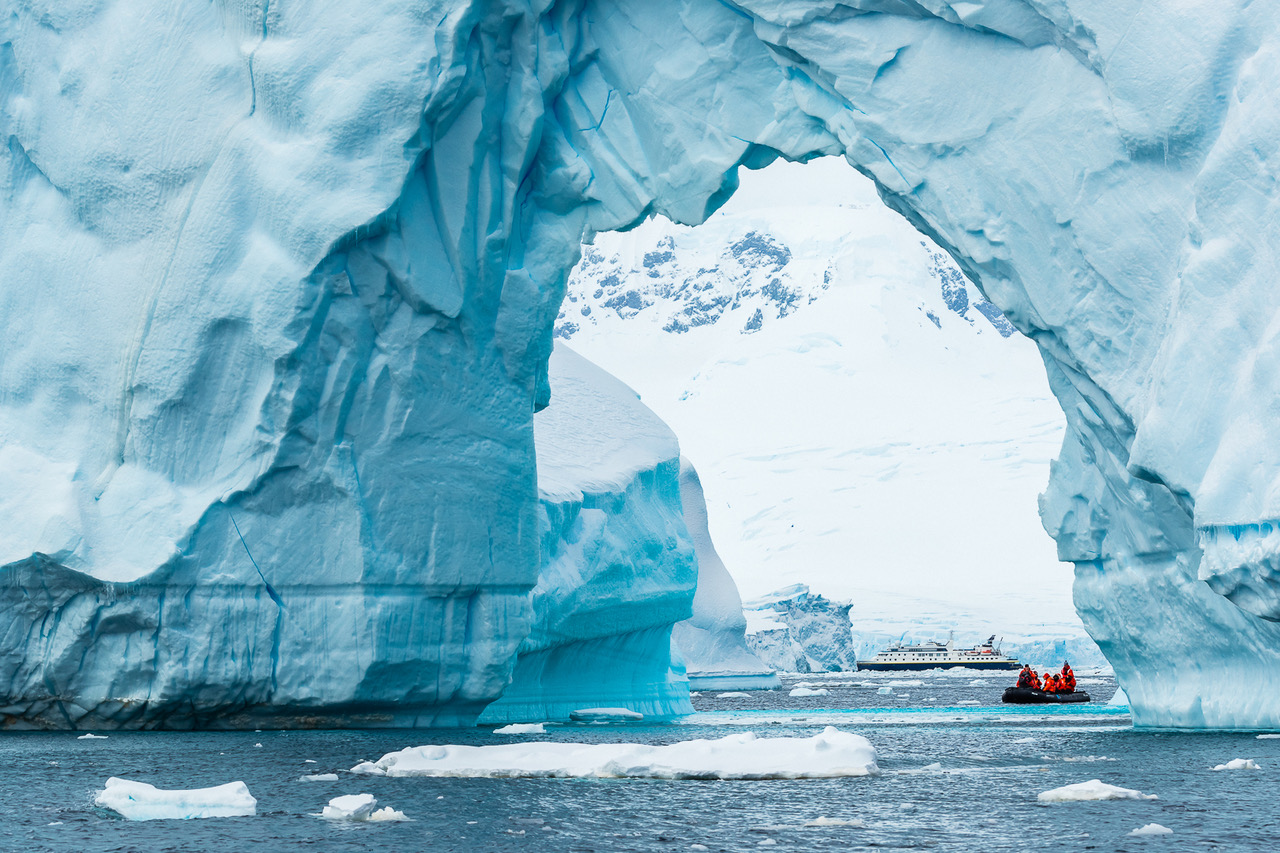 Captured on Antarctica, South Georgia & The Falklands; All photos by Ralph Lee Hopkins.

Tip 1: Look for the Establishing Shot

Visually telling the story of your expedition starts with conveying an overall sense of place. You want a striking image that captures the essence of the destination and helps answer the question, “Where did you go on your expedition?” Antarctica is all about epic icescapes. In this scene I made sure to include the ship and a Zodiac of people which helps express the immense scale of the icebergs. 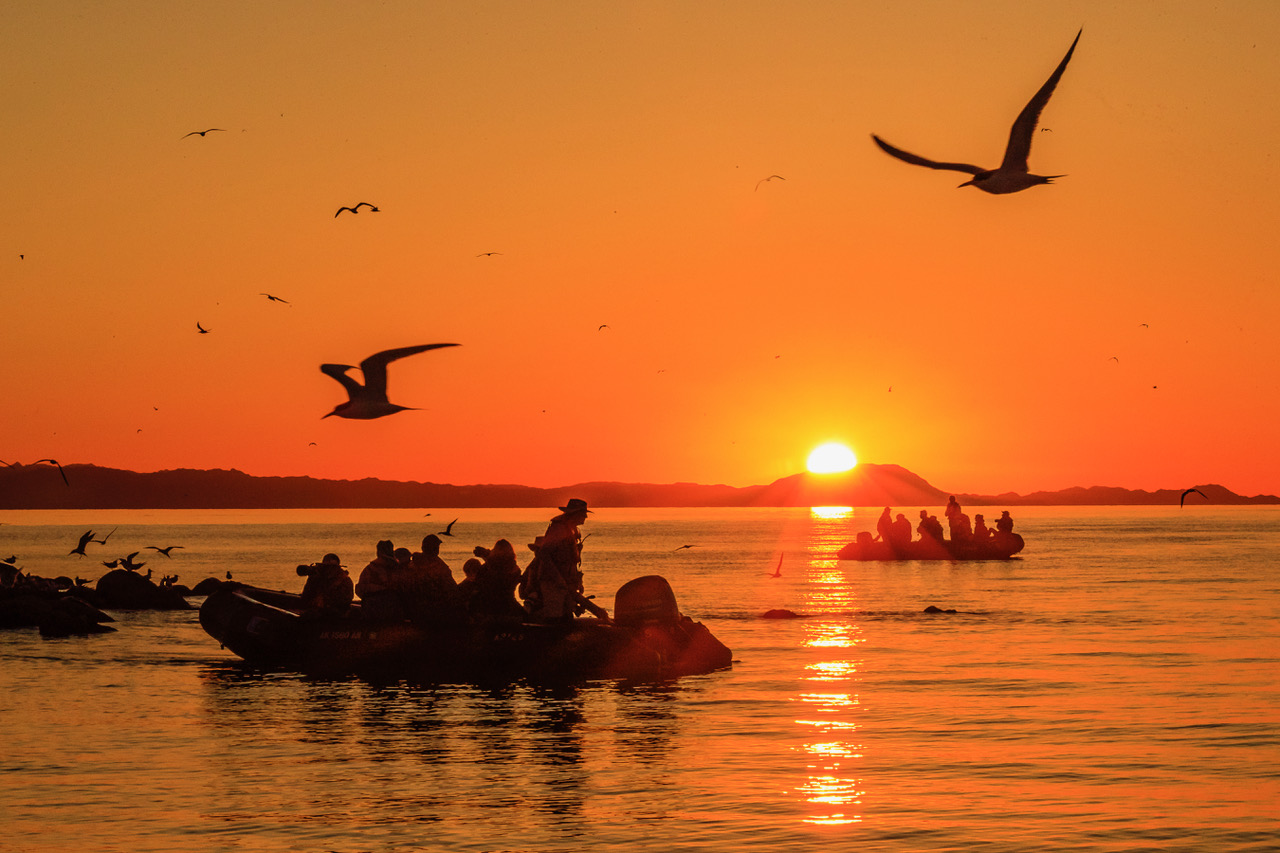 Expeditions are by definition active. Every day brings an array of options to choose from—hiking through forests or tundra, kayaking along remote and rugged coastlines, Zodiac cruising around incredible bird cliffs, or simply being out on deck watching for wildlife at sunset or sunrise. All these provide opportunities for creating unique photos. I included the Zodiacs in this spectacular sunrise in Baja California to add visual elements for a more dynamic and interesting composition. 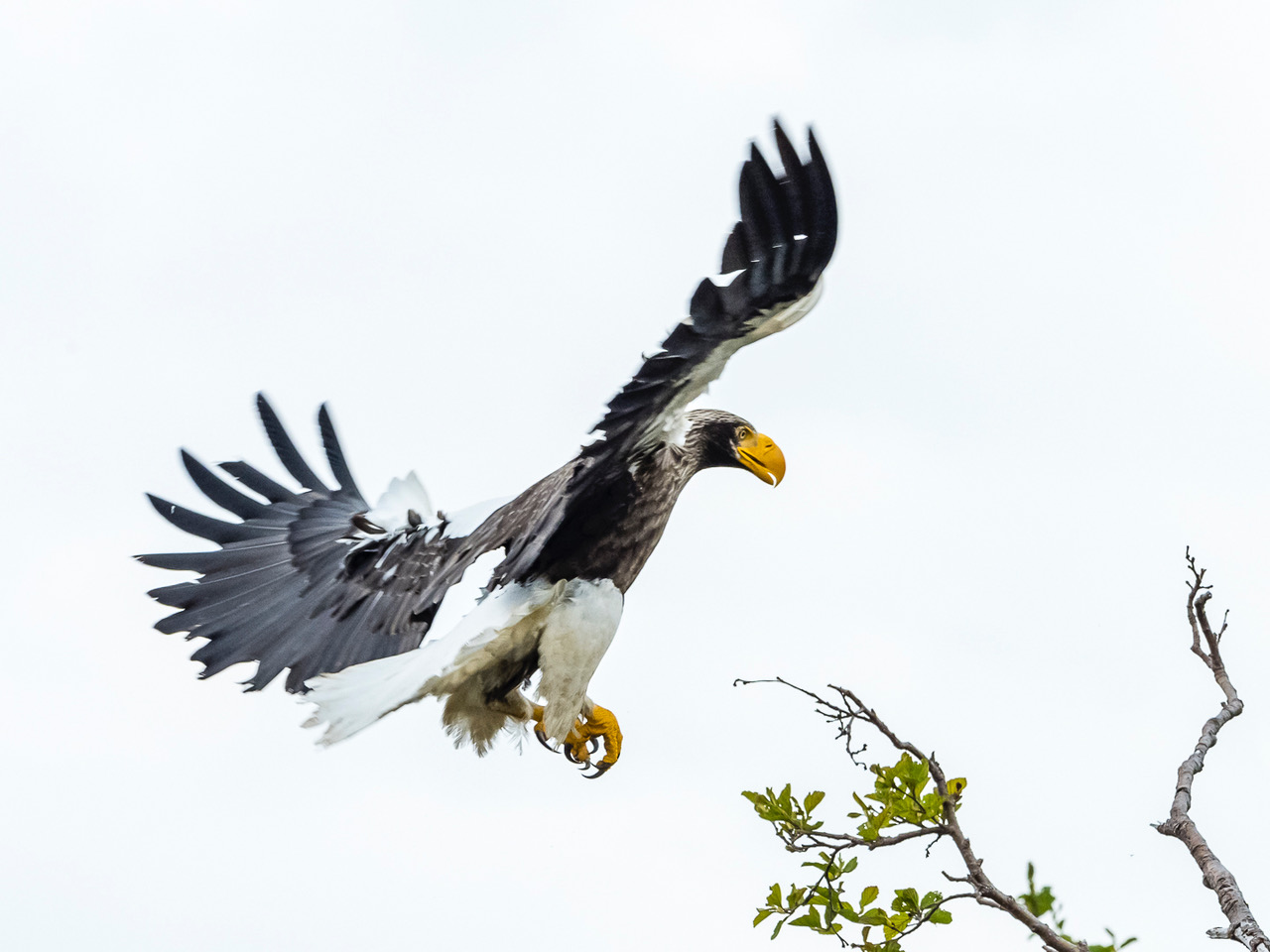 Tip 3: Be Ready for Action

Capturing wildlife behavior and movement may be the most challenging aspect of shooting on expedition. Whether it’s a whale breaching in the distance, dolphins riding the bow of the ship, or a bird of prey landing on a branch above your Zodiac, the key is being ready with your camera engaged. You can increase your odds of success by setting the camera to burst mode which captures multiple frames with a fast shutter speed, then pre-focus where the action is likely to happen. This Steller’s sea eagle in the Russian Far East was flying towards its nest. At 10 frames per second with a shutter speed of 1/1000 second, I focused on the branch then waited for the bird to fly into the frame. Since I captured a sequence of images I was able to select the best ones, like this image where there was still space between bird and tree. 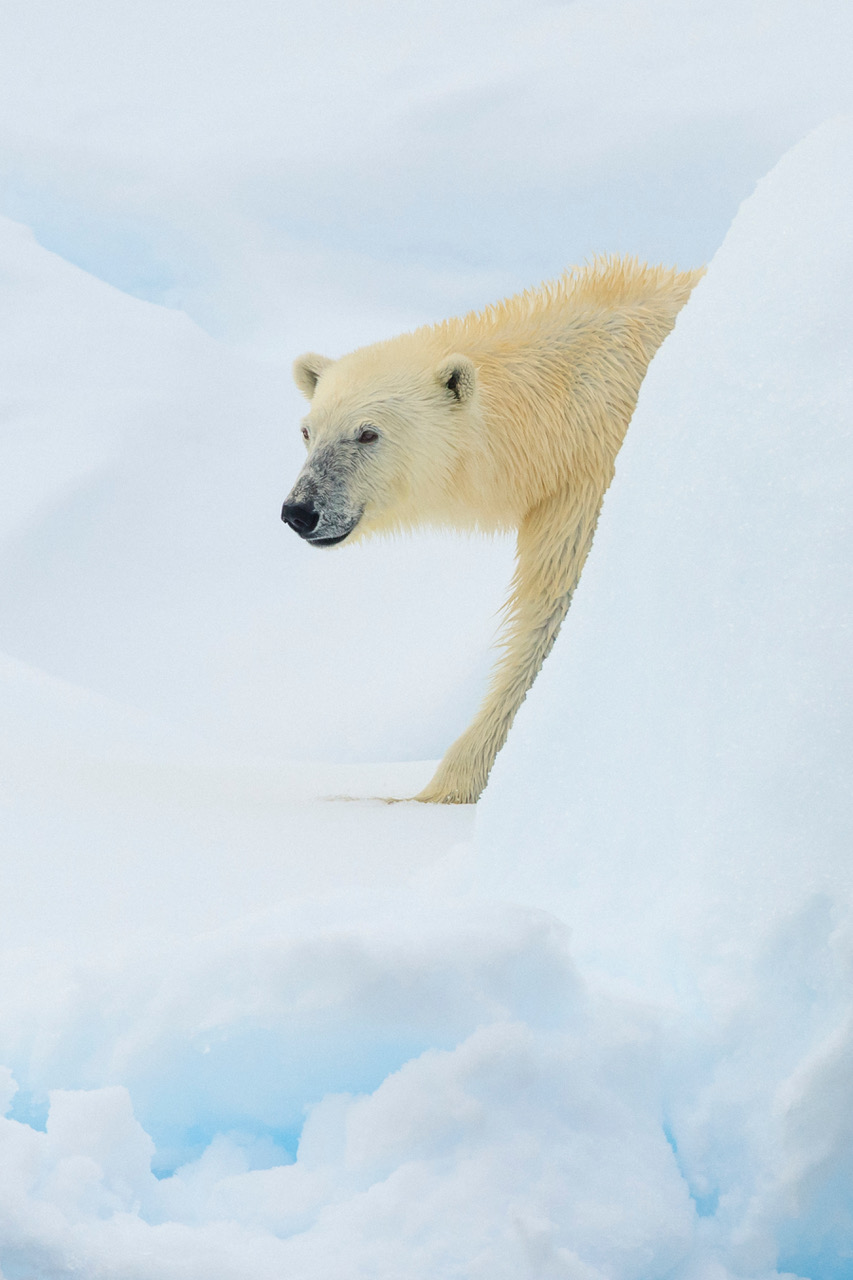 Tip 4: Zoom to Simplify the Frame

The most impactful images are often simple by design. Zoom lenses offer flexibility when it comes to crafting different compositions, and they eliminate distracting elements from the scene, especially when photographing from the deck of the ship. By choosing a vertical frame and zooming in to minimize the foreground, I was able to capture this polar bear in Arctic Svalbard coming out from behind an ice hummock. Subsequent images showing the entire bear against the white background didn’t turn out as compelling. 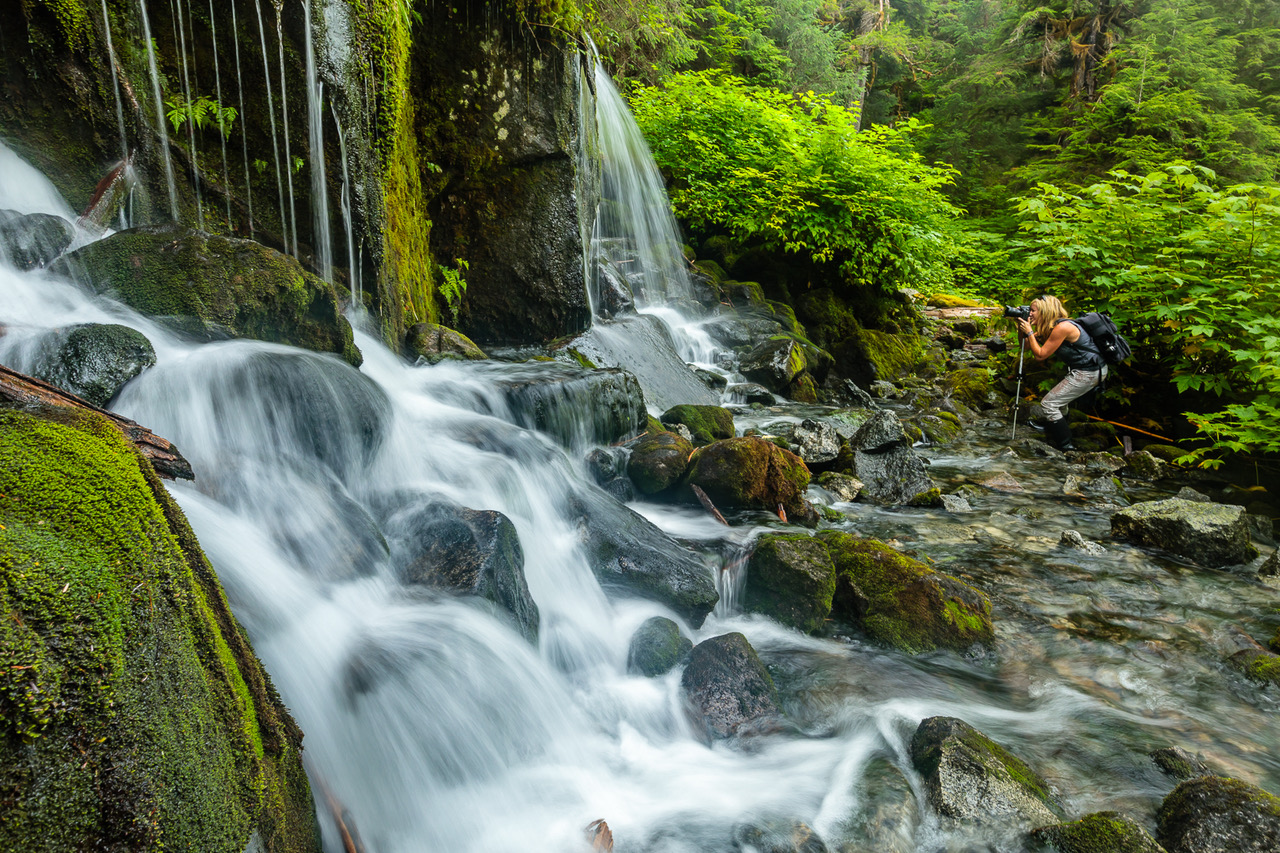 Captured on Alaska: Treasures of the Inside Passage

Tip 5: Include Elements of Scale

When surrounded by pure wilderness, the first instinct for many photographers is to try to exclude people from the image. But including elements of scale can actually add impact to your images, and better convey nature’s grandeur. This waterfall which we came across on a hike in Southeast Alaska appears larger and more spectacular by keeping the other photographer in the frame. The image also tells the story of being out on the trail in the middle of this lush rainforest. 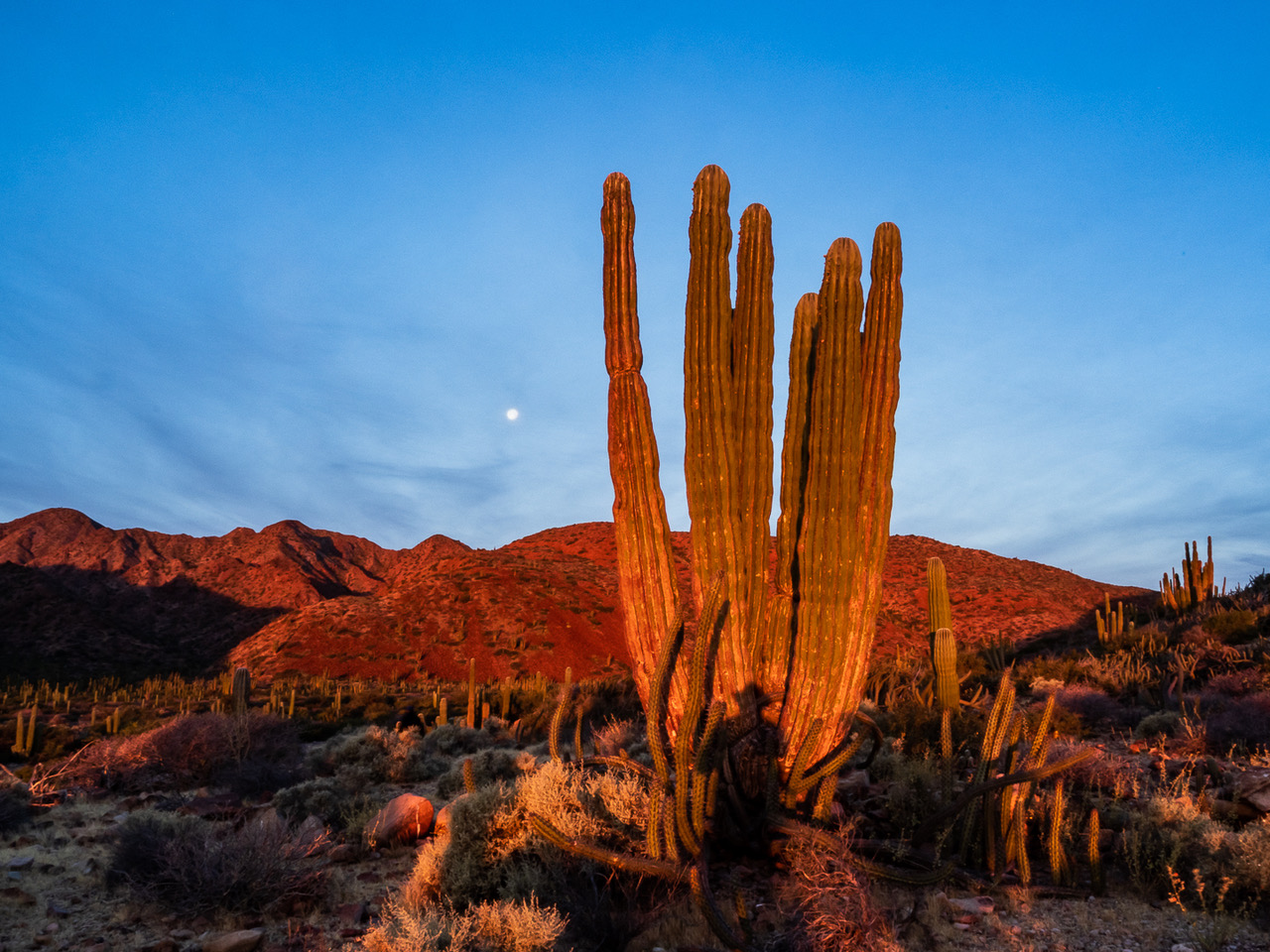 Heading out with my camera, I always think of this mantra: light, composition, moment. I look for provocative light, create a strong composition, then wait for a sense of the moment. Sometimes you have to think outside the box. For this desert sunrise scene in Baja California, I chose to add a sense of moment by including my shadow in the composition. A hat with a wide brim helped create a distinct silhouette.

Tip 7: Use Your iPhone

As the saying goes, the best camera is the one you always have with you. As the image quality of iPhones and other smartphone cameras have improved, their use for expedition photography has grown exponentially. You don’t need a ton of fancy equipment to get a memorable shot and many travelers, and even serious photographers, are now using their iPhones to photograph expeditions, especially for panoramic images and short videos. My fellow colleague National Geographic photographer Rich Reid shared some of his favorite ways to use his iPhone in the field here. 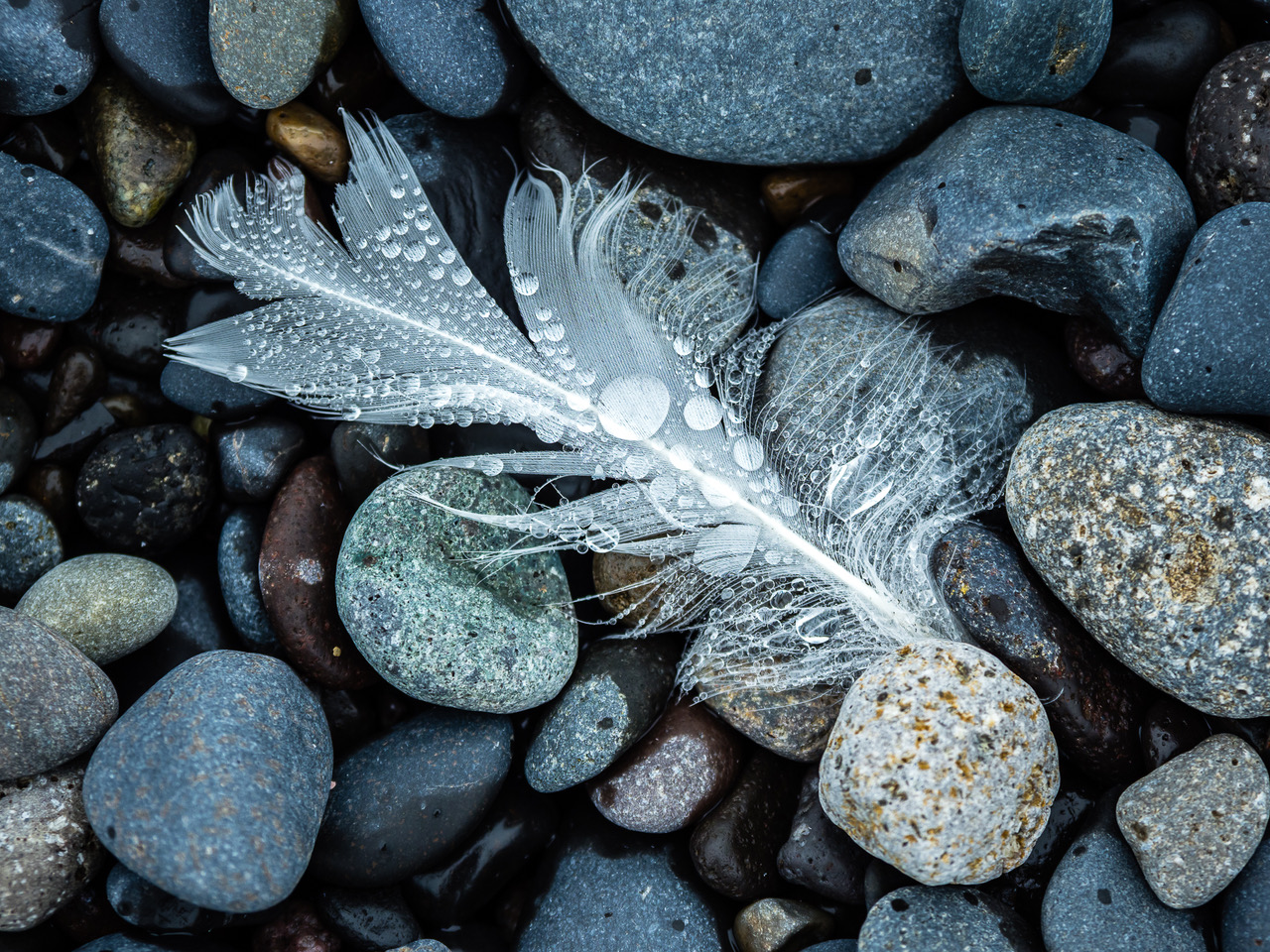 Tip 8: Get Up Close for Details

I often tell expedition guests (and myself) that there’s a masterpiece out there somewhere—you just have to find it. And you don’t necessarily need a dedicated macro lens for close-up compositions; I frequently use my zoom for tight compositions. I’m always looking for small-scale details to photograph. I especially love beachcombing on overcast days when the colors are more saturated, which was the case when I took this still life. I’m not quite sure this one is really a masterpiece, but the water droplets on the feather and the colorful stones caught my eye. 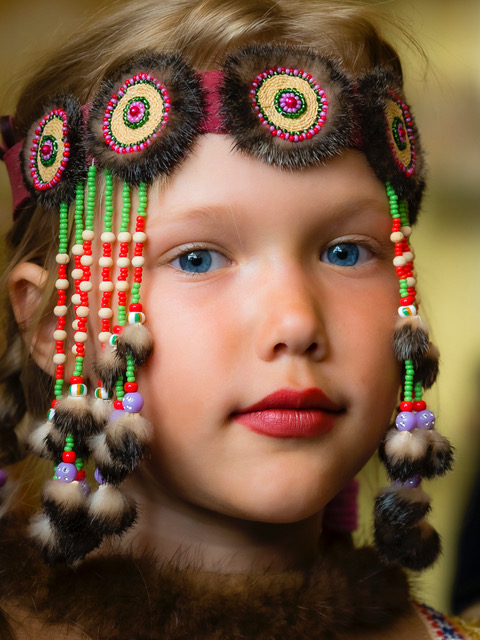 I much prefer overcast or diffuse light for portraits. Soft, overcast light coming through a window created the perfect lighting for this shot of a young girl dressed in a traditional costume in the Russian Far East. I stood back with a zoom lens to achieve a shallow depth-of-field to blur the background as well as not to intimidate her. She only glanced my way for a split second and I caught the look on camera. 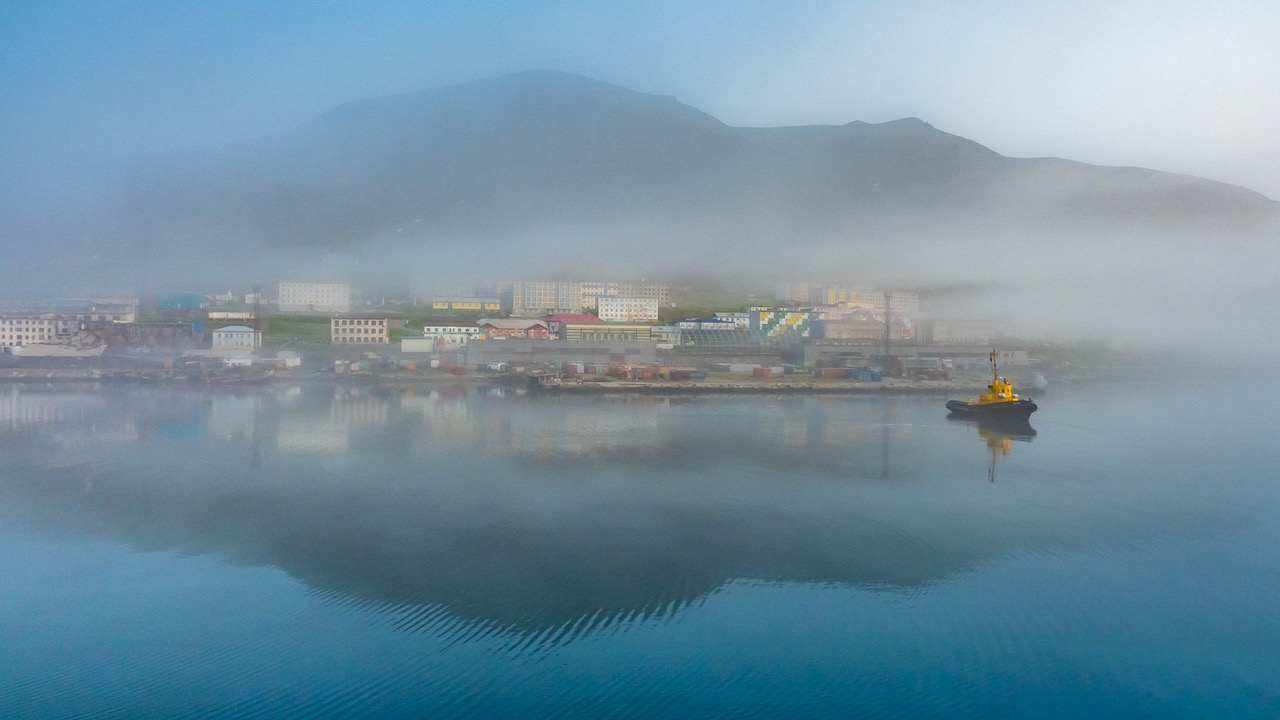 Expedition photography means you’ll be shooting in all kinds of weather, which can often yield unique images. The fog was pea-soup thick on approach into the remote Russian port of Provideniya. It would have been easy to go back inside for a hot drink and give up on the scene. Instead, the patient photographers among us were treated to a magical scene as the fog started to clear, providing peekaboo views of the old buildings and rusting cranes in the shipyard. By the time the National Geographic Orion docked, the fog was gone and the moment was over.

Ready, aim, create! Our exclusive Expedition Photography program helps you capture your best photos ever—no matter your skill level, or whether you shoot with an iPhone or a DSLR. Lindblad-National Geographic certified photo instructors on board every expedition, and National Geographic photographers on select departures, are at your side to inspire and assist you.

6 Fascinating Birds to Find on ...

Guest Spotlight: A Poignant Return to Attu in ...