Discover these alluring islands under sail

Set sail aboard the majestic four-masted Sea Cloud on a journey into the culture, history, and cuisine of Sicily and Malta. Step into the past among cities and temples left behind by the Romans, Greeks, Carthaginians, and prehistoric peoples—to name just a few. From Taormina to Gozo, wander through charming towns where modern-day life thrives amid glorious vestiges of ancient civilizations, and challenge your conceptions of Italian cuisine as you taste Sicily’s take on pizza, pastries, and wine. We’ll visit no fewer than four UNESCO World Heritage sites: Agrigento, Siracusa, the Aeolian Islands, Malta’s megalithic temples, and we’ll have views of a fifth—Mount Etna. Savor Sea Cloud’s elegant comfort during afternoons under billowing sails, and enjoy an incomparable Mediterranean adventure that harkens back to the golden age of ship travel.

Expeditions aboard Sea Cloud are crafted to offer you a panoramic experience of Sicily and Malta. Within hours of arriving, you’ll experience an abundance of history and culture, and fall in love with life under white sails. Our historian, naturalist/certified photo instructor, and local guides ensure you gain an insider’s perspective and insight into the fascinating places we visit. Scenic drives, hikes on hilly terrain, market visits, cruises along idyllic shores, and free time to walk in charming seaside villages are the ways you’ll pass the time. Flexibility is a hallmark of our expedition style.

Fly overnight and arrive in Naples. Board the legendary Sea Cloud and cast off from Naples’ harbor. We’ll gather for a welcome cocktail as we pass the island of Capri’s rugged coast and enter the Tyrrhenian Sea. (Day 2: D)

Join the expedition leader for a play-by-play description of the crew in the rigging and the action of the setting of square sails, stay sails, and jibs as Sea Cloud shows her full glory. Bask in the comfort and intrigue of this legendary and historic square-rigger—enjoy delicious meals, complimentary drinks, and talks by the expedition staff as we sail south toward Sicily. (B,L,D)

After Sea Cloud docks in Trapani this morning, we depart on an excursion up nearby Mount Erice to the intriguing medieval town of Erice. Perched 750 meters above Sicily’s western coast, the panoramic views from the walled town are spectacular. Explore Erice with local guides and take time to wander on your own. Perhaps stop in at the renowned Pasticceria Maria Grammatico, or one of the many other local favorites, before more exploration in the town of Marsala. Famous for its fortified wines, this port city also houses an excellent museum devoted to its Punic (Carthaginian) history, as well as an excavated Punic warship and a recently opened excavated Roman merchant vessel. We finish with a visit and tasting at Marsala’s most historic winery, Casa Florio, before returning to Sea Cloud in Trapani. Sail overnight to Porto Empedocle for Agrigento. (B,L,D)

Rise this morning in hopes of steady winds and watch the crew set sail as you cruise along Sicily’s southern shore. Our next call is devoted to Agrigento’s Valley of the Temples, a UNESCO World Heritage Site that is a collection of some of antiquity’s most magnificent Greco-Roman temples. Founded by the Greeks in the 6th century B.C., the site served as a prominent city in Magna Graecia before eventually changing hands between the Carthaginians, Romans, Byzantines, Arabs, and Normans. Explore the valley’s grand row of Doric temples devoted to the likes of Zeus and Heracles. We return to Sea Cloud in Porto Empedocle and cast off for Malta. (B,L,D)

At sunrise, we enter one of the finest harbors of the Mediterranean: Valletta, Malta’s capital city, surrounded by daunting limestone fortifications that date back to the 16th century. You’ll want to be on deck with your camera as we make our final approach beneath the city’s bastions, walls, and towers. Malta’s glorious waterfront settings, its views, the historic cities and towns, and amazing buildings combine to make a visit here a wonderful experience. We spend the morning touring the city, a UNESCO World Heritage Site. Drive to the Upper Barracca Gardens, located on the highest point of the 16th-century walls that the Knights of Saint John built to protect their city. Take in the remarkable views of the Grand Harbor, Fort Ricasoli, and the Three Cities—Birgu, Senglea, and Bormla. Continuing through Valletta’s historic streets you’ll tour St John’s Co-Cathedral, complete with elaborate inlaid marble tombstones and monumental artwork. Then we visit Malta’s old capital, Mdina, a walled medieval city dating from the Norman and Baroque periods, that has been inhabited for thousands of years. Walk through the city's streets and enjoy the fantastic view from the bastions. Marvel at the impressive Mdina Cathedral and then a short drive to the Rotunda of Mosta, the fourth-largest unsupported dome in the world. During World War II, a bomb pierced the dome and landed, unexploded, in the church. Return to Sea Cloud docked in Valletta where you can wander on your own after dinner. (B,L,D)

This morning we visit Malta’s “second island,” Gozo, with our focus on the ancient megalithic temples of Ġgantija, a UNESCO World Heritage Site. Older than both the Pyramids of Giza and Stonehenge, the giant structures of Ġgantija were built by civilizations that thrived here more than 5,000 years ago. We’ll also visit the artfully restored medieval windmill of Ta Kola—one of the many structures built by the Order of the Knights of Malta, who ruled the Maltese islands for centuries—before returning to Sea Cloud and an afternoon cruising back to Sicily, with hopes of sailing in the afternoon winds. (B,L,D)

Wake this morning to Siracusa, a city that once rivaled Athens in cultural and economic wealth. We’ll explore the archaeological park, which showcases one of the world’s largest theaters of antiquity, a 15,000-seat arena hewn from bedrock, which is still in use today. We’ll also visit the nearby limestone quarry, the cave of “Dionysus’ Ear,” and the Roman amphitheater before returning to Sea Cloud for lunch. This afternoon, venture to the enchanting island town of Ortygia to discover its numerous little piazzas and twisting alleys. But the main feature is the Duomo, or Cathedral, which was built from the ruins of Sicily’s ancient Temple of Athena. The history of Sicily can be told in the walls of this incredible construction. (B,L,D)

We anchor off the port of Giardini Naxos and drive up to the intoxicatingly beautiful town of Taormina, which spills across the slopes at the foot of Mount Etna, dominating to the south. The stunning medieval town boasts the now-fashionable walk on the pedestrian Corso Umberto, lined with exquisite buildings, and ends at the Greco-Roman Theater. This unforgettable theater was built right into the cliffside, overlooking the vast sea below, in the 3rd century B.C. From Taormina, we continue to the Castello degli Schiavi, a phenomenal 18th-century privately-owned villa, for a very special private lunch. Meet members of the family that still owns the villa and explore the extensive buildings and grounds that served as the setting for many scenes in The Godfather. We then return to Sea Cloud, docked in the port of Messina. Enjoy dinner on deck as our vessel follows the wake of Odysseus through the narrow Strait of Messina, the bustling waterway that separates Sicily from the boot of Italy. It’s the mythical location of Homer’s monsters Scylla and Charybdis—the rock and the hard place whirlpools through which Odysseus had to sail. (B,L,D)

The Aeolian Islands are not only famous for the winds of the god Aeolus, but also for some of the most well-known classical volcanoes. We’ll sail in the morning with the islands of Vulcano and Stromboli in view, anchoring for the afternoon at Lipari. Here we’ll go ashore for a scenic drive around the perimeter of the island, with fantastic views of the other Aeolian volcanoes, before returning to the main town. We visit the small but surprising archaeological museum that has an extensive collection of Neolithic artifacts made from the local obsidian, which provided the foundation of the island’s prosperity during the Greco-Roman era. This evening, we’ll have dinner on deck as Sea Cloud cruises the 25 miles to Stromboli—and with a little luck, we’ll see some of the pyrotechnics of this active volcano, a perfect way to end such an adventurous voyage. (B,L,D)

After such an action-packed voyage, we take a full day for sailing, reflection, and relaxation. Join our expedition staff for talks on the Lido Deck, as the captain takes advantage of the prevailing wind for optimal sailing. Aboard Sea Cloud there will be time to catch up on journals, photo reviews, questions, sample a collection of Sicilian wines, and to simply enjoy the thrill of an extended sail on this historic square-rigged tall ship. This evening, we’ll celebrate our voyage with the Captain’s farewell cocktail party and dinner at sunset. (B,L,D)

Disembark after breakfast and transfer to the airport for your flight home. (B)

Travel aboard any Sea Cloud departure and we will cover your bar tab and all tips for the crew.

Save 10% on any consecutive journeys taken on board one of our expedition ships. This savings is applicable on voyage fares only, and are not valid on extensions or airfare.

We believe sharing an expedition with your kids or grandkids is a life-enhancing experience. So take $500 off for each child under the age of 18.

Certain offers may be combinable, up to two savings opportunities, except where noted otherwise. For example, travel with a group of 8 or more on back-to-back expeditions, and take advantage of both savings.

Save 5% when traveling as a group of 8 or more people. Take advantage of these great savings, while enjoying traveling with your friends and family. This savings is applicable to voyage fares only, and is not valid on extensions or airfare. Deposit, final payments, and cancellation policies for group travel vary from our regular policies.

Travel on this itinerary from $14,990 per person

Make the most of your proximity and time

On our three-day post-voyage extension, we’ll show you a great deal of Naples’s essence. You’ll see the historic center, a World Heritage Site, with one astonishing work of art and architecture after another. You’ll have a panoramic view from atop a hill overlooking the extraordinarily lively city and the Bay of Naples. Then, visit Pompeii, abruptly destroyed by Vesuvius in A.D. 79, and witness its extraordinarily well-preserved homes. Deepen your understanding of the events that unfolded in the ancient city with a guided tour of the National Archaeological Museum in Naples, where you’ll see many of the artifacts found in Pompeii. Among the treasures the museum showcases are the exquisite sculptures of the Farnese Marbles collection.

Itself a piece of history, you’ll stay at the Grand Hotel Vesuvio along the waterfront, where Neapolitans from all walks of life come to stroll and enjoy themselves, and just steps from Castel dell’Ovo where, legends says, Virgil places a magic egg into the foundation. We hope you’ll join us. 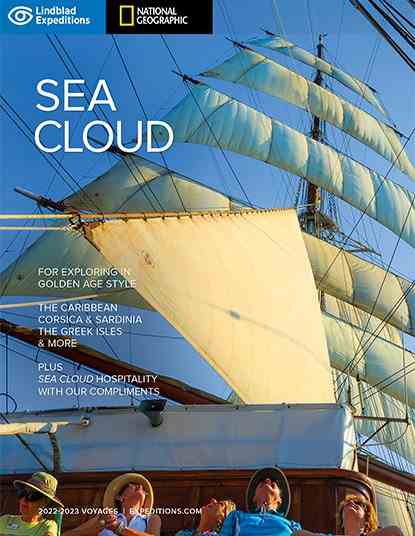