Extraordinary diversity and a dazzling array of points of interest await on this exploration through five countries, two legendary rivers, and a host of places few people ever see. Experience fascinating ecosystems from riverine to jungle to urban, within dramatic natural settings. Spot tropical wildlife from spinner dolphins to the spectacle of hundreds of scarlet ibis coming home to roost. Have the rare opportunity to explore pristine Fernando de Noronha, a UNESCO site; grand Kaieteur Falls, two times the height of Victoria Falls; and well-preserved colonial towns with a dramatic history.

Get out and explore—hike jungle pathways to see rare birds, stroll through colonial cities, and Zodiac cruise river deltas. Because National Geographic Explorer has a fleet of both Zodiacs and kayaks, the entire expedition community can embark at once on forays, no waiting around for returning parties. You’ll have a choice of activities each day, and the option to join any naturalist whose interests mirror yours. Plus, get top shots with the help of a National Geographic Photography Expert. Flexibility is a hallmark of our expeditions, and often the day-by-day itinerary will change as we take advantage of spur-of-the-moment opportunities or photographers linger ashore through the golden hour of light.

The sound of the steel pan and calypso tell us we’re in Trinidad & Tobago. Arrive and join us for a welcome reception before an overnight at the Hyatt Regency Trinidad Hotel. (D)

Drive to Caroni Swamp on the west coast of Trinidad, where scarlet ibis return by the hundreds at dusk to roost—one of the world’s great wildlife spectacles. The next day, enjoy a leisurely breakfast and perhaps a dip in the pool, with sweeping views of the Gulf of Paria, before embarking our ship in Port of Spain and settling in as we set sail southward. (B,L,D)

This is a day to explore the amenities of our ship and prepare for the adventures ahead. Visit the Bridge (a great place to spot marine life), have a relaxing massage, attend a talk about the history of this storied coast, or settle into a comfy chair in the observation lounge to read or look out over the waves and reflect on what you've seen and what is to come. (B,L,D)

Little-visited Guyana has some of the planet’s most pristine rainforest. On the Essequibo, spot colorful macaws, cotingas, and jacamars—a few of the more than 600 bird species for the area. Fly over Guyana’s crown jewel: powerful 822-foot Kaieteur Falls. Once on the ground we explore the rainforest and look for rare parrots and toucans. In Georgetown, Guyana’s capital, discover rich colonial architecture, historic markets, and spirited local music. (B,L,D)

Paramaribo’s well-preserved Dutch colonial architecture has earned it a UNESCO designation. Explore the waterfront with its wooden colonial buildings, and Fort Zeelandia, home to the fine Suriname Museum. (B,L,D)

Devil’s Island became notorious as a penal colony whose inmates included Alfred Dreyfus and Henri Charrière—who chronicled his escape in the book Papillon. Explore the remains of the prison and spot birds and monkeys in the surrounding jungle. Then relax during a day at sea. (B,L,D)

Enter the great delta region of the Amazon and spend three days exploring the river and its tributaries by ship and by Zodiac. Spot macaws, toucans, and kingfishers, along with monkeys and the two elusive species of river dolphin found here—the gray tucuxi and the pink boto. See some of the communities of local residents, called caboclos, who make their living in this rich but difficult environment. (B,L,D)

The gateway to the Amazon, Belém has a rich colonial history evident on our walk in the Cidade Velha (Old City). Visit the Ver-O-Peso market, with its amazing variety of rainforest medicinal remedies, or the town of Icoaraci, known for its ceramics. (B,L,D)

Enjoy the pleasures of being aboard National Geographic Explorer with an expert staff. Attend a photo presentation given by a National Geographic photographer and get your photography questions answered. Head up to the Bridge, where the officers will reveal the secrets of navigation. Hear talks from our naturalist team that will prepare us for the exciting days to come on Fernando de Noronha. Unwind, have a massage in the wellness center, read in the excellent library, or listen to music curated by our onboard musicologist. (B,L,D)

The Fernando de Noronha archipelago is a UNESCO Site recognized for its marine life and breeding tropical seabirds. Enjoy three days exploring its beaches, birdlife, and rich marine life. Hike, swim, and snorkel. Or go on a boat excursion to watch spinner dolphins, renowned for their acrobatics. (B,L,D)

After time at sea, arrive at colorful Salvador, capital of the state of Bahia and cultural center of Brazil. Salvador’s music is legendary—the region is the birthplace of the samba. (B,L,D)

After breakfast, we disembark and have a walking tour of Salvador through the historic Pelourinho, a network of sweeping avenues lined with towering pink, yellow, and purple buildings finished with elegant white trims. Later, we transfer to the airport for overnight flights home. (Day 23: B,L) 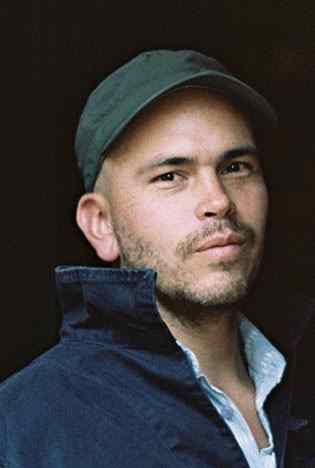 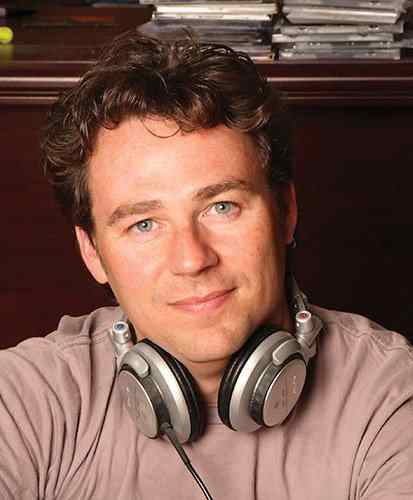 Our Ship in South America

Join Ethnomusicologist and music researcher Jacob Edgar this September and learn how music opens a vibrant gateway into culture.

Certain offers may be combinable, up to two savings opportunities, except where noted otherwise. For example, travel with a group of 8 or more on back-to-back expeditions, and take advantage of both savings.

Save 5% when traveling as a group of 8 or more people. Take advantage of these great savings, while enjoying traveling with your friends and family. This savings is applicable to voyage fares only, and is not valid on extensions or airfare. Deposit, final payments, and cancellation policies for group travel vary from our regular policies.

We believe sharing an expedition with your kids or grandkids is a life-enhancing experience. So take $500 off for each child under the age of 18.

Save 10% on any consecutive journeys taken on board one of our expedition ships. This savings is applicable on voyage fares only, and are not valid on extensions or airfare.

Valid for new bookings only on select departures, subject to availability, not applicable on extensions, and may not be combined with other offers. Credit will be deducted from cabin fare prior to any additional applicable savings. Call for details.

4th person travels free on select 2022 departures. Book by January 13, 2023. Bookings of three full-paying guests may bring a fourth person for free. Offer applicable only on bookings of two double-occupancy cabins, and second cabin must be in same category or lower as first cabin. Valid on select departures, for new bookings only, subject to availability, not applicable on airfare or extensions, and is not combinable with other offers. Call for details.

Get a free extension to either Salvador or Rio de Janeiro when booking Wild South America: The Guianas To Brazil. Must be ticketed by Lindblad Expeditions, valid for new bookings only on select departures, and subject to availability. Call for details.

Travel on this itinerary from $27,130 per person

This morning, we woke up to find ourselves at the busy port of Georgetown, where National Geographic Explorer docked during the night. As the country’s capital and largest city, Georgetown is also a melting pot of several cultures. It is a fascinating place, as we got the chance to see on our way to the local airport. A tremendously rich mixture of African, Hindu, Chinese, British, Dutch, and native cultures (among others) makes for a picturesque and interesting place. We had the pleasure of watching a group of local Guyanese musicians perform for us at the dock in front of the ship. They mesmerized us with the rhythm and power of their drumming and provided an excellent introduction to the culture of this very unique city. At the airport, we boarded small planes to fly about 150 miles southwest of Georgetown. We passed over a green carpet of tropical rainforest to arrive at one of the country’s crown jewels, Kaieteur Falls. It doesn’t matter how many waterfalls you have seen during your life; nothing compares to Kaieteur. Water from the Potaro River falls an incredible 820 feet, dropping an astonishing 30,000 gallons per second over a 400 feet wide edge. Those numbers are certainly very impressive, but the sight of the falls is absolutely marvelous. Kaieteur Falls are reputed to be the world’s highest single-drop waterfall, five times the size of Niagara Falls. What a magnificent sight! Although the waterfall itself is worth the flight to this very remote location that is inaccessible by other means, we also had the opportunity to learn about the tropical rainforest and many of its inhabitants. We walked several jungle trails to various viewpoints and saw an astonishing variety of plants. In some of the large bromeliads, small pools of rainwater accumulate at the base of the leaves. In these pools, we found several small frog species, including the gorgeous golden rocket frog. Birders and non-birders alike enjoyed watching a group of Guianan cock-of-the-rock males. They competed for the attention of females at a lek. Leks are specific patches of forest that males use for display during the breeding season. What a truly beautiful bird and a highlight for all the birders onboard! Back in the planes, we were sweaty but extremely happy for the pleasure of experiencing such a wild and remote place where we watched the magnificent Kaieteur Falls. The falls are certainly Guyana’s crown jewel. 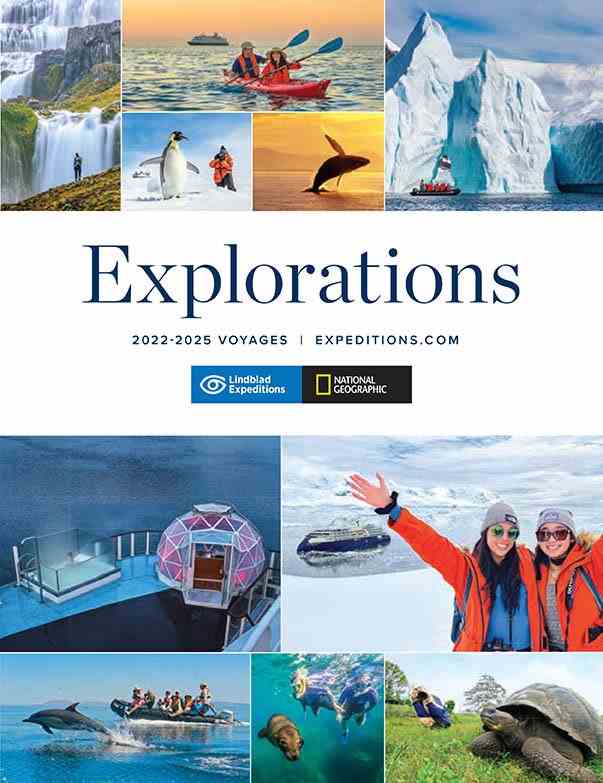