You may know actress Kate Walsh from her long-running role as Dr. Addison Montgomery on Grey’s Anatomy and Private Practice. As a TV doctor she tackled some pretty dramatic medical emergencies, but offscreen she’s been working to heal a very real health crisis—that of our oceans. Growing up in northern California, Kate spent a lot of time at the beach and even considered becoming a marine biologist. Life may have taken her in another direction, but ocean conservation has remained a constant. For over a decade, Kate has been involved with the non-profit Oceana, and through her association with them she has worked with the Belizean government to help preserve the world’s second largest barrier reef; she’s advocated for sea turtle protections in the U.S Virgin Islands; and she lobbied hard in D.C. to ban offshore drilling in the Atlantic Ocean, a fight which Oceana helped win. Lately, Kate has wanted to do even more to bring awareness to our ocean’s most fragile parts, so she jumped at the opportunity to travel with Lindblad-National Geographic to witness the Arctic—and the sea ice—firsthand. This past June she joined our 11-day Land of the Ice Bears voyage to the Svalbard archipelago—where she dove headfirst into adventure, and a very gutsy polar plunge! Kate shared her thoughts on this ‘mind-blowing’ experience.

What were your first impressions of the region?

The landscape was so foreign and beautiful and singular, that I couldn’t stop my brain from trying to compare it to something familiar. We’re sort of programmed to think, ‘it’s kind of like X or like Y”. But just like other singular places in the world like the Grand Canyon or Yosemite you finally realize, ‘oh wait, there’s actually no other place like this!” I was just completely overwhelmed starting with the flight from Oslo over to Svalbard looking out the window at the snow-capped mountains. It was truly awesome.

Was there anything that surprised you about this place?

Yes! On one of our very first excursions we were nearing shore in our Zodiacs and the landscape just looked like granite or rock, but when we got up close there was all this green moss with so many different flowers growing. I was completely shocked and amazed by all that. I grew up in Arizona for part of my life, so I know people always say ‘Oh, it’s the desert,’ but when the desert is in bloom in spring it’s spectacular. That was a really cool and weird correlation for me. Seeing these Artic succulents in a place that is seemingly barren and stark with extreme temperatures…I definitely geeked out over that.

Tell us about one of your most memorable moments.

Of course, seeing polar bears in their natural habitat was incredibly magical—especially the mama and cubs we saw playing and napping. But sea kayaking in the Arctic around glaciers with no one else around other than a few other people from the ship was pretty spectacular too. I loved hearing the crackling sound of the sea ice as we paddled around, and also observing the amazing colors of the different pieces of icebergs that floated by. 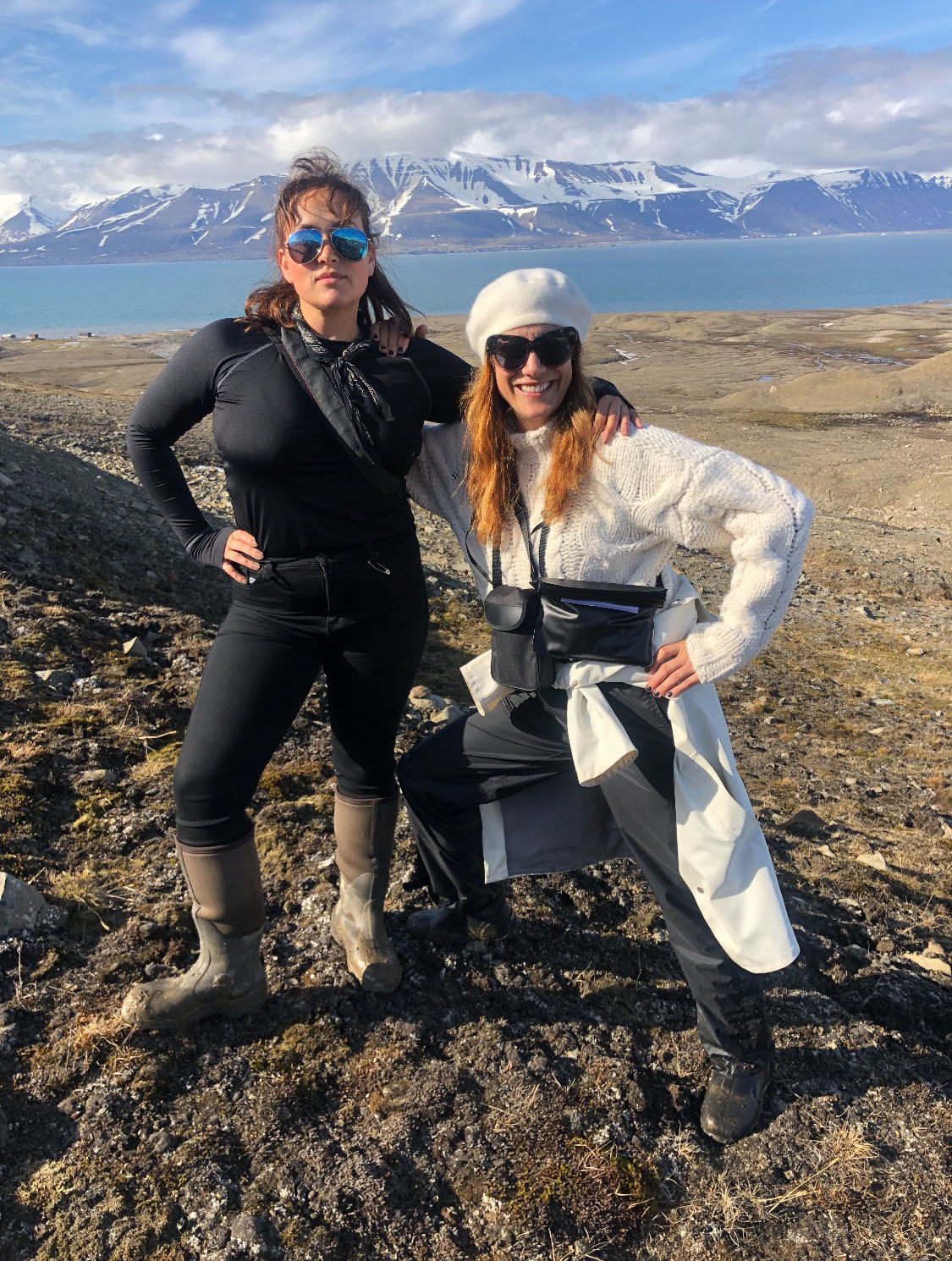 Now that you’ve seen the Arctic firsthand, what would you want to tell other people about going?

Well, to start you’ll truly be changed forever. You can watch nature documentaries and have an idea but there’s nothing like experiencing it in person. My mouth was agape most of the time even just from the scenery—the mountains and the ocean and the ice floes.

There’s also the palpable excitement of never knowing when you’re going to see wildlife—we were on call for it the whole time. The expedition leader would get on the PA and let us know they spotted a pod of beluga whales, or a blue whale, or walrus, and we’d all rush to the bow with our binoculars. There’s a definite adrenaline rush. Traveling with the staff and specialists—they were so educated and could answer any questions—it was so much better than Google!

And, of course, there’s the sense of urgency. I wanted to go because I don’t know how much longer polar bears are going to be with us. It’s very challenging to really understand how much is changing there if you’re not there. But it’s so obvious when you see it up close. You see these sea ice pieces are few and far between and if the bears don’t have those for hunting and the seals can’t use them to pup, everything is going to change. Being that close to them and seeing them in their world you get a deep sense of how integral it is that we protect their habitats.

What have you taken away from this experience? And how do you plan to share some of those learnings?

I was excited to discover there was a climate change group who happened to also be traveling on my trip. People from all over the world were there to figure out climate solutions that all of us can implement in our daily lives. Being surrounded by those conversations really made me think about how I can be more mindful in my day-to-day living to leave a zero-carbon footprint. I’m working on producing a travel show and I definitely want zero carbon to be a big part of this project now that I’ve become more cognizant of it.

Right now, I’m also helping a lovely 19-year-old woman I met from the climate group. She’s going to Berkeley this fall but she’s preparing to walk 60 miles to the South Pole in January 2020 to support 2041 Climate Force, and she’s doing it all zero carbon, surviving on renewable energy, and on a vegan diet. I’m helping her get the word out to raise some of the $80K she needs to make the trip.

Surprising Desert Isles in the Sea of Cortez