Canada’s three coasts feel very different underfoot. In the west, deep moss makes a trail that feels like walking over sofa cushions; in the east, long grasses swish and slap against your boots; and up north rocks and rivulets form tiled patterns over the permafrost. 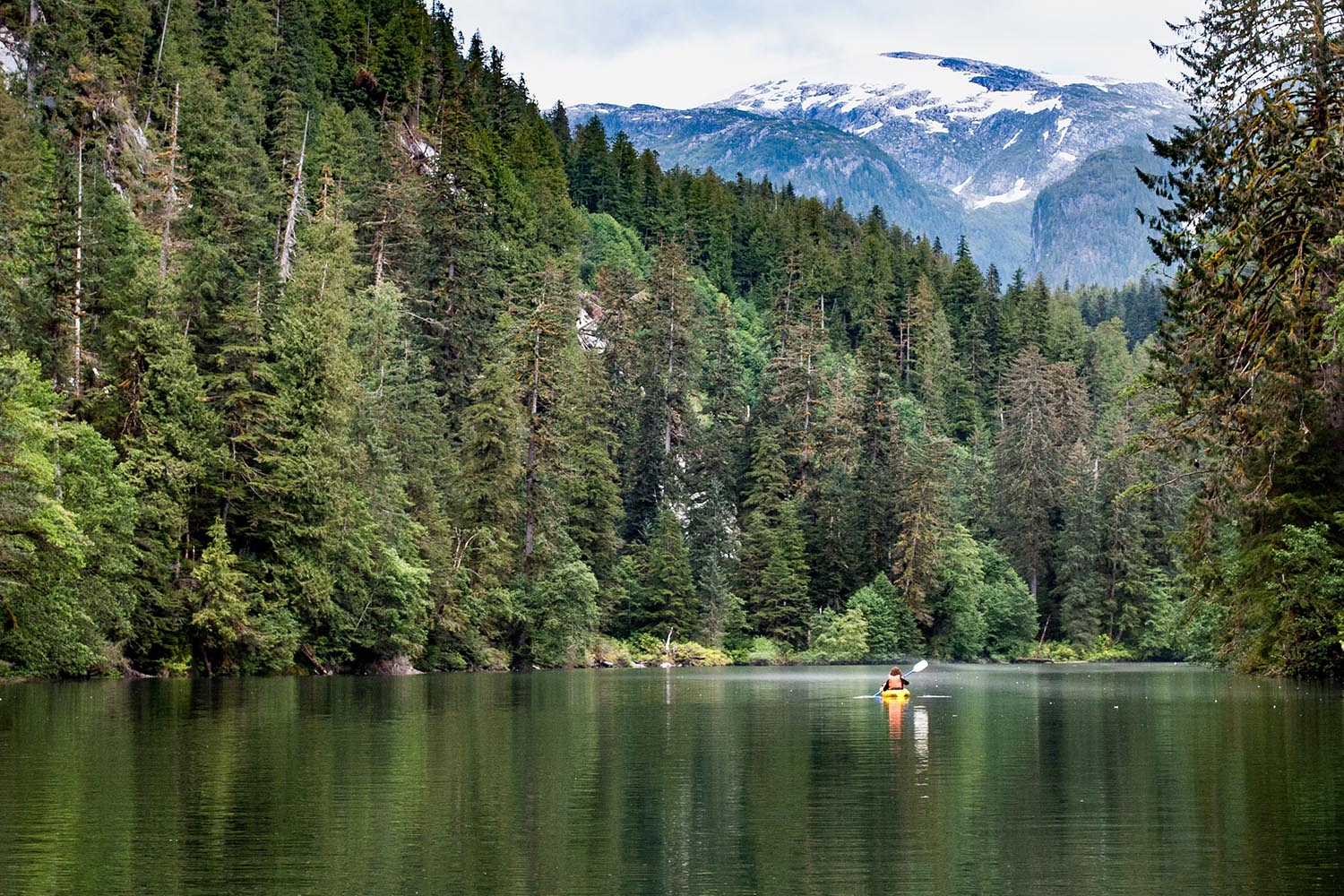 It was the west coast that convinced me to start working at sea. It’s a classic story: I flew into British Columbia’s Great Bear Rainforest for a six-week job and stayed for a decade. In that ecosystem— a maze of giant spruce, estuary flowers, and intertidal zones—the line between land and sea dissolves. Salmon head upstream into the forests, wolves come down to the beaches, herring spawn along the shore, and songbirds thrive on marine nutrients they find high in the trees. The rainforest teaches us to let go of categories and borderlines. The people who live there understood the connections long ago. 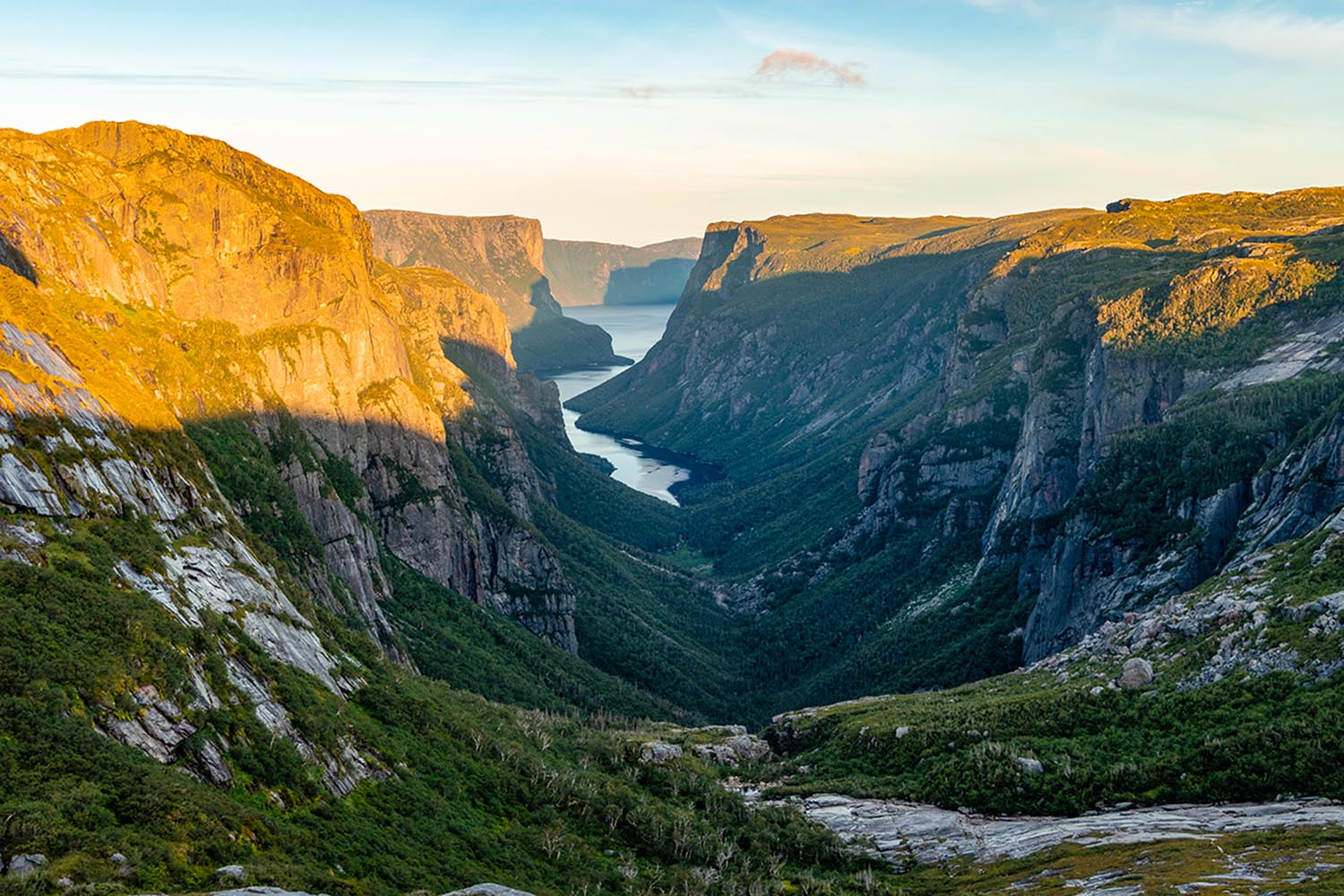 On the east coast, in Newfoundland, visitors come for the Viking stories that books and movies have made famous. Viking archaeology has drawn me back to the L’Anse aux Meadows site again and again, but this coast—with its rounded hilltops and sparkling bays—provides more questions than answers. The Viking story takes us underground to bog iron forged into metal 1,000 years ago, but the surrounding hills of Gros Morne National Park expose the earth itself. In select places, you can put your hands on the earth’s mantle, an extremely rare landscape that took 500 million years to form. This opening in the earth’s crust lets us see and feel what most of our planet is actually made of. And just like that, the Viking era feels like yesterday. 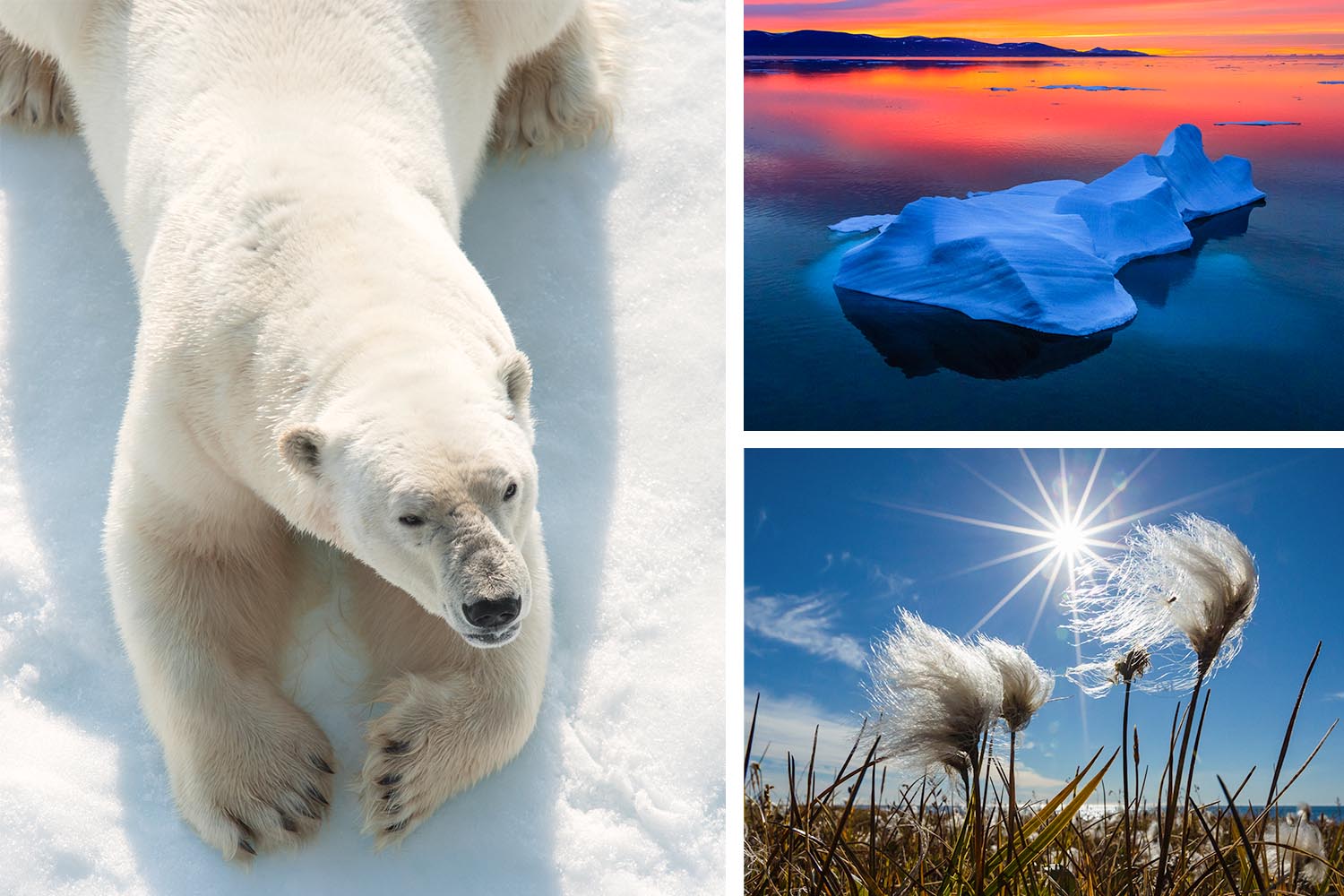 The Arctic coast is the longest and least visited, and it has changed my perspective more than any other place on earth. The Canadian north is so large and varied you could use almost any adjective to describe it, yet the people I’ve met there have helped me rearrange my Arctic vocabulary. They’ve taught me to see peace and abundance which so many outsiders mistake for emptiness. Many of us are drawn north for the wildlife, including narwhal, polar bear, muskox, and caribou, yet I’ve been equally moved by the chance to gather crowberries for tea time or willow cotton for lamp wick. There are stories everywhere in the north, because almost everywhere—like most of Canada’s coastlines—has been somebody’s home.

Jennifer Kingsley is a Canadian and a cultural specialist with Lindblad Expeditions. She won the National Outdoor Book Award for her book “Paddlenorth.”

Explore Canada on one of our diverse itineraries and discover unexpected wildness, surprising culture, and epic natural beauty.

The Galápagos Islands: Where It’s Shark ...