The Bering Sea is a wildlife lover’s—and wildlife photographer’s—dream. The islands and coasts that ring the sea on both the Russian and Alaska side are teeming with birdlife and fascinating land mammals like muskox, arctic fox, and polar bears; while the surrounding waters are churning with whales, seals, otters, and more. Guests who ventured with us this past season to this seldom-seen region were generously rewarded with incredible encounters. National Geographic photographers and certified photo instructors traveling aboard captured these spectacular photos, each which tells just a fraction of the wild stories unfolding in this natural wonderland. 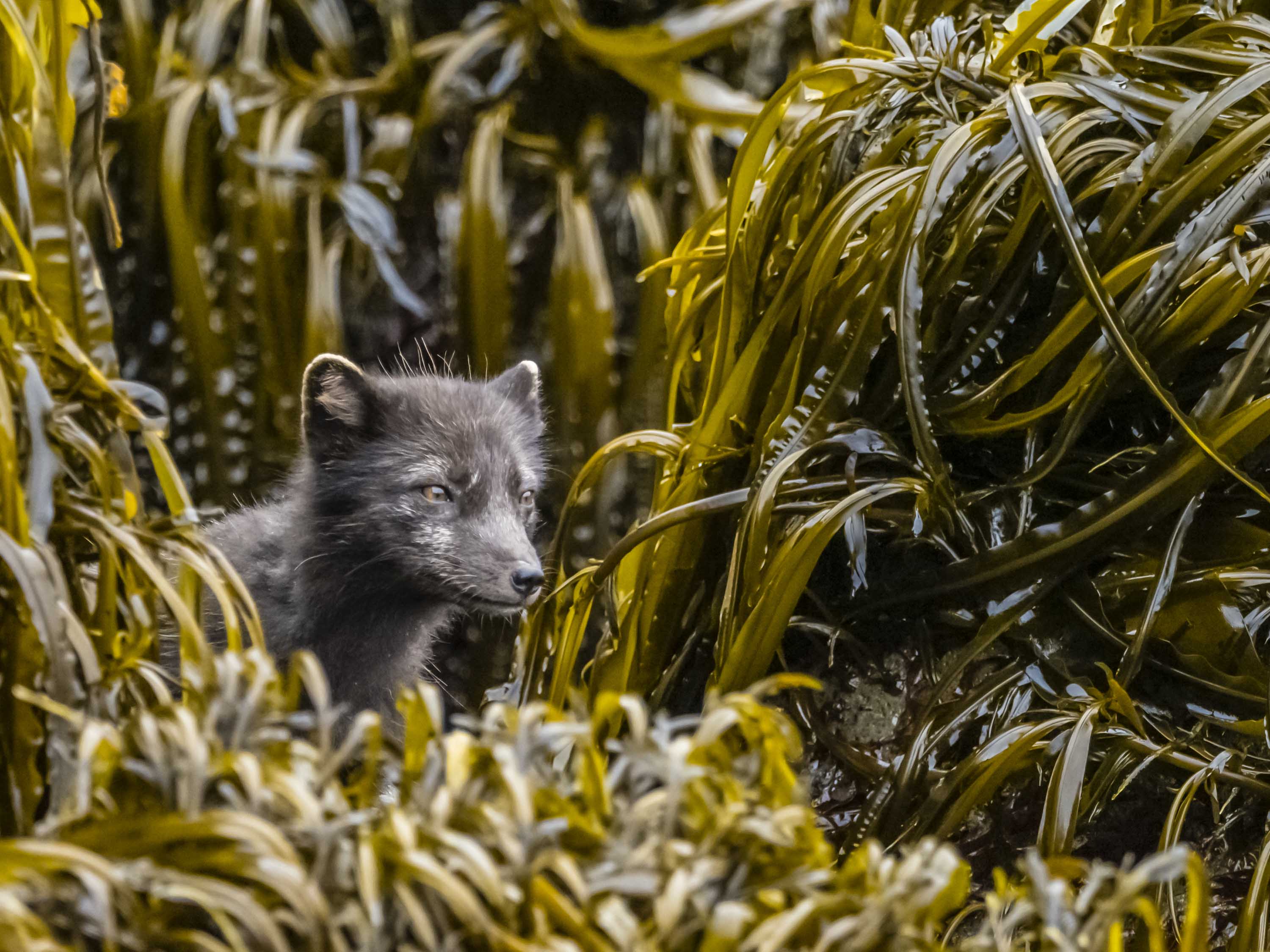 The striking arctic fox is one of only three species of land mammals that are considered native to the Pribilof Islands. These nimble creatures can be found all over the two main islands, St. George and St. Paul, deftly navigating steep cliffs to launch attacks on nesting seabirds and their eggs or stalking the shoreline for lemmings, fish, or carrion. 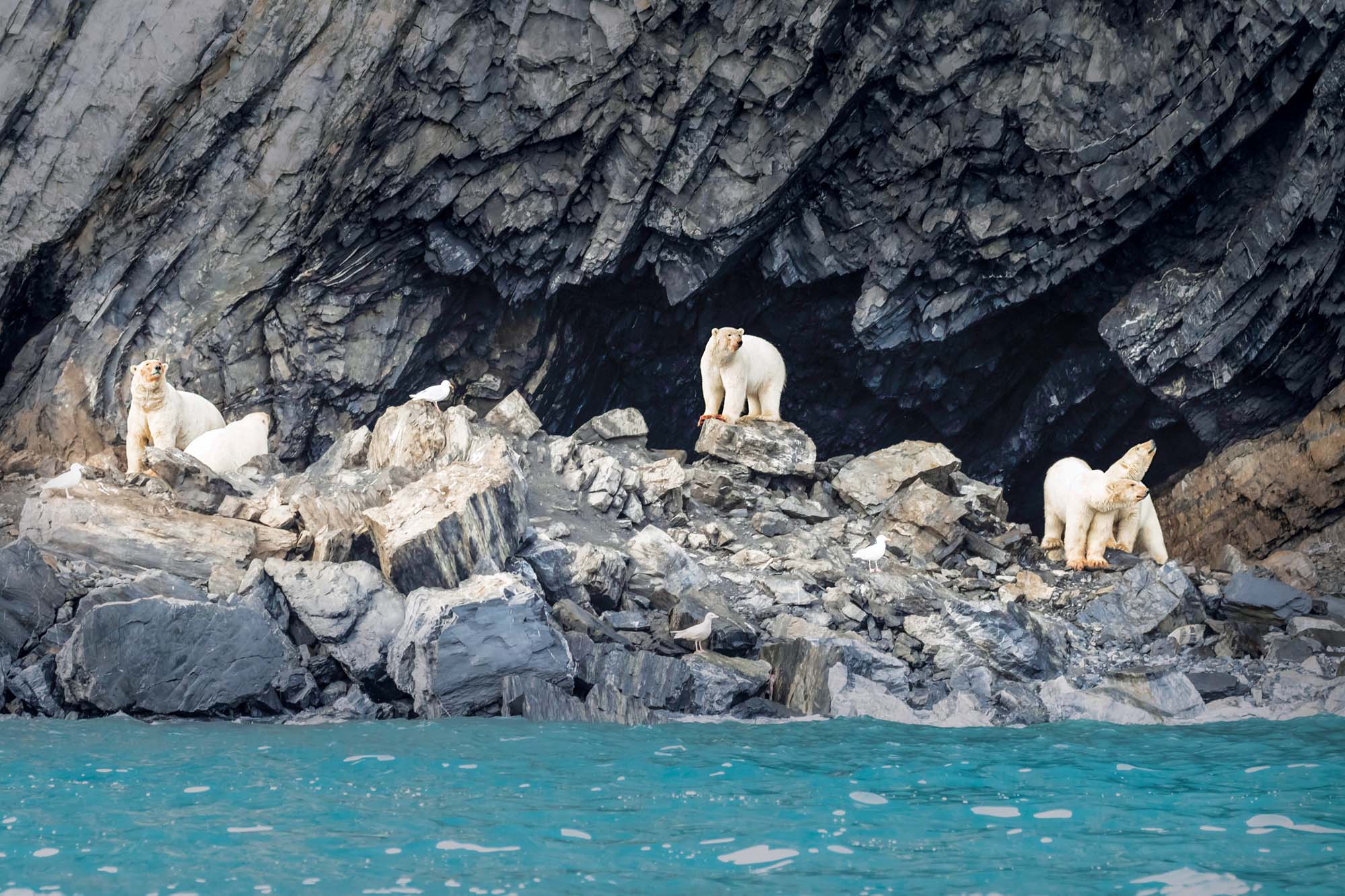 Wrangel Island, a UNESCO site well above the Arctic Circle, is near-mythic. It’s the most biodiverse island in the High Arctic and host to more ancestral polar bear dens than anywhere else on Earth. When it’s free from ice, you can sometimes find bears not only in amazing abundance but in close proximity as they gather to feast on whale carcasses washed ashore. 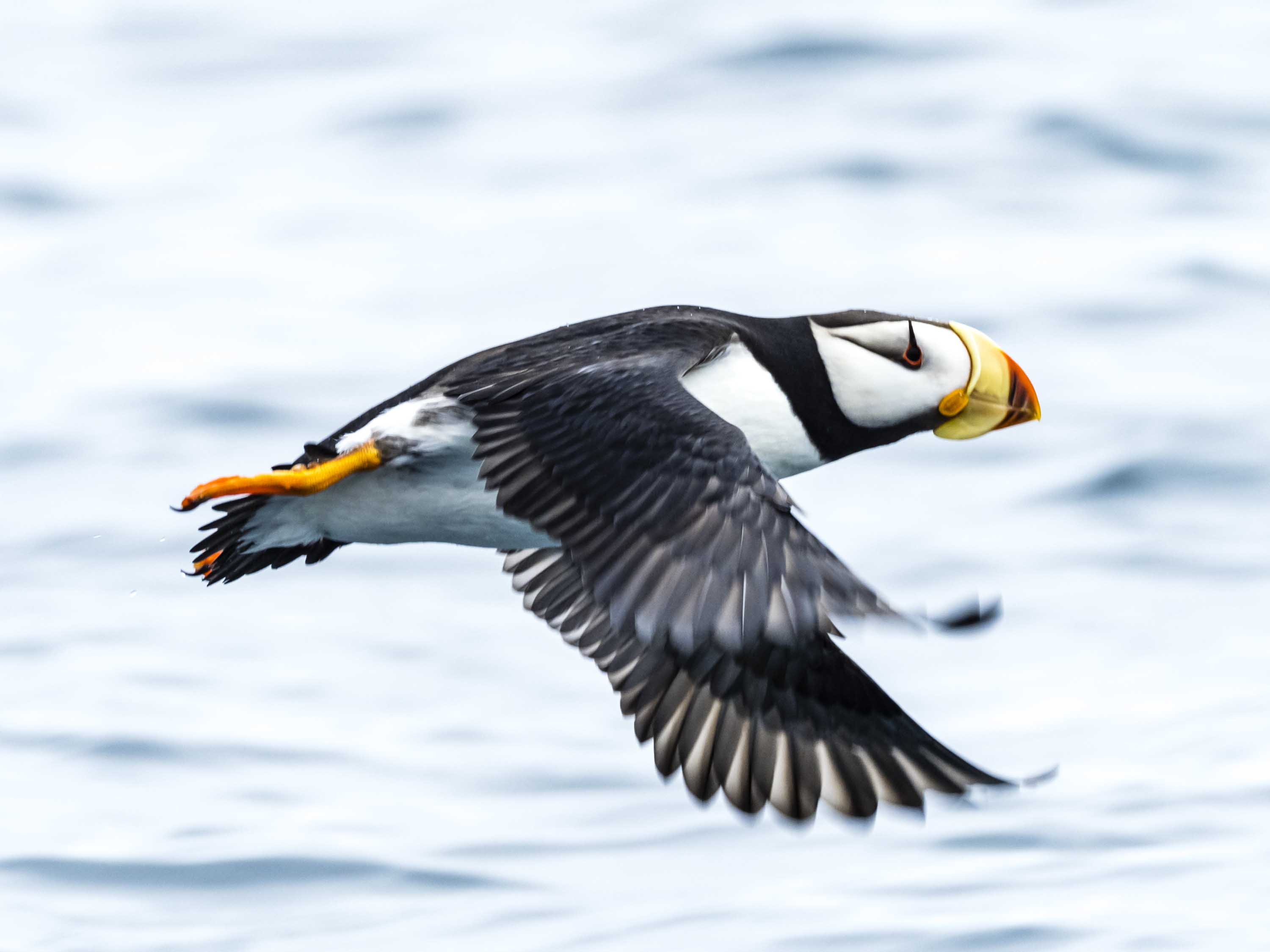 Even non-birders get a thrill from the sight of these cute and charismatic characters. A fleshy black horn above the eye distinguishes this puffin from its counterpart the tufted puffin, which sports two tufts of yellow feathers on its head—but both species can be spotted thriving around the Aleutian Islands. 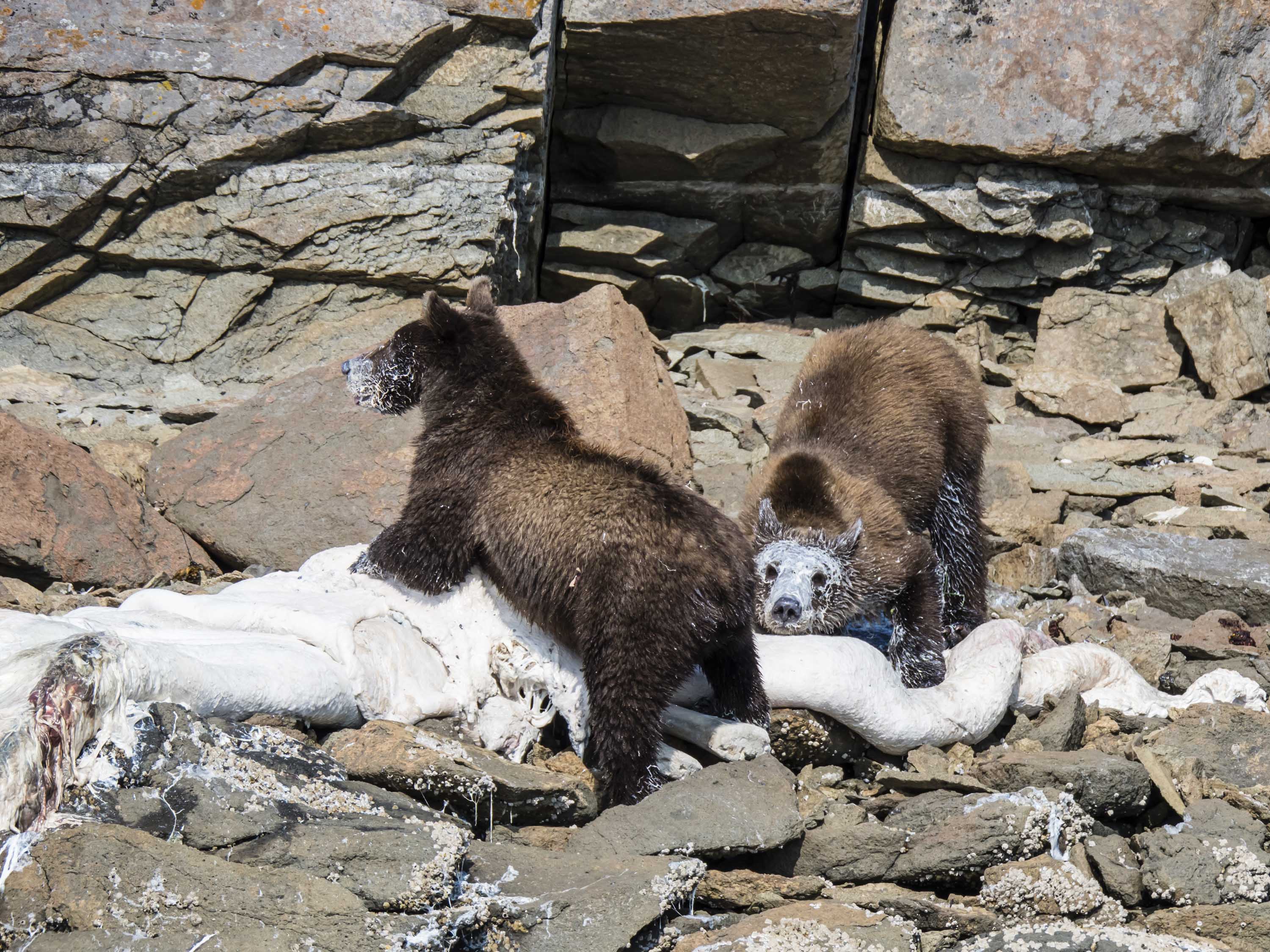 Katmai National Park is legendary for the coastal brown bears that come to feed on salmon, clams, mussels, and other tasty morsels they find beneath the intertidal rocks. But occasionally they come across the motherload of meals—a whale carcass. We discovered these two young bears thoroughly enjoying the slimy remains and covering themselves in white fat. The mask-like effect it left behind made for some very unique photo ops.

Watch video of these feeding bears in action > 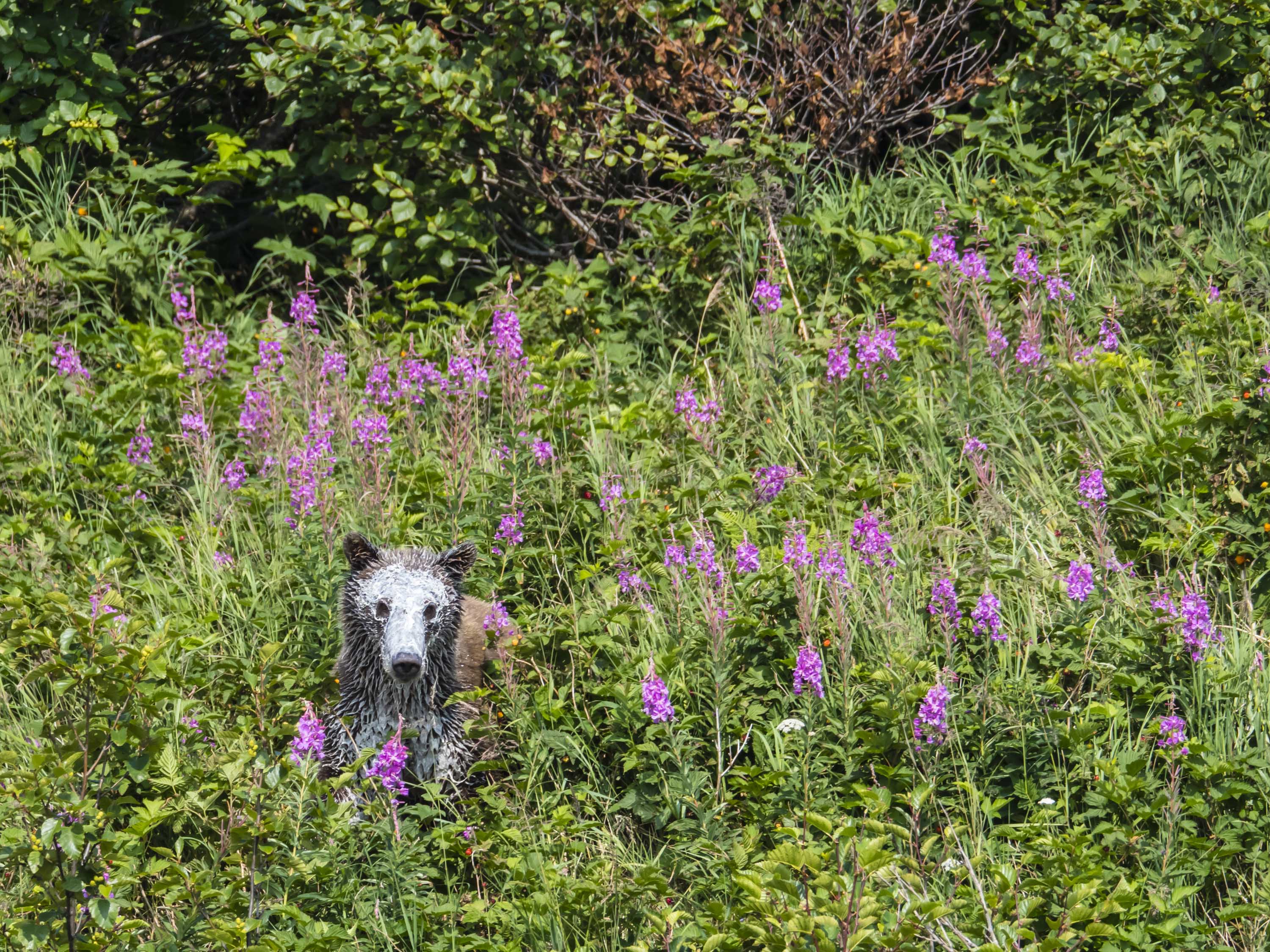 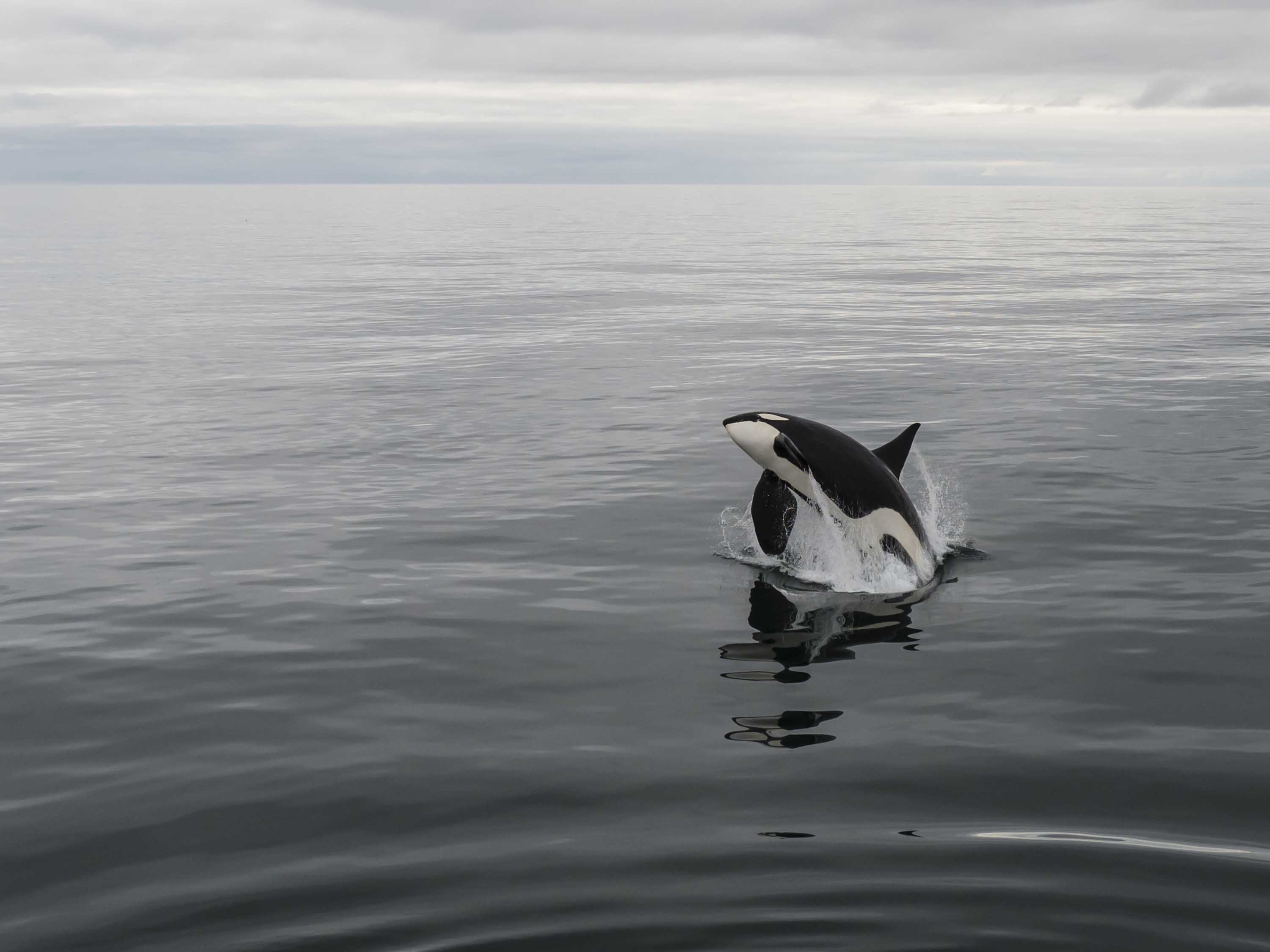 This adult bull killer whale put on quite a show for guests aboard National Geographic Orion, breaching two times right off the bow and displaying several other behaviors like pectoral fin slapping and tail fluking. Thanks to the huge congregation of northern fur seals in the area, these whales can be actively found hunting. 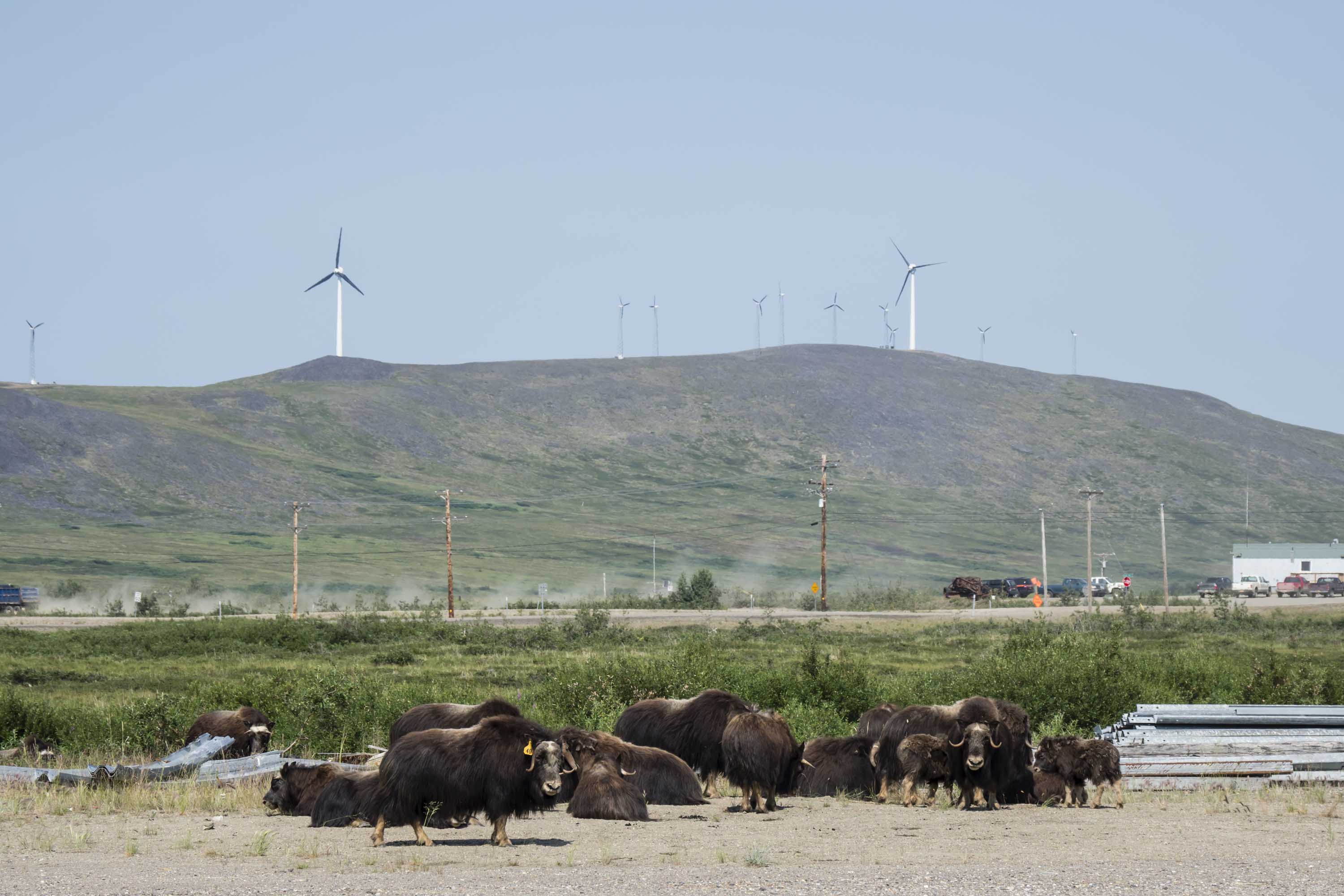 There are very few accessible places in the world where you can witness muskoxen in their natural habitat—and Nome, Alaska is one of them. To escape predation from bears and wolves, herds of these hardy woolly beasts roam the town all summer, even choosing the safety of human populated areas. That results in incredibly unique views like this: one of the Arctic’s oldest living species juxtaposed against modern-day backdrops. 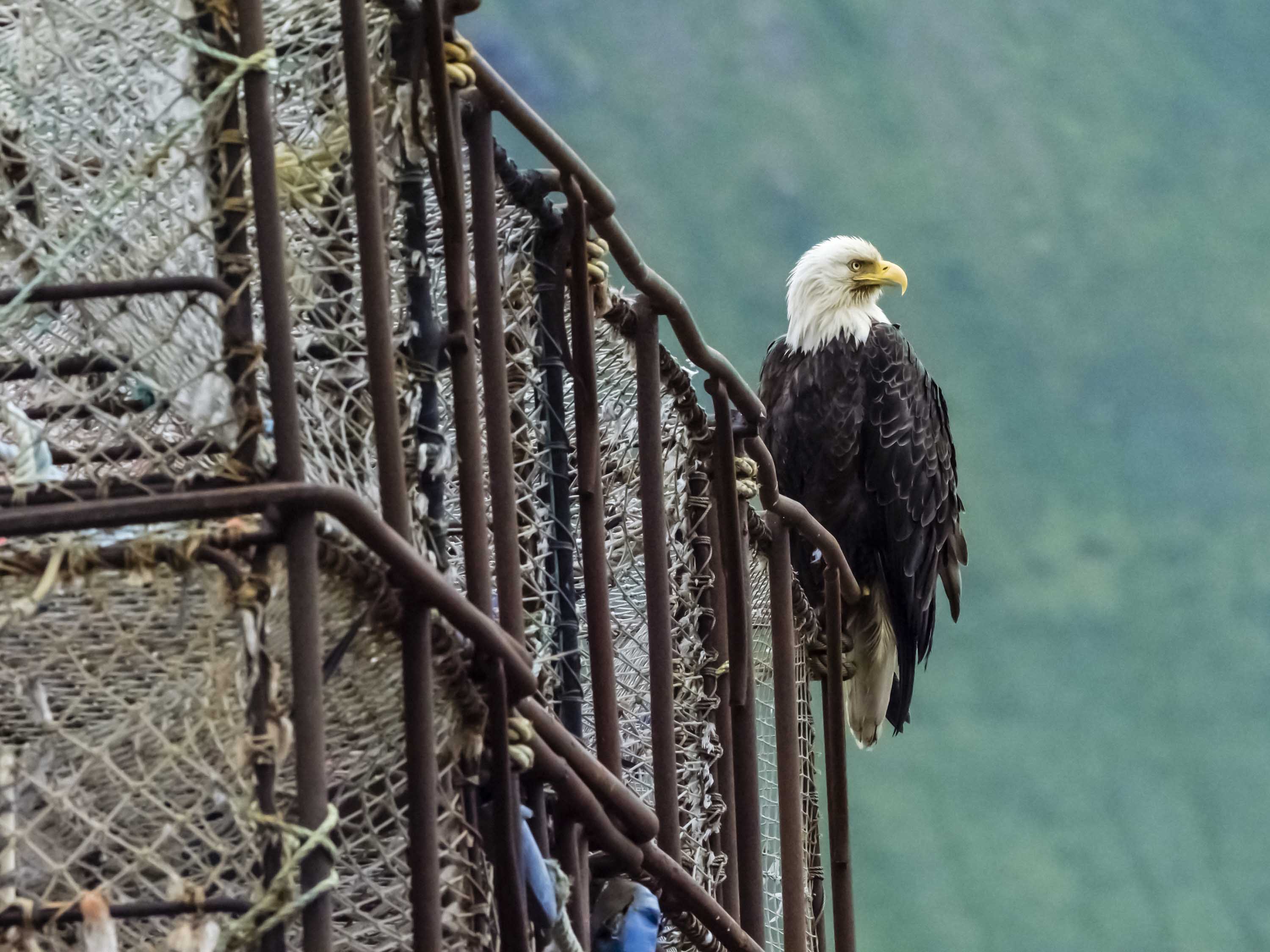 Fans of Discovery Channel’s Deadliest Catch might recognize this typical scene found in Dutch Harbor, Unalaska where the fishing boats often stop. Massive crab pots are piled high not just on the docks but in many other parts of town and they’re a prime place for spotting bald eagles who are looking to swipe an easy meal. 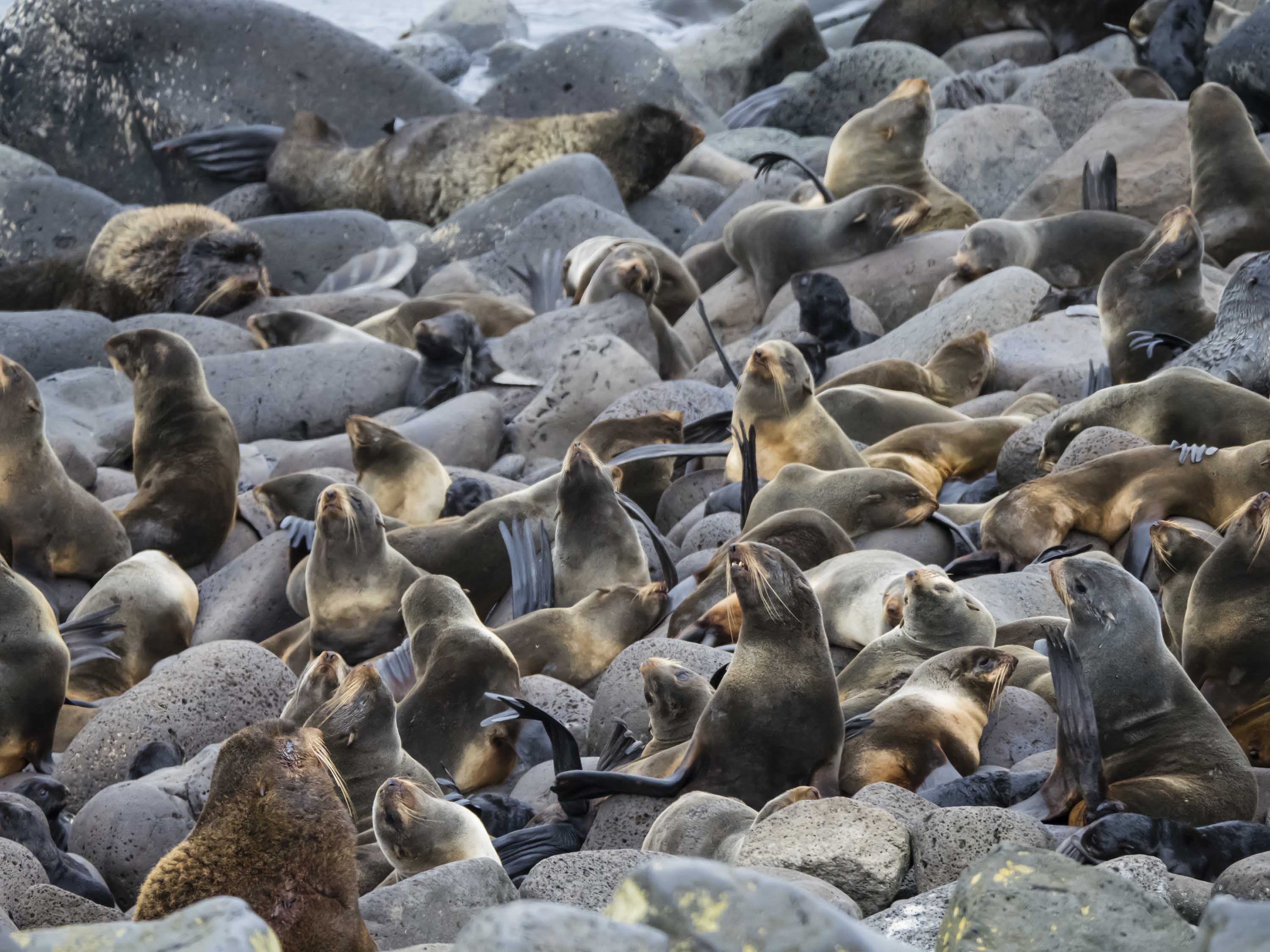 It’s not surprising the Pribilof Islands have been nicknamed the “Galapagos of the North.” Millions of seabirds and marine mammals come to these rugged islands each summer to breed, including half the world’s northern fur seal population—some of them seen here in the species’ largest breeding rookery.

5 Reasons the Russian Arctic is ...