Vietnam is a place of rich and complex history and extraordinary natural beauty. It’s not surprising that—although it’s about one and half times smaller than the state of California—it’s home to eight UNESCO World Heritage Sites. On our brand-new itinerary along the coast of Vietnam we’ll explore four of these sites of ‘outstanding universal value.’  Plus, one bonus destination not on the list, but very worthy of visiting.

GO ALONG THE VIETNAM COAST: VIEW OUR NEW ITINERARY >

Legend has it when Vietnam first became a country, the Vietnamese had to fight off hostile invaders from the north. Hearing the pleas of the Jade Emperor, the gods sent Mother Dragon and her children to help. The dragon family destroyed the enemy in a blaze of fire and spat out jade and emeralds into the bay, creating an impenetrable barrier for any future attacks. Today, you can see these ‘jewels,’ which are said to be the dragons’ teeth, in beautiful Ha Long Bay. Thousands of towering limestone islands, each covered in lush rainforest, form a spectacular seascape as they rise up from the emerald water. For an up-close view, take to a traditional junk boat and explore the many coves and grottos. 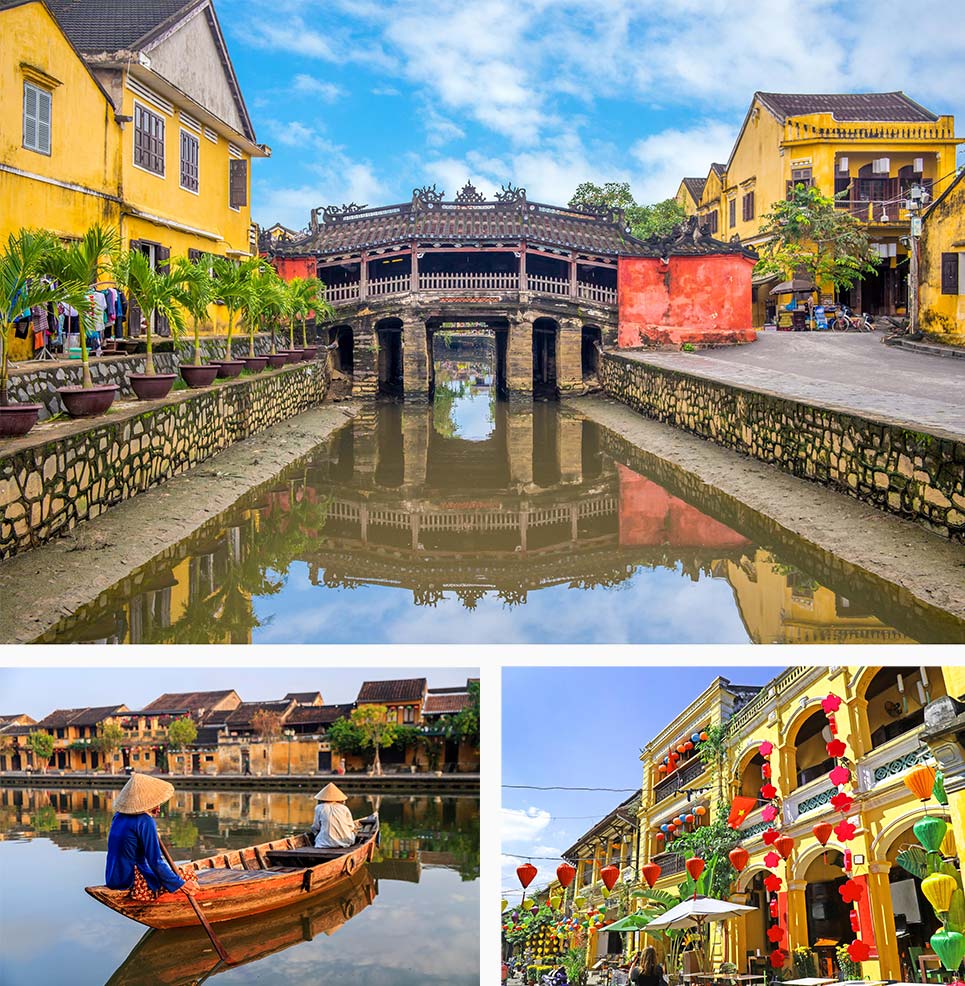 Hoi An is a remarkably well-preserved example of a traditional South East Asian trading port and commercial center. Among the 1,100 timber-framed buildings, you’ll find an unusual mix of architectural styles that reflect foreign influences over the centuries. Chinese tiled rooftops mingle with French Colonial shutters and Vietnamese ‘door eyes’ which protect the dwellers from harm. Then there’s the most iconic site in town: the ornate Japanese covered bridge dating back to the 18th century. Look for the weathered dog and monkey statues which guard both entrances as well as the ancient Chinese script which lists the benefactors who contributed to the bridge’s restoration.

My Son Sanctuary—A Tribute to the Hindu Gods 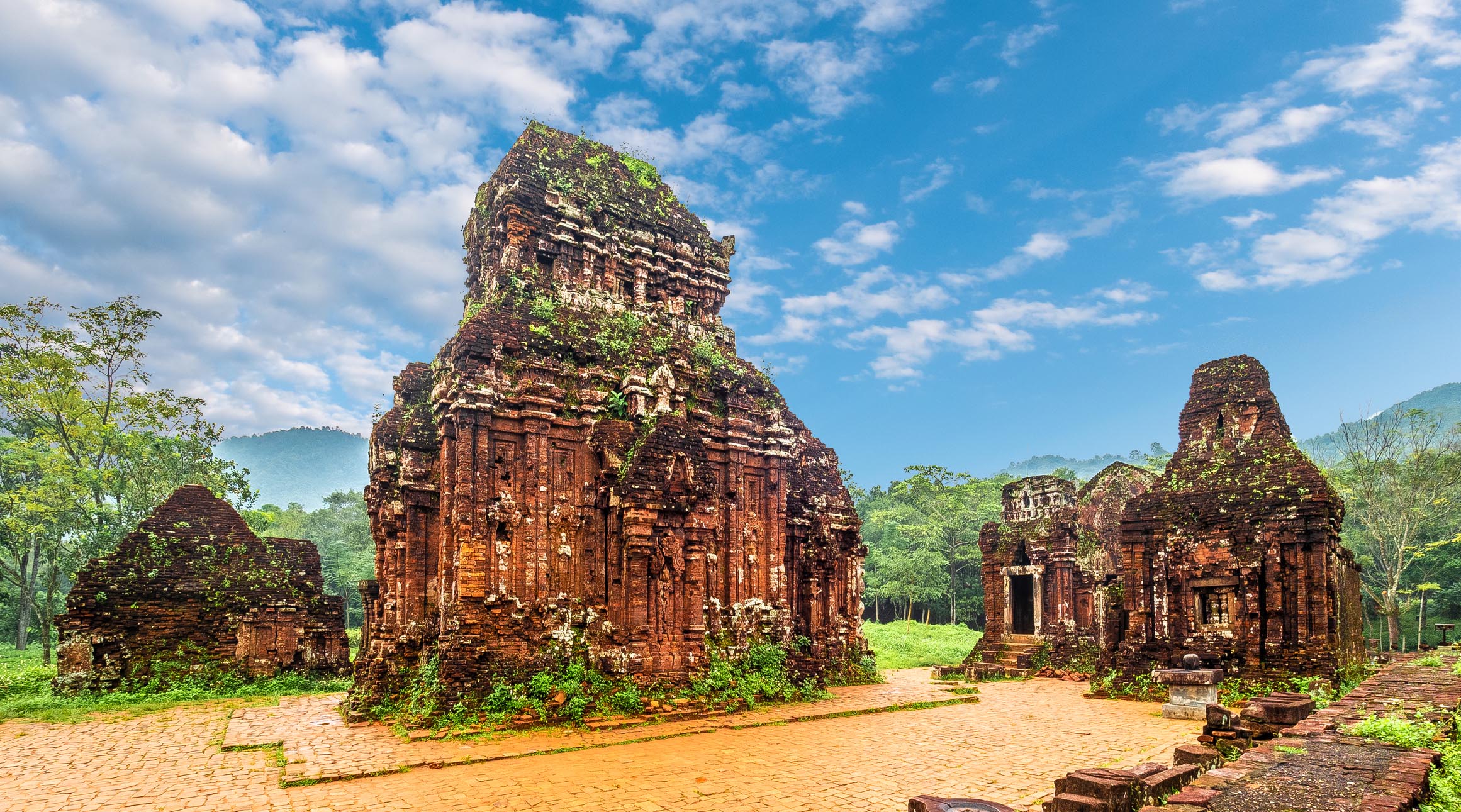 In 1898, this ancient capital of the Champa Kingdom was unearthed in the jungle by French archeologists, who then extensively documented the site. The Champa people, predominantly Hindus, built over 70 structures in honor of Shiva between the 4th and 14th century. Unfortunately, a bombing during the Vietnam War destroyed many of them, but 18 tower temples remain in this dramatic complex. And thanks to the detailed images left by the Frenchmen, efforts are underway to restore it back to its original grandeur. Be sure to stop into the nearby museum—it details the history of the site and houses many well-preserved sculptures (of gods, priests, and sacred animals) that once adorned the hallowed structures. 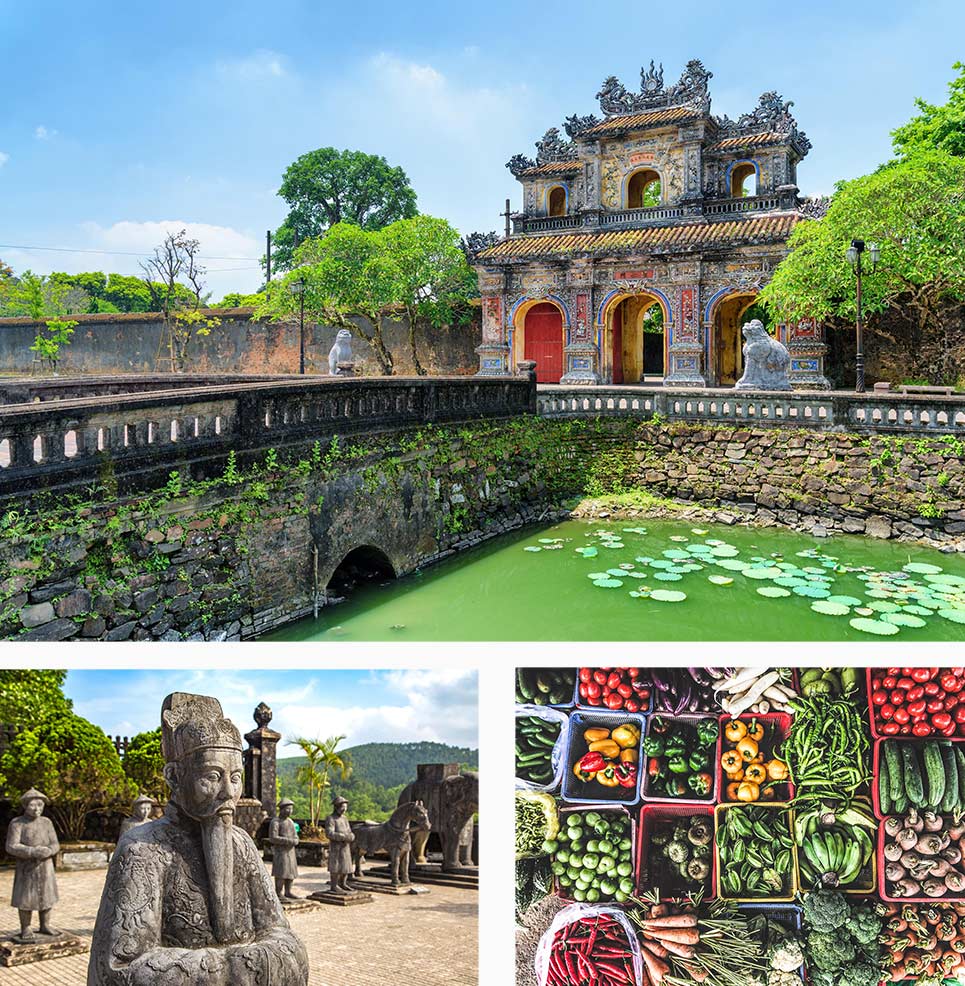 Modeled after the Forbidden City of Beijing, Hue is an embarrassment of cultural riches! Walk through the hustle and bustle of the modern-day local market before entering into the tranquility of this Imperial City, once the seat of the Nguyen Dynasty. The city was meticulously designed with ancient oriental philosophy in mind, and every structure aligns cosmologically with the Five Cardinal Points, the Five Elements, and the Five Colors. You’ll find hundreds of impressive monuments—temples, pagodas, palaces, tombs, an imperial library, and a majestic dragon statue—all enhanced by some pretty spectacular landscaping and a phenomenal natural setting. 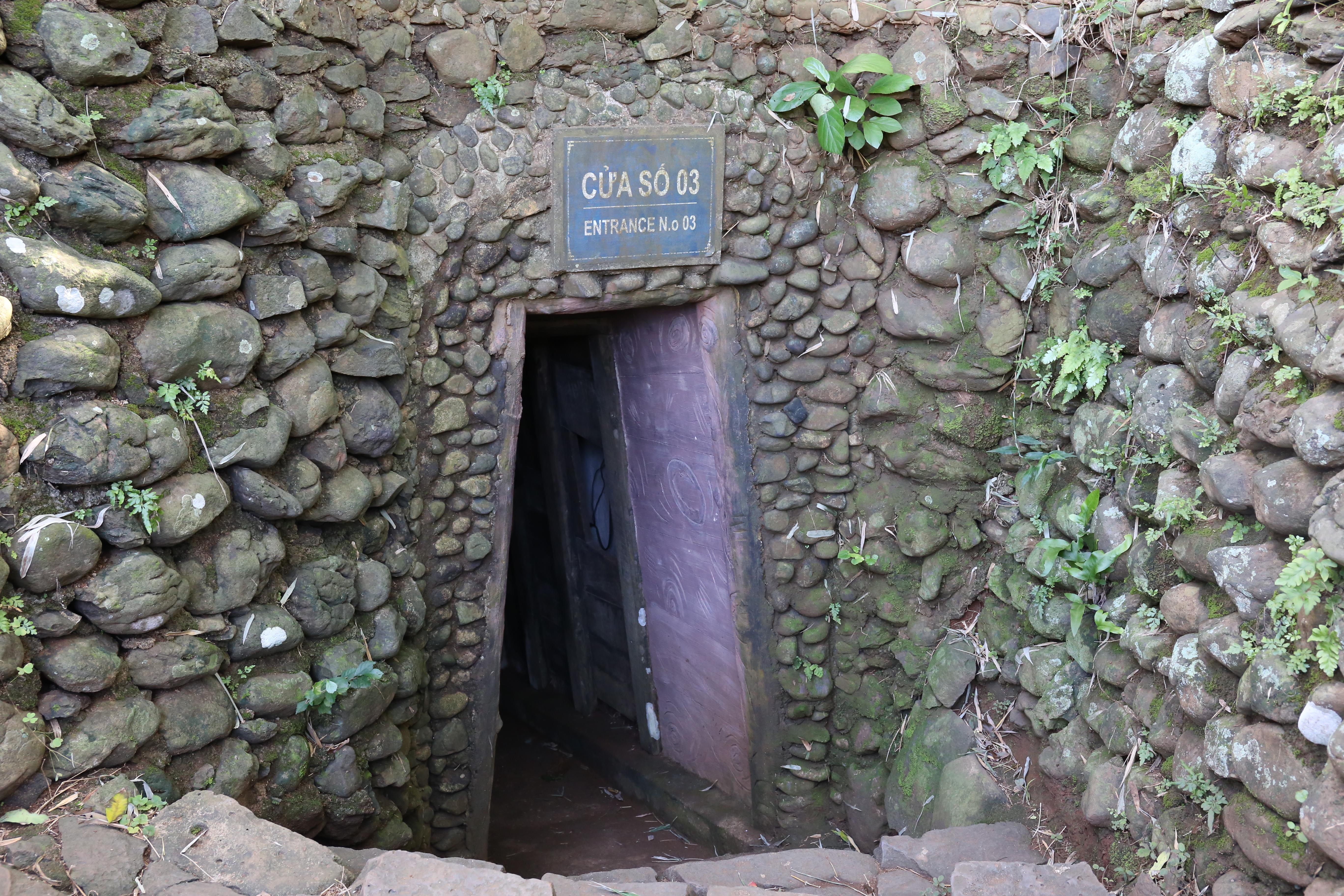 Okay so this last one is not officially a UNESCO site, but it very well could be thanks to its considerable historic significance. Located in the infamous demilitarized zone, these tunnels sheltered an entire village from near constant bombing—the U.S. believed the residents of Vinh Moc were supplying a nearby North Vietnamese base with food and ammo and attempted to force them out. Instead, the locals headed underground, carving out an intricate network of tunnels that included family quarters, a communal kitchen, washrooms, a hospital, and even an 80-person meeting hall where they screened movies. Experience what it must have been like when you explore the tunnels, now preserved as a museum.

Join us aboard our brand-new itinerary, Along the Vietnam Coast: From Ha Long Bay to Ho Chi Minh City.

Sea Turtle Conservation Up Close in ...