The Wonder of Whales

The chance to spot and observe whale species, wherever you may be headed, is one of the chief thrills of small ship expedition travel. It tops the list of the many things we miss about being at sea and we’re eagerly waiting for the day we can get back out there. To stand on deck or on the Bridge, eyes peeled searching the horizon with anticipation for a telltale spout in the distance. To sail closer as the shape and species begins to reveal itself and finally, to see these mammoth beings up close, moving beneath the skin of the sea.

Whales aren’t just majestic and mysterious. They’re also critical to their ecosystem. These giants roam all the world’s oceans helping to keep life at sea healthy by redistributing nutrients across hundreds of thousands of miles. Any encounter we have with them is exhilarating and a privilege—whether it’s watching a pod of humpbacks work together to corral fish or sitting at water-level within feet of a mother gray whale and her curious calf.

Until we can return to the wild, and to the whales, enjoy this photographic celebration of our favorite cetaceans. 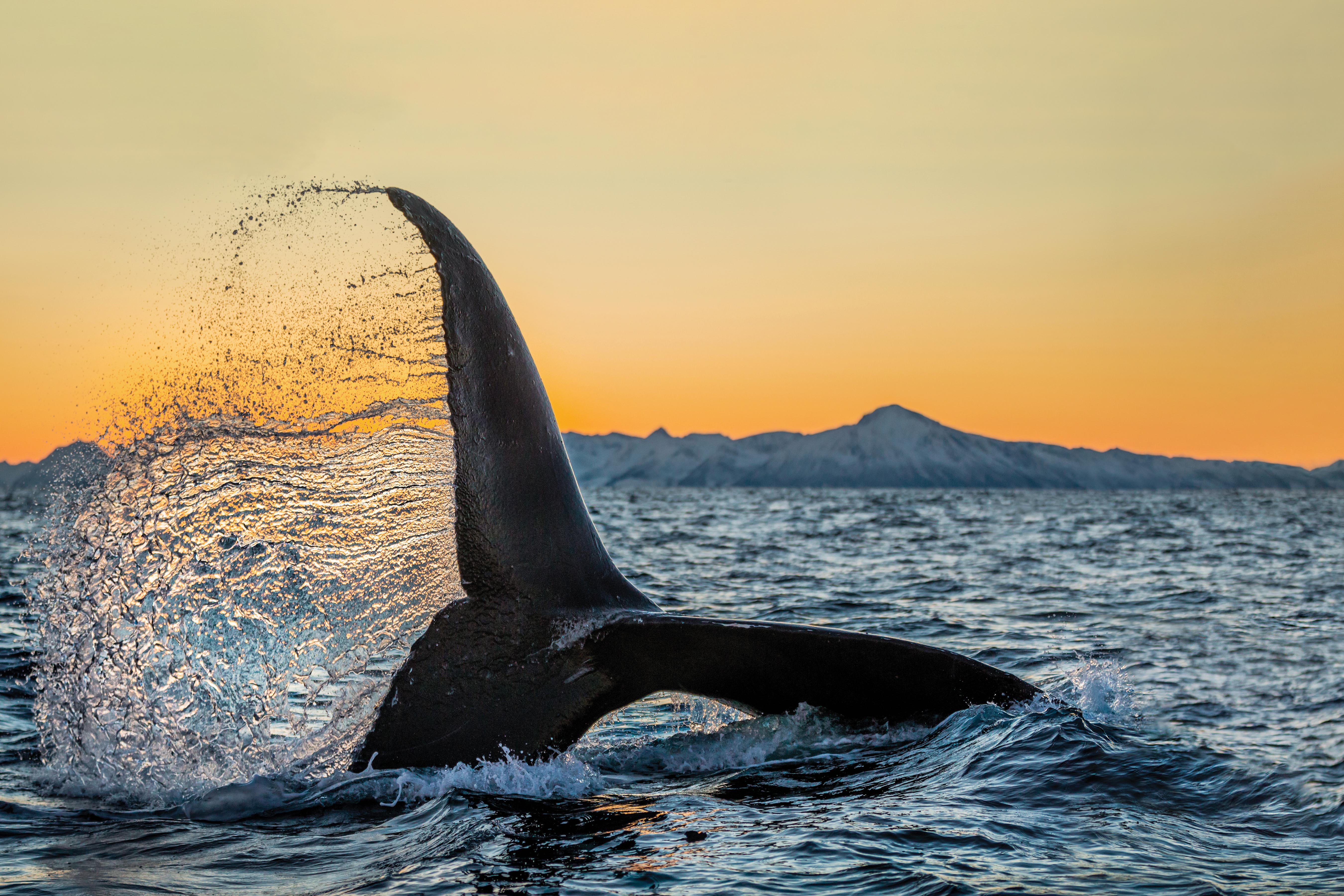 Humpback whales are a favorite sighting aboard our ships, especially when it comes to their incredible feeding strategies, like the bubble-netters we encounter in Southeast Alaska. In this striking image captured by National Geographic photographer Paul Nicklen, a humpback whale in Norway throws a sheet of water over its huge tail as it dives back into a feeding frenzy, parasitically attacking a “bait ball” of herring carefully prepared by orcas. 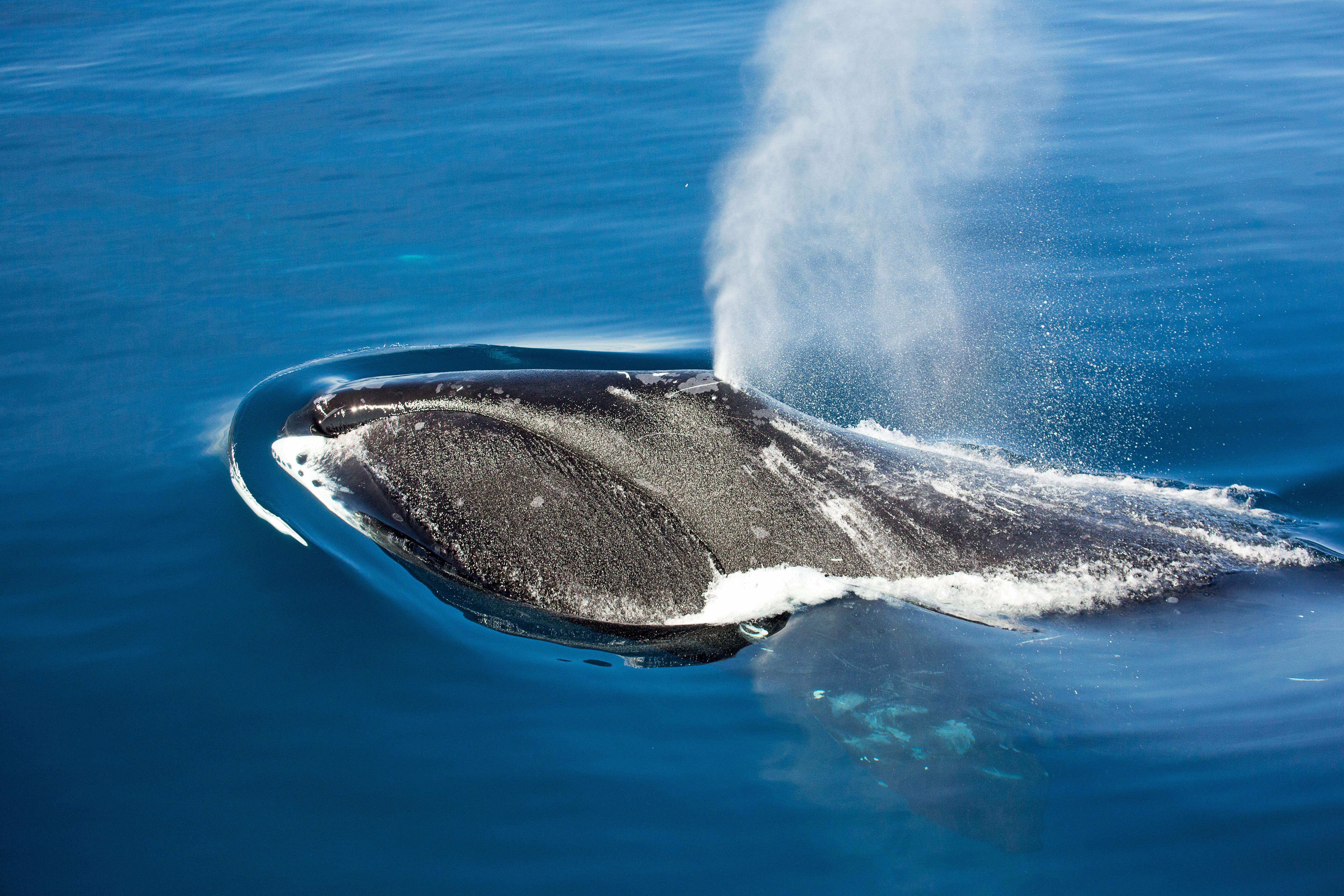 Some species of whales are among the longest-lived mammals on the planet. When it comes to bowhead whales—a type of baleen whale, photographed here in the waters off of Baffin Island, Canada—scientists estimate that they can live for more than 200 years. 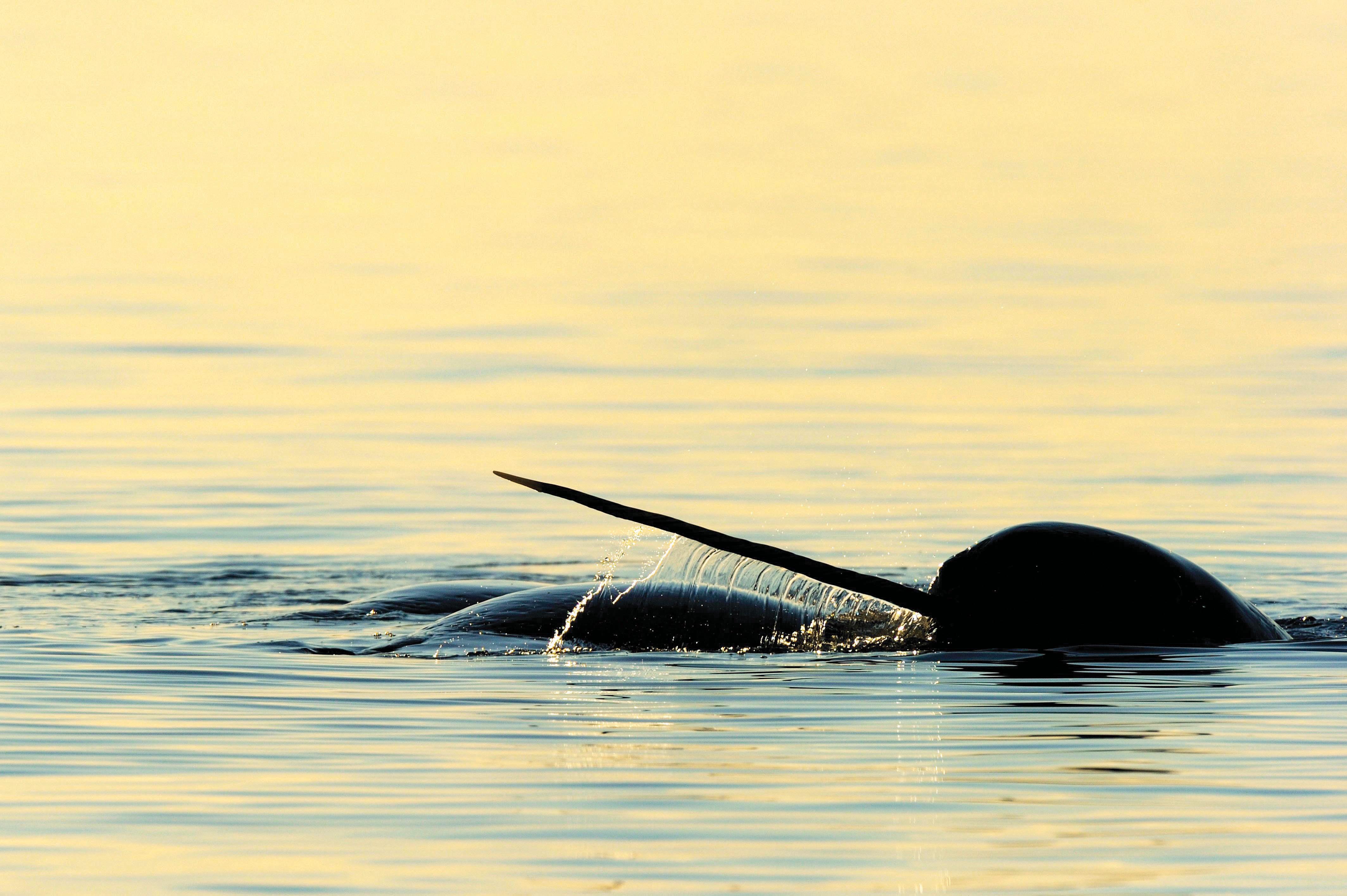 Witnessing a narwhal in the wild is a rare but truly special experience. These elusive ‘unicorns of the sea’ spend the majority of their time far offshore and far below the surface—they’re one of the deepest diving whales and they swim down to amazing depths up to 25 times a day hunting for food. 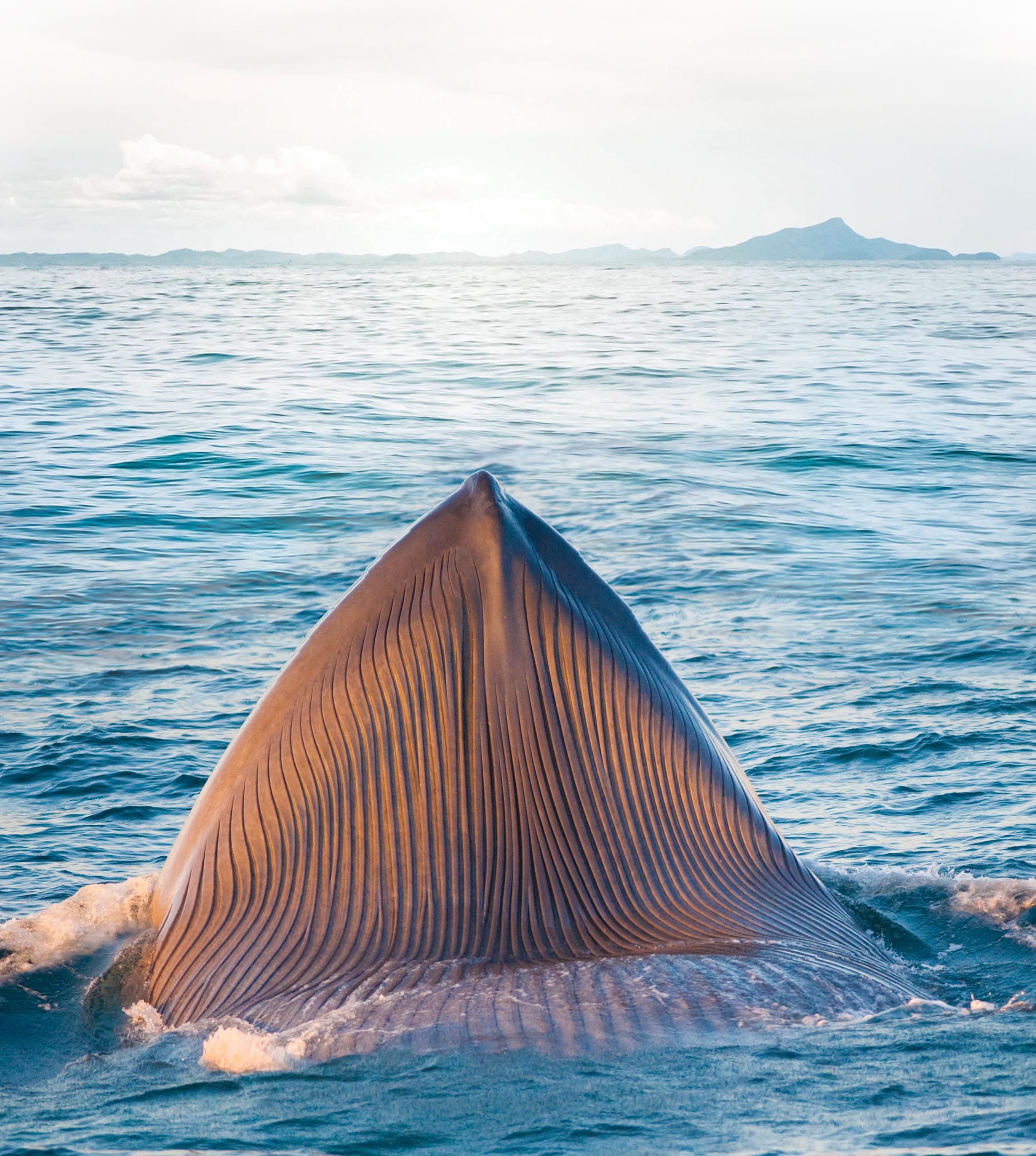 The largest animal to ever live on Earth, the blue whale can grow to more than 90 feet and weigh as much as 24 elephants. Here, one shows off its massive ventral pleats. In a welcome dose of good news, a recent study found this critically-endangered whale has returned to the subantarctic waters near South Georgia, almost 100 years after industrial whaling nearly wiped it out. The lead scientists recorded 38 sightings at the surface over just a few weeks. 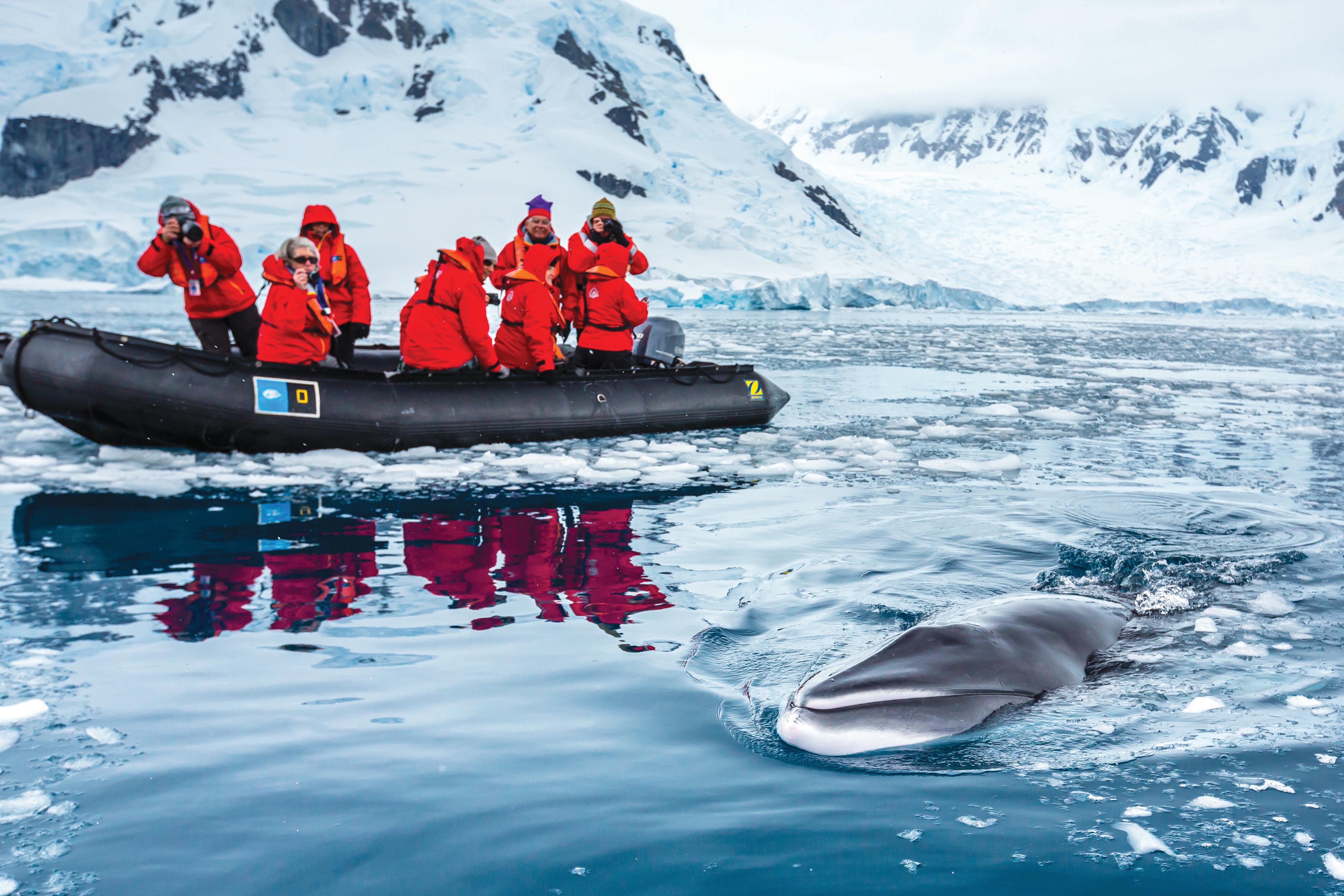 The smallest of all the ‘great whales,’ minke whales are often active at the surface. They are commonly seen breaching and frequently poking their heads above the water (a.k.a. spyhopping). Minkes are also known to be curious, sometimes approaching stationary vessels as guests on this Zodiac in Antarctica discovered firsthand. 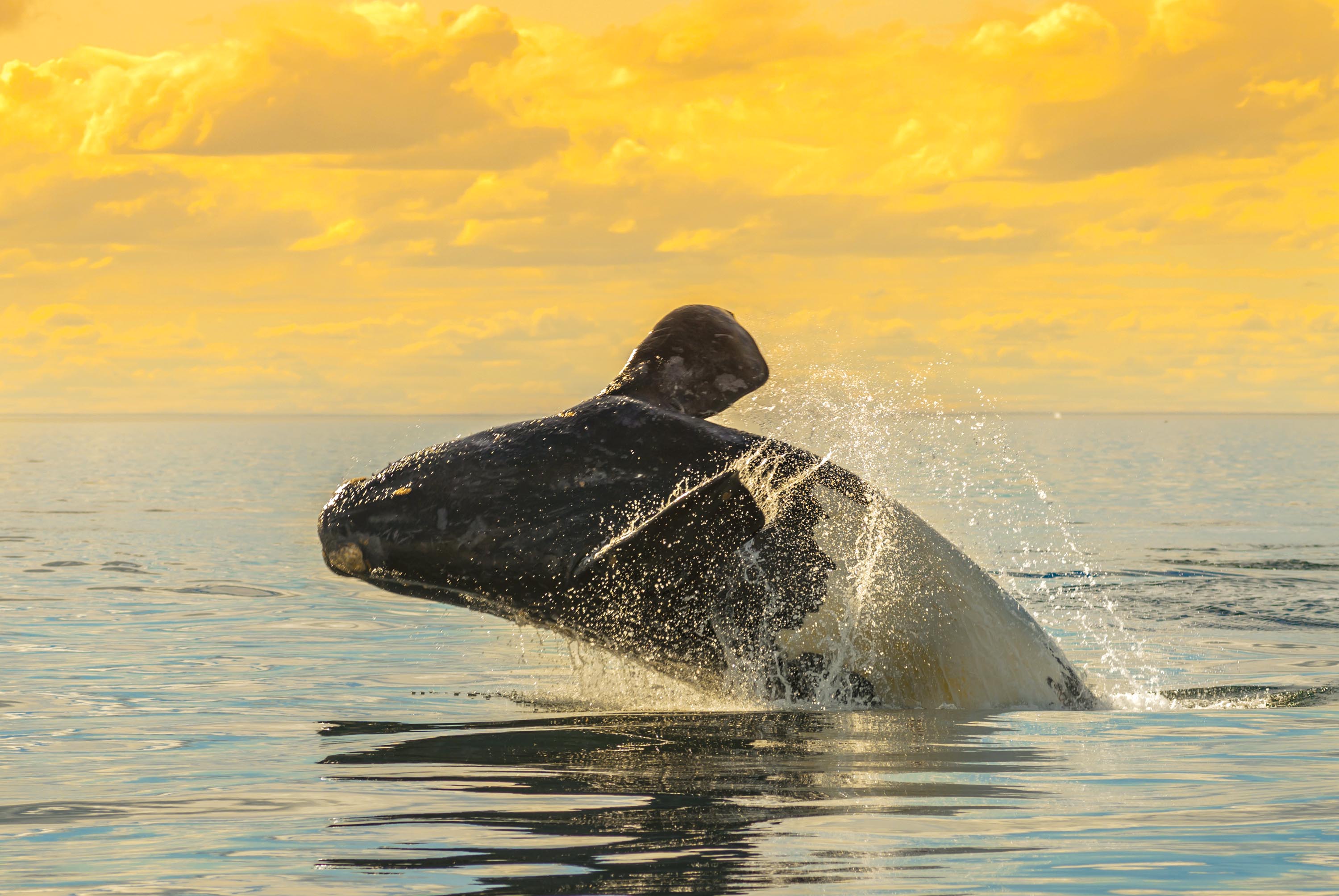 These large, calm whales earned their name for an unfortunate reason—they were the ‘right’ whales to hunt since they were slow moving and floated after being killed. Right whale populations were once vastly depleted but thanks to conservation efforts in places like Patagonia’s Peninsula Valdes, they have begun to recover. The peninsula is a breeding haven for a third of the world’s southern right whales, which visitors can see frolicking close to shore. 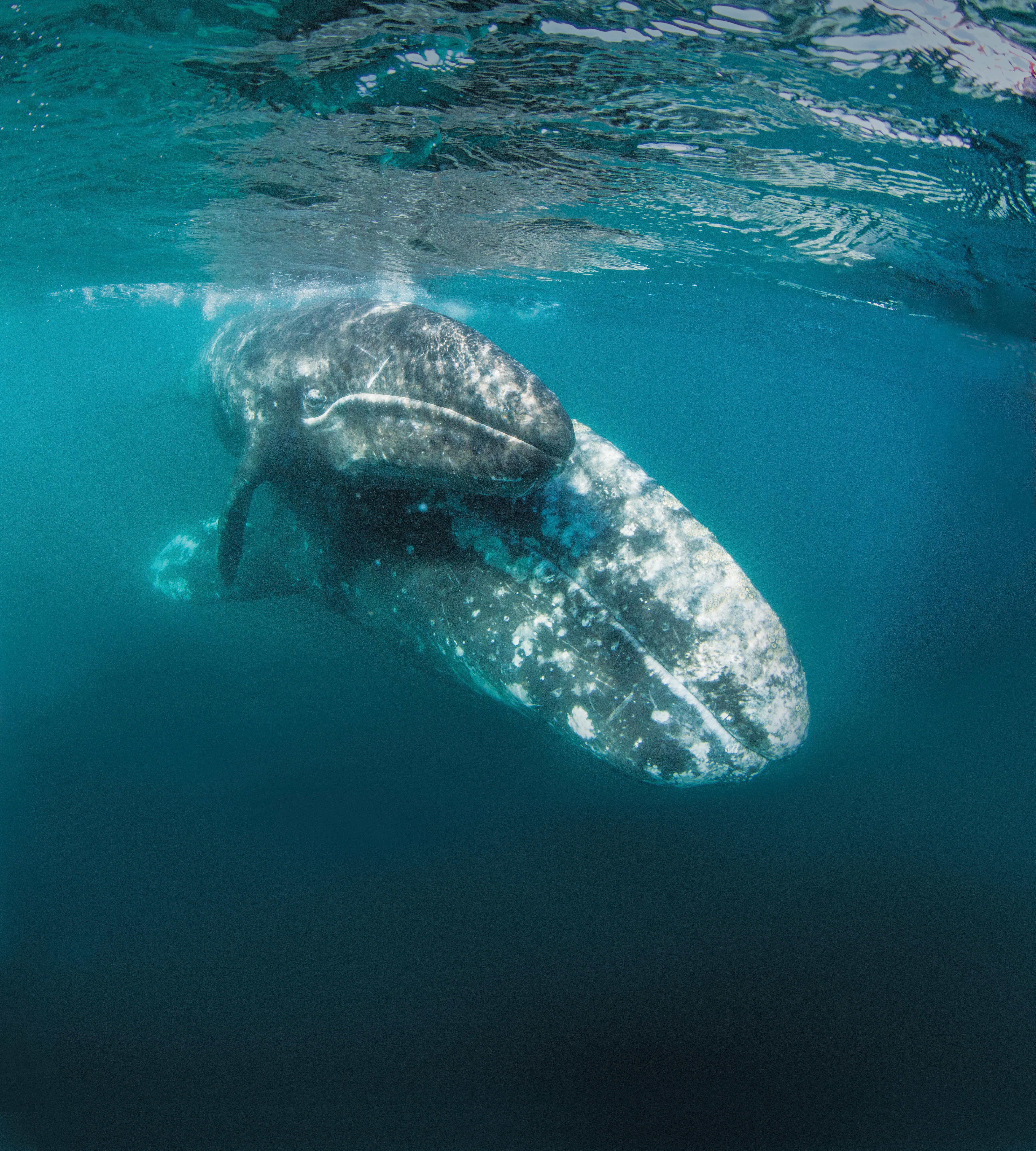 Gray whales have the longest migration of any mammal on Earth, traveling up to 12,000 miles round trip each year from their winter home in the Arctic’s icy waters to their breeding grounds in Baja. In the calm birthing lagoons, Lindblad guests get a front-row seat to witness the unique behavior that earned theses gentle giants their title as ‘friendliest whales in the world.’ 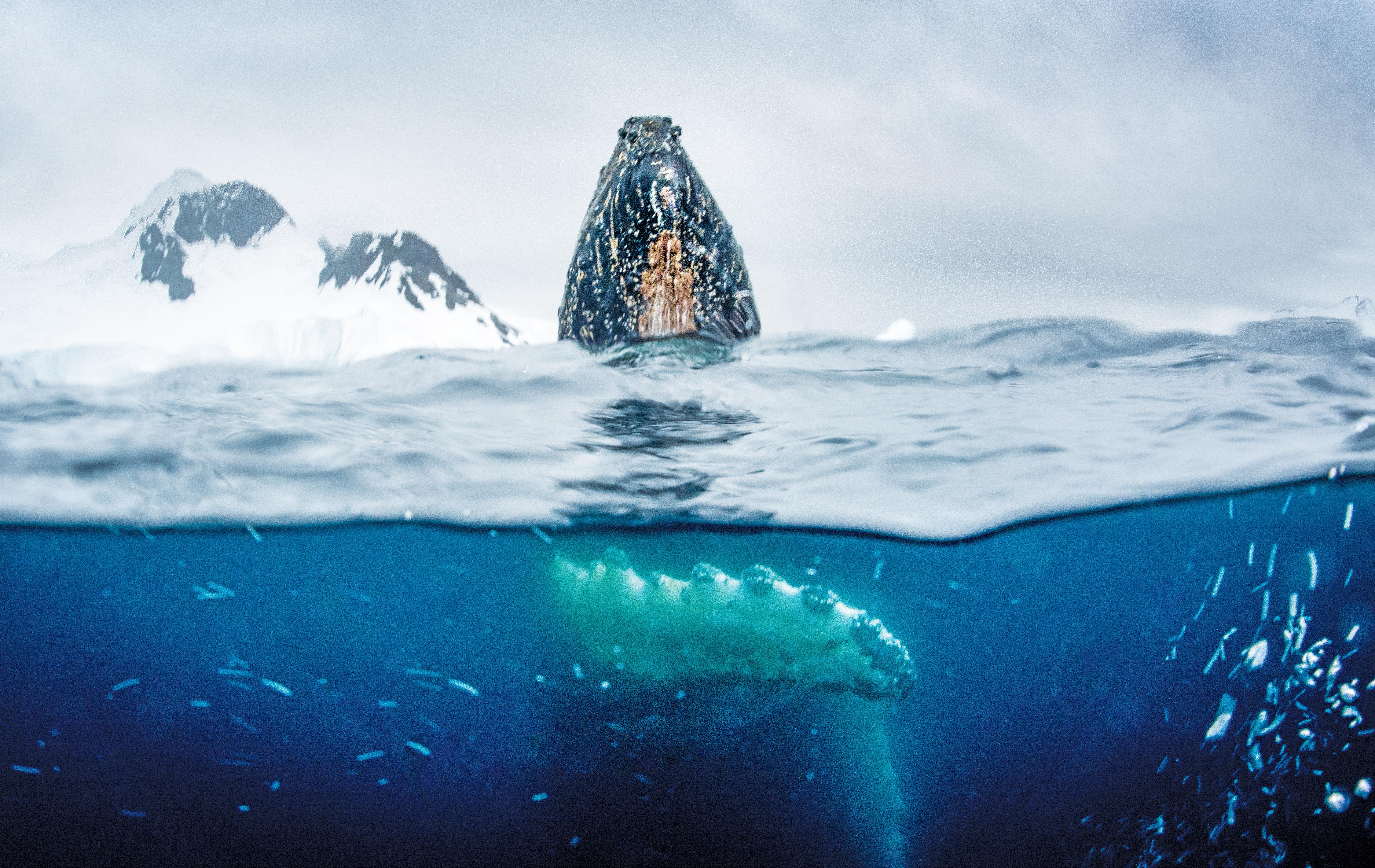 This spectacular over-under shot captures a humpback whale in the frigid waters of Antarctica where they come to feed in the austral summer months. Humpbacks aren’t the biggest whales, but their flippers certainly are. They can reach up to 16 feet long, making them the largest appendages in the world! 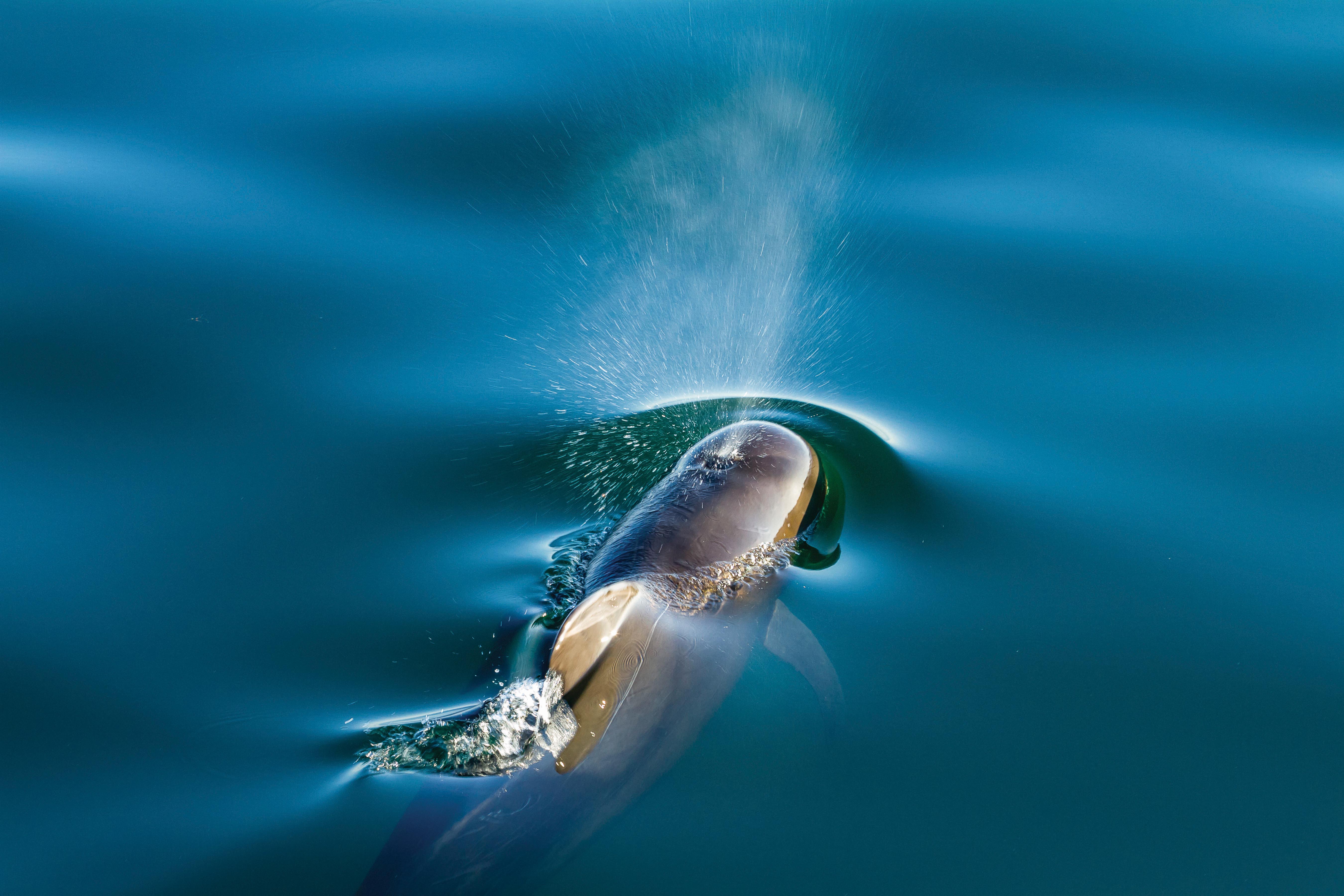 Partial to warmer tropical and temperate waters like the Sea of Cortez where this individual was spotted, short-finned pilot whales like to hang out where their favorite meal can be found. You can call these sleek, speedy whales ‘the cheetahs of the deep sea’—they’ve been spotted making 15-minute, high-speed, all-or-nothing dives up to 3,280 feet down to chase and catch large squid.

Capturing Antarctica: Top Photo Tips to Get Your ...