Culture and Tradition in the Faroe Islands

Inconceivably remote, the far-flung Faroe Islands sit in the North Atlantic Ocean, hundreds of miles from their closest neighbors, Iceland, Norway, and Scotland. First settled in the 9th century by Vikings, the Faroe’s 18 volcanic islands were visited throughout history by many intrepid explorers—each leaving their mark on the traditions of the archipelago. In between settlements, the inhabitants of these isolated isles carved out a way of life, and an incredibly unique culture took shape over centuries. We’ve created uncommon encounters and experiences that connect you to the intriguing facets of Faroese culture in an authentic way. And as you explore, you’ll discover these islands are far more than their wild, inspiring scenery. 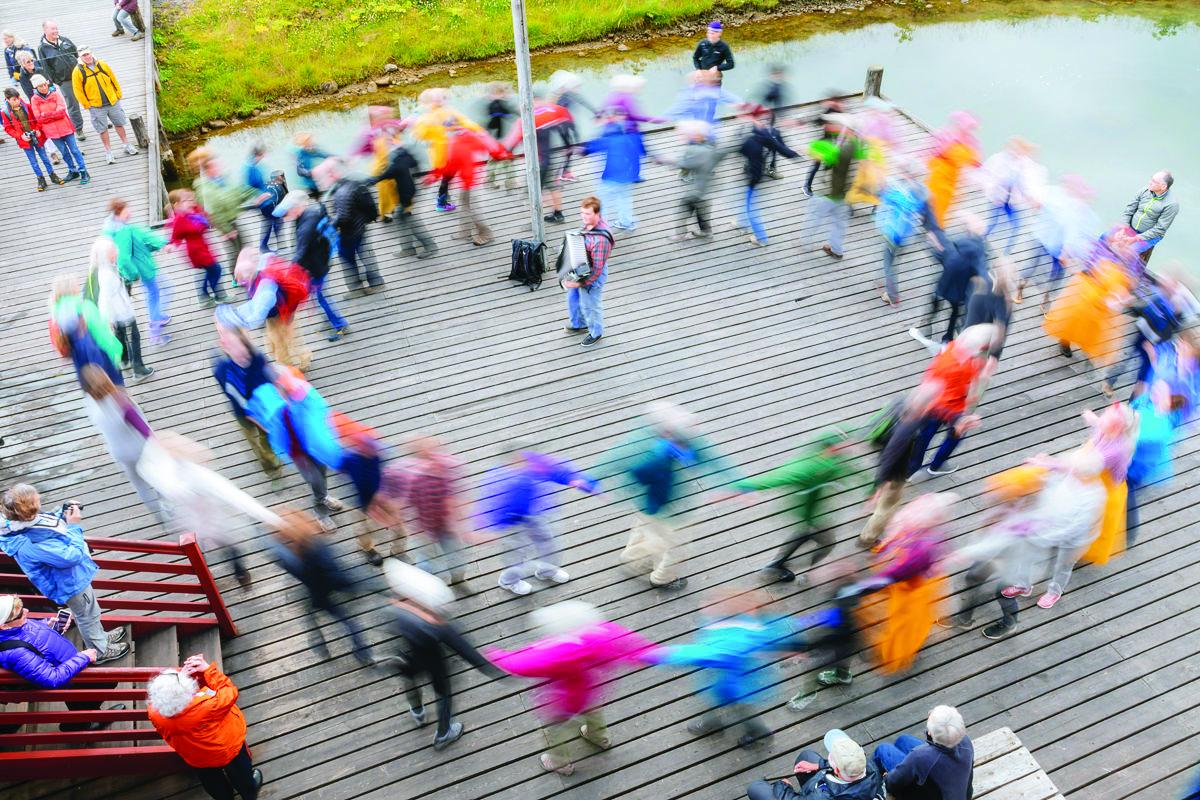 DANCE & MUSIC: Observe traditional Faroese chain dancing—originally a medieval ring dance, the animated and theatrical performance blends movement, rhythm, storytelling, and song. Participants hold hands to form a circle and move—two steps to the left; one step back—in time with the singing or chanting of the leader, as the greater group joins in for the chorus. This style of dance symbolizes the coming together of people from all walks of life, while the song itself recalls fascinating local legend and lore.

LANGUAGE: Though all distinct and different, languages throughout the North Atlantic region all stem from the same root: Old Norse. But the Faroese language in particular reads like a history of the people who explored these far-flung islands centuries ago. As settlements cropped up over time, the local lexicon was sprinkled with bits of English, Irish, and others to form a unique dialect. There’s evidence that Faroese began to develop into its own independent language around 1400, but only in 1948 was it finally named the official language of the archipelago, and no longer passed over for Danish. It’s estimated that fewer than 80,000 people on Earth can speak the language of the Faroe Islands. As you encounter fascinating locals here, notice the nuances, imported from different regions, in the language today.

KNITTING: Traditional Faroese knitting is some of the best in the world, and through most of history, the distinctive patterns were handed down through generations by word of mouth. Today, knitting circles often turn to Føroysk Bindingarmynstur, the ultimate Faroese pattern book—and a cultural treasure. Containing 143 designs compiled from across the archipelago in the 1920s and 30s, the book features a range, from simple designs for underclothes to intricate, lace-like shawls. Discover the stories behind these designs and the Faroese sheep, whose lanolin-rich wool ensures practically waterproof sweaters. Experience the beautiful Faroese knitting culture firsthand when you shop for handmade sweaters, and for those experienced knitters, there may even be opportunities to dive into a lesson with a local.

FOOD: Today, these islands may be a hotspot for global foodies—thanks to inventive Faroese cuisine—but the original inhabitants ate whatever could be found or foraged right outside their doors. The current renowned food scene stars dishes, flavors, and prep styles that have existed for centuries and now appeal to modern, if adventurous, palettes. Ræst, which means fermented in Faroese, is a traditional process for preparing meat, particularly mutton. Ready yourself to sample delicacies like wild herbs fresh from the fields, enormous mussels, and meat that’s aged and naturally salted by brisk ocean breezes.