Corcovado National Park, situated on the Osa Peninsula in the southwest corner of Costa Rica, is not an easy place to travel to. But its remote location bordering the Pacific Ocean has enabled this nature preserve to maintain its reputation as one of the most interesting and abundant ecological destinations around.

The park covers just over 105,000 acres—a minuscule fraction of the world’s landmass—but it boasts 2.5 percent of the globe’s biodiversity! This means that a hike through its lush tropical rainforest will almost certainly bring visitors up close and personal with a thriving array of animal and plant varieties that would be hard to find in any other one place.

The creatures in residence span land, sea, and air and include over 350 species of birds, more than 100 species of butterflies, over 40 species of frogs, over 100 species of mammals, and several species of wildcats including pumas and jaguars. Sightings of the rare anteater have also been documented, as have those of one of the area’s most famous reptiles, the “Jesus lizard,” which is known for escaping predators by walking on water. There are four species of monkeys adding their voices to the chorus of wildlife—the howler, spider, squirrel, and white-faced capuchin—and the peninsula is host to one of the largest populations of Scarlet macaws in Central America.

Part of this astonishing diversity comes from Corcovado’s unique history and location. Over two million years ago, the land that makes up the Osa Peninsula was an island that merged with the neighboring continent. Costa Rica was already rich in wildlife, but the area that would later encompass the park became particularly hospitable given that it developed 13 different major ecosystems ranging from mangrove and freshwater swamps to lowland rainforest and a cloud forest.

In 1975, conservationists led the movement to create Corcovado National Park in an attempt to protect this unique land and its wild residents from gold prospecting. These preservation efforts continue to this day, and the area is home to several exotic animals either endangered or on the brink of endangerment, including Baird’s tapirs, jaguars, the harpy eagle, and the giant anteater. 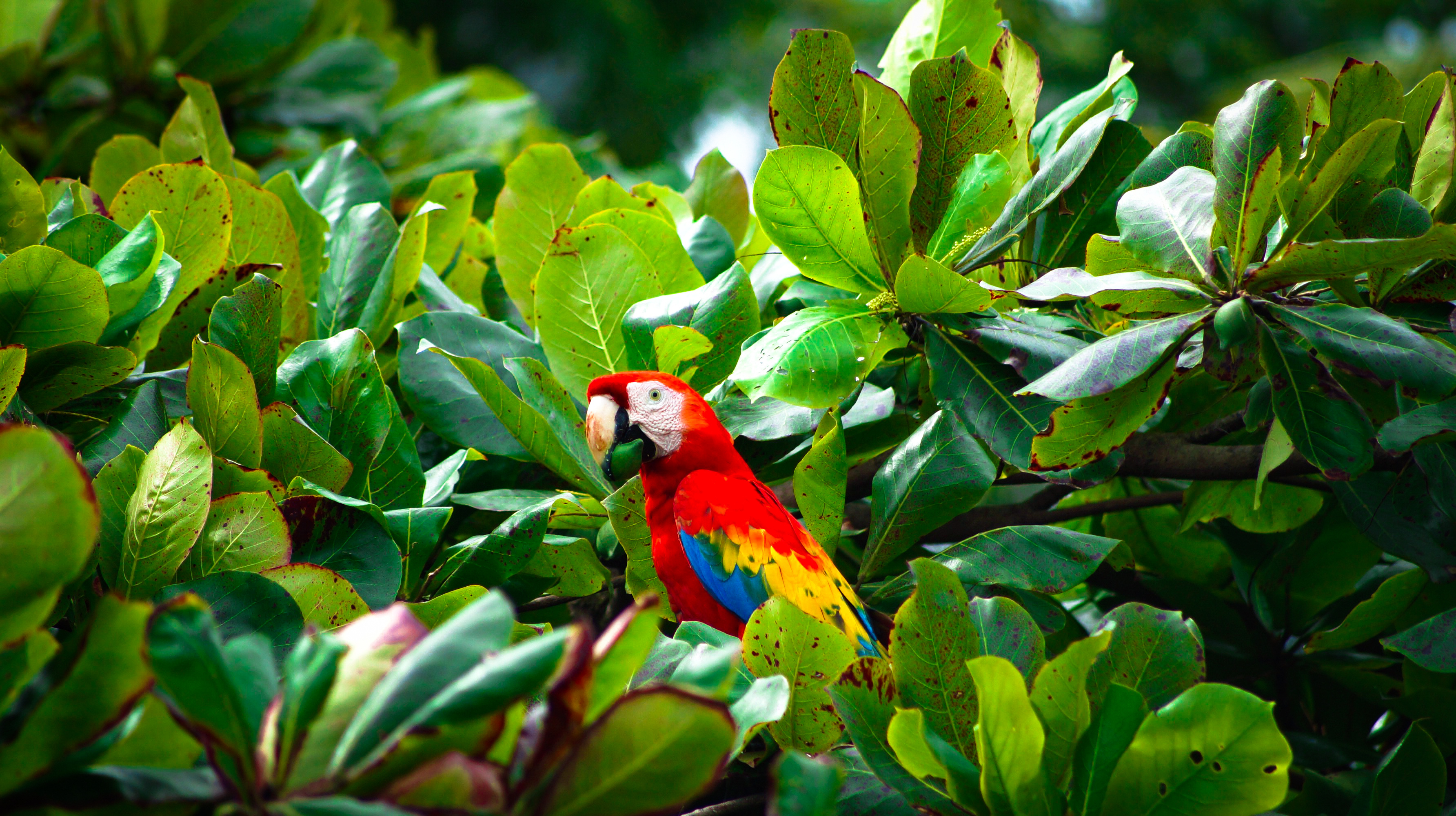 As Trond Larsen, an ecologist who has extensively studied the area wrote in his book Osa: Where the Rainforest Meets the Sea, “In a remote and lush corner of southern Costa Rica lies a realm of giant trees, potbellied spider monkeys, harpy eagles, prowling jaguars and herds of white-lipped peccary. This is the Osa Peninsula and there is no place in the world like it.”

While soaking up everything nature has to offer is the primary reason to visit Corcovado National Park, there are multiple ways to enjoy a day spent spying on life in the wild. Deserted beaches border the Pacific and double as nesting grounds for sea turtles; the coast is ideal for a tranquil horseback ride while keeping an eye out for spinner dolphins and bull sharks; and hiking trails lead visitors deeper into the rainforest, with a highly recommended stop for a dip in a waterfall pool that fulfills any tropical fantasy and banishes tropical humidity.

And tropical humidity is a small price to pay for the unparalleled experience of spending time in the largest remaining tract of lowland rain forest on the Pacific Coast of Central America. And if visitors are really lucky, they may just come away from their latest eco-adventure with an extra reason for bragging rights: having spotted the King of Corcovado, the elusive jaguar, in its natural habitat.

Effortlessly getting to Corcovado National Park and the Osa Peninsula, as well as experiencing the Canal, are why it makes sense to explore by ship. Get the details on our Costa Rica & Panama itinerary.

Celebrating Our Oceans: Fun Facts About ...