As a teen in Sydney, Australia, Maya learned to dive together with her marine biologist dad—and the fascinating world she discovered under the water inspired her to pursue a marine biology degree of her own. Now, this 2016 Australasian Rolex Scholar combines her passions for diving, science, and communication as an undersea specialist for Lindblad. Read on to see how she’s making a splash on board our ships!

You had a whirlwind year as a Rolex Scholar. What were some of your standout moments?

I think I went to 14 different countries, took 73 flights and was living on ships for 73 days during that year. Some of the incredible opportunities I had were assisting on a film shoot with cuttlefish for Blue Planet II in South Australia, spending a month in the Bahamas at a research station world-renowned for studying sharks, and learning to free dive in Bali with the Australian champion free diver. But one of the most meaningful experiences was helping Manta Trust, a UK-based charity, create a 360-degree virtual reality film about mobula rays in the Azores. Manta and mobula rays are fished at quite shocking numbers to use their gill plates in a purported health tonic in Asia. The film was screened at the Convention on International Trade in Endangered Species and ultimately led the voting body to grant protection to all nine devil ray species.

What lessons did you take away from that experience?

It may sound like a common sense one but for me it was learning that when it comes to conservation there’s no one silver bullet solution. There’s so many different pieces to the puzzle and every piece plays a different role on a different level. And having that exposure helped me figure out how I could best apply myself to making a difference. It also introduced me to Lindblad, which supports the Rolex program. I’ve realized how important the expedition and dive industry is in making a difference. It’s really special that we can teach travelers about the things they are seeing and make it a more meaningful experience.

Tell us what it’s like getting into all that gear for polar diving?

Diving in polar waters is definitely an extreme sport! We’ll generally be underwater for only about 45 minutes, but it can take an hour and a half from the time you put on your first layer to the time you finally roll into the water. I personally wear:

And then of course we add our dive gear—mask, tank, fins—and since we’re wearing so many layers we also have to wear an extra 30 pounds of weight, aside from the tank, to neutralize our buoyancy and help us get down.

Have you ever had a nerve-wracking moment underwater?

Yes! This past December in Antarctica I was having a spectacular dive in Port Lockroy. I was down about 85 feet and saw some gentoo penguins flying overhead, but I didn’t put two and two together until a few seconds later when a leopard seal showed up. Seeing a leopard seal is an intense experience—it’s considered a dangerous animal and could definitely do damage if it wants. This was my first ever encounter with one so I had no idea what it was there for or how much interest it would show. It came over to my dive buddy Ashley and then it swam over to me and did one very close pass, within a couple feet of me, and then it just swam away. It was a very heart-pumping moment but getting to see a leopard seal in the water where they’re designed to be an apex predator was quite cool. 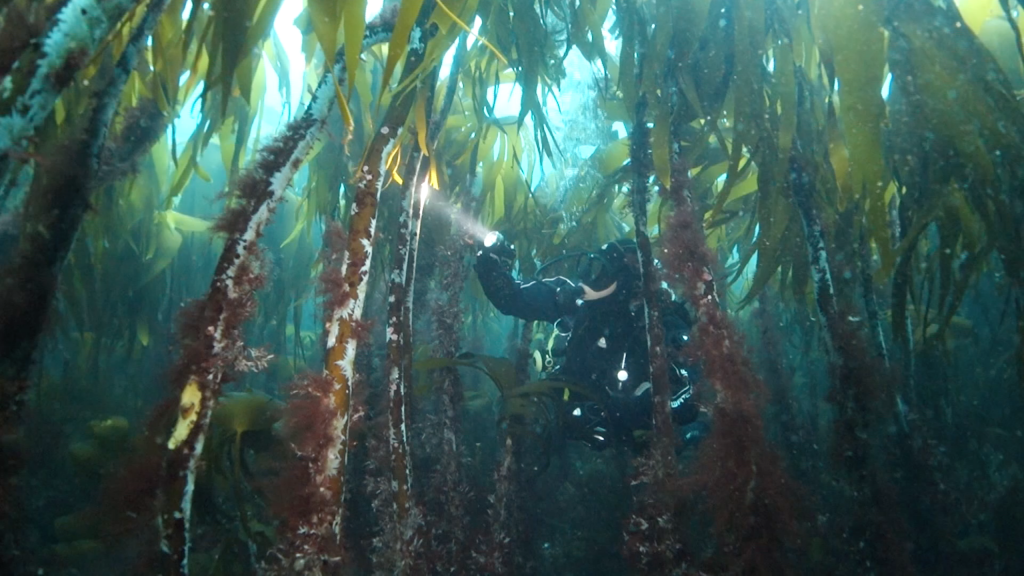 Navigating a kelp forest in the Arctic.

What do you love most about diving for Lindblad?

It has got to be one of the coolest dive jobs you could ever do. I think the really special thing about the diving program is that it really gives that big picture appreciation of the entire ecosystem of the places we’re visiting. It’s the only operation I’ve ever experienced that actively prioritizes educating people about what we’re getting to see and it’s why I wanted to come back and work for Lindblad. Nothing makes me happier than when I hear from guests how much the undersea component added to their voyage.

Favorite film about the ocean?

I always recommend Chasing Ice, which documents the changes in glaciers in the northern hemisphere, and Chasing Coral, which focuses on the changes in coral bleaching in tropical regions. Both are really interesting, educational, and entertaining films that tell the story of those things that are otherwise out of sight, out of mind. 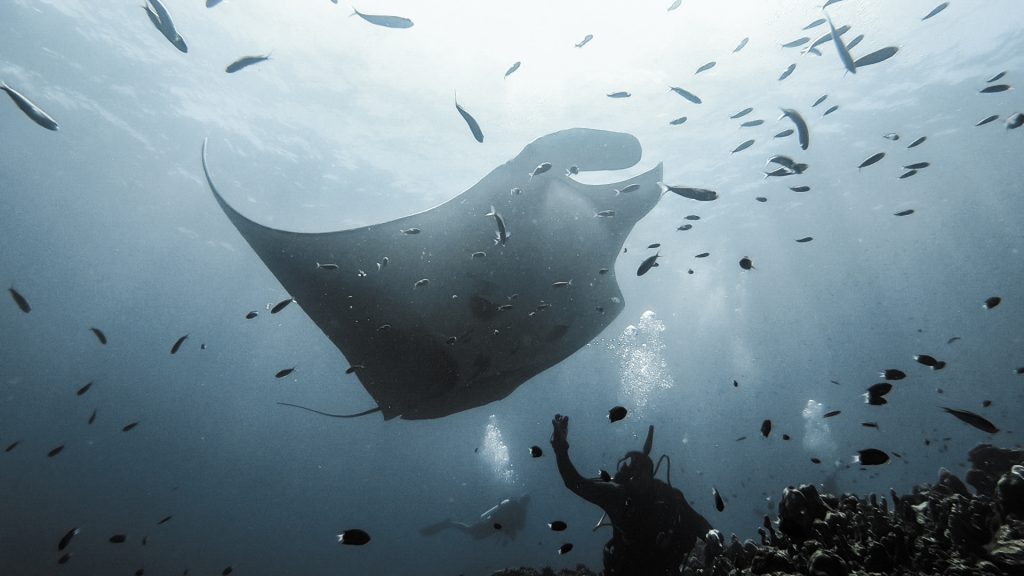 Identifying rays in the Marquesas.

Any particular diving you’re looking forward to this year?

I’m very excited to get back to the South Pacific. The Marquesas is a hot spot for manta rays—it’s one of few places in the world where you can see both the reef and the oceanic species—and when I was there last summer I helped identify 23 individual mantas by the unique spot patterns on their belly. I shared photos I took with researchers in the region and found out 20 of those were new to science. I’m looking forward to seeing some of them again and hopefully doing more research with tagging and tissue sampling.

Find out when and where you can travel with Maya here. And learn more about our unique undersea program here.