At Sea off the South Coast of Brazil 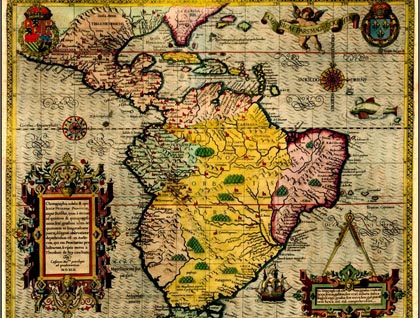 Brazil is definitely a country facing the sea. It is also one of the most spectacularly beautiful coastlines on the planet. From the recesses of the Amazon region to the dumbfounding straight lines of the south, through the paradisiacal vertigo in the Northeast and the lush sea-mountain combination of the Southeast, Brazil has it all.

As the National Geographic Explorer cruises to the south coast of Brazil, we wonder about the Brazilian beaches that came into existence between 90 and 130 million years ago when tectonic process of colossal proportions separated the mega continent Gondwana, thus creating the coasts of Africa and South America. This movement gave origin to the Atlantic Ocean and it is still at work to this day, drifting three centimeter a year. In the beginning, a great deal of the Brazilian coast was pre-designed with the disposition of a mountain chain of volcanic origin aligned north/south wise, forming this way the element know today as Serra do Mar. This granite formation is very important for the coast design that goes from Santa Catarina to Salvador, in the state of Bahia.

At the southernmost part of the country, in the northeast and in the north, there is a process of arenization that marks a great deal of the landscape of the Brazilian coast. In the shores of these regions, the sand is transported mostly by the wind. The sand deposition along the centuries resulted in the creation of several transition coastal environments.

For all this, the Brazilian coast is so unique and diverse. The coast is approximately 7,400 km long and it is divided in four great units: North (or the Amazon), the Northeast Coast, the Southeast coast, and the South Coast. The Brazilian beaches, just like the others, were the locus for a process that resulted in the occupation of the coast and the making of the identity of the Brazilian people. Nowadays, the demographic density in the coast is 87 per square km. This population concentration gave origin to metropolis and average size cities. There is also the removal of the natural vegetation, the extinction of fauna, disorganized urbanization and industrial sewages, waste disposal problems, draining of humid areas, the occupation of dunes, and projects of aquaculture. To them, we can add the impact of agricultural sediments brought by the rivers, the spilling of oil and toxic products in the sea and marine dynamics alterations. These events affected the original characteristics of many beaches, polluted the waters, hid the primitive natural beauty, and destroyed the means of survival of original populations.

Fortunately, many natural aspects still survive in shores forgotten by modernity. Places that have been little altered, where we can rest our bodies and coexist in a simpler way of living. Places where it is still possible to read clearly the records of the great book of nature, and learn about the true natural history of the Brazilian coast.

Cristiana was born and raised in Brazil.  Being surrounded by natural beauty and diverse culture instilled her desire for exploration at a young age.  Her passion for wilderness, different cultures and inhospitable regions led her to pursue a career in ecology, oceanography and, ultimately, the pursuit of a Ph.D. in environmental sciences and coral reef ecology in Australia.  Her travels have taken her to the Amazon and Borneo jungles, the higher mountains of Southeast Asia, the Great Barrier Reef and Far Northern Reefs, Papua New Guinea villages, volcanoes in Guatemala and the deep seas in many remote islands around the globe.