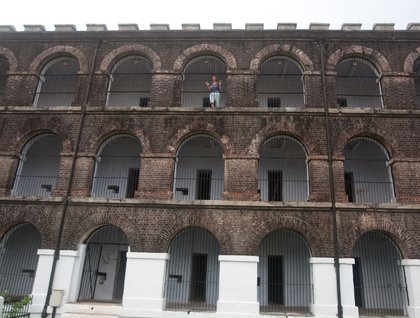 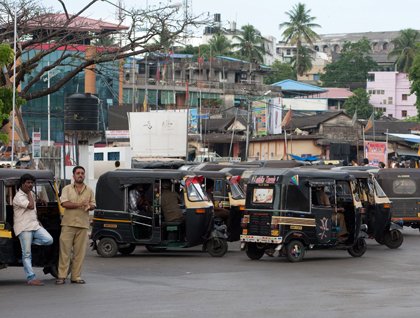 Except for the keen birders, all the guests aboard National Geographic Orion ended up in jail today.

Before their families rush to disown them, or make other rash decisions, let me add this was part of the tour that visited the Cellular Jails in Port Blair, in the Andaman. This island was used by Great Britain as a penal colony for the Indian Freedom Fighters that are now celebrated as martyrs in the fight for independence. Isn’t it funny how yesteryears villains become recognized as great people after the fact?

To add to the good news about the guests onboard National Geographic Orion, no-one was executed at the gallows.

After deep reflections about the meaning of freedom, state, nation and the right to self-determination, we had great exchanges with the local visitors of the jails that wanted to take pictures of the unusual visitors to their part of the world.

We then went to the market to experience what local shopping could be like in the lives of the ordinary inhabitants of Port Blair, and that certainly gave us a multicolored experience. We experienced the now-familiar sightings of the tuk-tuks zipping past us, honking to warn of their very versatile road use, following rules that are not totally obvious – a bit chaotic to those not used to the scene.

Shortly after our return on board National Geographic Orion, the birding tour came back and regaled us with views of endemic bird species.

As the laden skies darkened the horizon with menacing clouds, rolling thunder, and thunderbolts in the distance, the National Geographic Orion made its way out of the Port Blair harbour, to spend the night at anchorage just off the North Cinque Island.

Daniel grew up in the French Alps, far away from the sea that he only discovered late in his teenage years. The instant love and interest for this new world drove him to become a scuba-diving instructor, to study marine biology and to take part in various scientific studies as an amateur, in parallel with his full time occupation.