Come for the wildlife, be amazed by the ice

This is true polar exploration—whether it’s attempting to penetrate the massive ice of east Greenland to reach Northeast Greenland National Park, marveling at the big ice of West Greenland, or cruising among the towering icebergs of UNESCO World Heritage-designated Ilulissat Icefjord. Each year in this incredibly remote region, our guests enjoy simply spectacular wildlife sightings, and cultural rewards as well.

And as the New York Times stated in a 2020 article listing Greenland as #4 among the Top 52 Places To Go In the World in 2020 (make that 2021 now, given the pandemic): “With that mile-thick ice sheet melting fast, and two new international airports slated to open in 2023, the time to explore an untrammeled, intact Greenland is now.”

We venture high, deep, and far into both East and West Greenland lured by the chance to see mythic species: muskox, beluga whales, polar bears, killer whales, even the possibility of the elusive narwhal. And to log the exhilarating sightings of other iconic creatures—walrus, humpbacks, bearded and ringed seals—that our keen-eyed spotters reliably deliver each year.

Our Ships in Greenland

You can thank Inuit hunters for kayaking. The "qajaq" or hunting boat is the predecessor to the modern kayak. Check out this video of qajaq rolling demonstration we experience in Greenland.

I was fortunately able to share this experience with my wife, son (age 10) and daughter (age 13). It was one of those moments that will stick in our minds forever. My son’s love for photography started on this voyage, and my daughter wrote a beautiful essay about this trip that won an award at school.

Today we headed for the famous Dynjandi Waterfall, located deep in the Westfjords of Northwest Iceland. The day started with overcast skies and flat and calm seas. On the way into the fjord, we encountered lots of feeding seabirds, including northern fulmars, northern gannets, auks, and sooty shearwaters. We observed up to ten humpback whales scattered around the fjord. Some of them entertained us with fantastic views in a mercury-like sea. After spending some time watching the whales, we headed for the waterfalls. Some of us took the three-mile hike to the falls, while the more sensible ones were dropped off at the foot of the falls.   We spent a very enjoyable afternoon enjoying the sights and sounds of Dynjandi Waterfall and soaking up the richly coloured landscape, which looked like Mother Nature’s finest Persian carpet.

Just in time to watch the captain expertly navigate through the narrow pass into the harbor, the ship awoke at the mouth of Heimaey, the largest island in the Vestmannaeyjar. The harbor was full of pufflings fresh from two months down a burrow. The birds were finally making it out to sea, where they will stay until they are ready to breed.   Although visibility came and went, spirits were high on the scenic tour and the volcano hike, both of which culminated at the informative museum. After lunch, we explored islands of gannets before circumnavigating the newest of the islands, Surtsey.

Today we continued our exploration of the wonderful country of Iceland. The morning began with a chance for guests to take a short Zodiac shuttle to Flatey Island. We walked along the narrow paths on this charming little island just off the mainland of Iceland. In the afternoon, we relocated to Grundarfjordur, where the options were to take a shuttle to Kirkjufell Waterfall or a longer bus ride around Hellsin.

As the sun rose this morning, so, too, did the cliffs of Northwest Iceland come into our view as we sailed south from Greenland. Our morning was spent at sea as we made our way towards our afternoon destination of Isafjorđur in the west fjords of Iceland. Gannets, fulmars, and gulls formed a notably increased escort, having gathered around us overnight on the Denmark Strait.   Our wildlife encounters did not stop at birds. As we made our way into the fjord, a line of whale blows immediately became apparent in the distance, caught by the morning light. As we approached, it became clear that we had twenty to thirty humpback whales around us. They happily fed nearby, periodically lifting their tails in the air as they descended into deeper dives. With time to spare following a swift transit overnight, we remained in this area to observe and enjoy the frenzy of activity.   We came alongside Isafjorđur over lunch, which meant we were ready to go as soon as everyone was done eating. In the afternoon, guests chose from a number of options. Some guests opted to hike around Valagil, stretching their legs and taking in the waterfall-clad walls of the valley’s basin. Others took to the coast by bicycle. Roads that follow the shore between towns were heavily damaged by the sea’s erosion, as well as falling rocks. While this makes for a dangerous drive in a car, it is perfect for mountain bikes. Other guests explored the nearby fjords by coach, while another group remained in town for a walking tour that ended at the local brewery.   Once back on board, we were treated to something very special–a dinner consisting of food from the Philippines. The night was not to end there. Once everyone was full of food, we were invited to the lounge to continue this bacchanalian revelry with performances by members of the ship’s crew, showcasing the incredible talents of those who keep National Geographic Endurance running. After the day we had, there is no doubt that everyone slept well when they finally made it to bed, readying themselves once more for another great day.

This morning, we woke up in a foggy Romer Fjord. It was a typical fall morning for Eastern Greenland; however, we have been very lucky with sunny and calm weather on almost all our previous days, which is quite unusual for this time of the year. A gloomy vertical cliff exposing layer after layer of flood basalts was on one side of the fjord, and the top of this cliff was hidden in the low clouds. Another side of the fjord was covered with piles of rocks left by an Ice Age glacier. One small hill on that side of the fjord was quite distinctive in color, greener and greyer than the rest of the landscape, which was predominantly brown. As we learned later, a thermal hot spring was running from the top of that hill. A little distance below the top, the spring water accumulated in a pool. Three activities were offered in the morning, including a long hike, a free, ambient walk within a large perimeter, and for the most adventurous guests, bathing in the thermal pool.   Today was the coldest so far during our expedition. Some snowflakes were flying almost horizontally, carried by a strong wind from the west. Towards the end of the morning activities, a polar bear was spotted along the shoreline across the bay. Lunch was delayed, and a Zodiac cruise was available for guests to see the polar bear. Nine Zodiacs were put on the water, and we slowly approached the polar bear. The polar bear was eating something along the shore, probably a dead bird, and didn’t pay much attention to the quiet Zodiac fleet. The thin male bear had clearly fasted for a long time. Luckily, a number of harbor seals were present, and a thin layer of fast ice was already forming in the end of the fjord after a few cold nights. This means that the bear will have a good chance for a successful hunt very soon. After everyone was back onboard, the ship started making her way towards Iceland across the Danish Strait.   Two presentations were carried out during the afternoon. Naturalist Jamie Coleman spoke about polar bears, and Global Perspectives guest speaker Kathy Sullivan discussed the future of space exploration.   After dinner, we had a “Know Your Naturalist” party. Each naturalist provided a fun fact about his/her life, and lists of these facts were given to the guests before the party. The guests had to guess which fact belonged to which naturalist. It was a lot of fun, and the naturalists’ stories were interrupted by frequent bursts of laughter.

Although space shuttles never fly directly over the Arctic, on a clear day we could see the lower 25% of Greenland with the fjords all cut in and incised and the stark white on blue of the ice sheet against the ocean. It was an oblique view, like a super-cool postcard picture of a place. 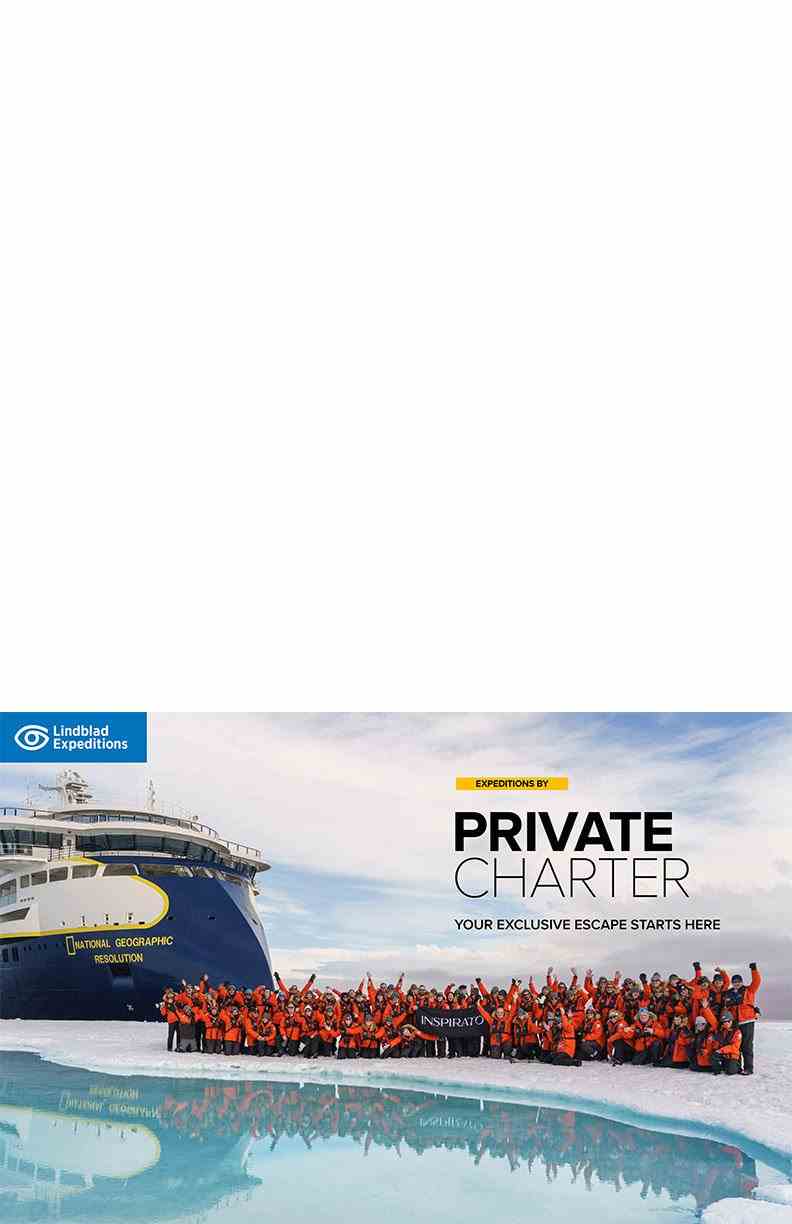