On Europe's coastlines, captivating seafronts hold little-known wonders, from ancient basalt sea caves to centuries-old monastic settlements and marine reserves teeming with life. Sailing these shores is an invitation to discover both the iconic and unfamiliar—and to gain unique perspectives on the threads that connect histories and cultures across this diverse continent. Step aboard one of our small ships and sail deftly among windswept archipelagos, through historic canals, and into open water, seeing Europe’s seascapes through the eyes of the explorers who came before and discovering new perspectives on timeless treasures.

Join Anders Fogh Rasmussen, Former NATO Secretary General and Former Prime Minister of Denmark, for three days aboard the May 9th or May 23rd, 2023, departure of Circumnavigating the Baltic Sea 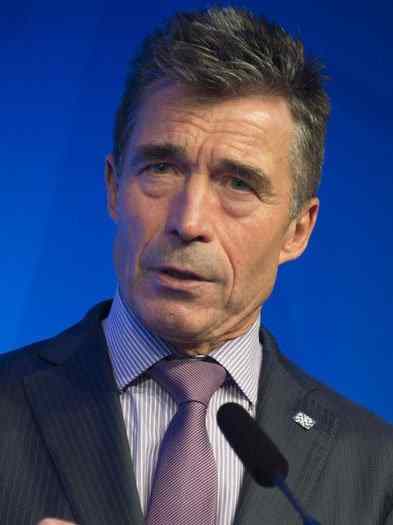 Explore your way, every day, using first-rate exploration tools such as kayaks and Zodiacs to see Europe’s shorelines up close and at water level. The special experience we arrange on shore with local experts foster authentic connections to the continent’s modern-day cultures, while the team at the helm of each expedition—from cultural experts to historians—offers expert insights into Europe’s past to help illuminate her present.

Music encodes the spirit of place, evoking powerful emotions and opening a doorway into the destinations we visit. In Europe, Jacob Edgar, our talented ethnomusicologist, curates exclusive, one-of-a-kind musical performances both on board and on land—from a stirring choral ensemble in Visby’s grand ruins to the Wellerman’s rhythmic sea shanty serenade en route to London. Enjoy a preview of these soulful European sounds.

Our Ships in Europe & the British Isles

See, do and learn more by going with engaging experts who have been exploring this region for decades. Go with an expedition leader, naturalists, historians, and more.

Veteran expedition leaders are the orchestrators of your experience. Many have advanced degrees and have conducted research or taught for years. They have achieved expedition leader status because they possess the skills, experience, and the depth of knowledge necessary to continually craft the best expedition possible for our guests.

Our naturalists, passionate about the geographies they explore (and return to regularly), illuminate each facet through their enthusiasm and knowledge. Our guests consistently cite the expertise and engaging company of our staff as key reasons to repeatedly travel with us.

Our cultural specialists are experts in their fields and further illuminate local life. They are chosen not just for their academic background, but for their ability to enable an authentic connection to the people our guests meet along their journey.

Our historians will share the stories, tumults, and triumphs of the people and places we explore. Their colorful personalities and passion for history, from the minutiae to the big picture, make them engaging travel tour guides and companions.

Travel and shoot with a bona fide National Geographic photography expert. These trop pros are at your side and at your service—providing advice, inspiration, tips, and slideshows. Access to photographers of this caliber will help you improve your skills and ensure you'll go home with incredible photos.

Every expedition aboard a ship in our National Geographic-flagged fleet offers an exclusive service—a Lindblad Expeditions-National Geographic certified photo instructor. This naturalist is specially trained to offer assistance with camera settings and the basics of composition, and to help you become a better, more confident photographer.

Because the ocean is vital to the regions we visit, we help you explore it. Our exclusive undersea program is a pioneering expedition feature, designed to enrich your experience and aid your understanding of the region you’re exploring—given the importance of the ocean to life on the planet.

If you only focused your explorations in the heart of Europe in highly trafficked locales, you would be missing out on a host of extraordinary experiences. On the fringes of the continent, little-known wonders are waiting along captivating seafronts.

There’s no need to dress up; life aboard is casual all the way. There’s no assigned seating in the dining room. In fact, many tables accommodate uneven numbers, making for easy mingling and the fun of sharing breakfast, lunch, or dinner with different new friends, staff, or guest speakers.

The fog silently rolled in overnight, and early risers awoke to a quiet and very still morning. As we set off on our bus tours and ventured the length and breadth of these stunning Islands, the Shetlands became increasingly ethereal in appearance.   At the southernmost end of Shetland, we visited Sumburgh Head and its fabulous cliffs of seabirds, owned by the Royal Society for the Protection of Birds. Here we got super close to puffins, the stars of the show. Later in the morning, we headed to Jarlshof, a prehistoric and Norse settlement to discover 4,000 years of Shetland’s history.

This morning we arrived to Unst, which is about 200 miles west of Norway and the most northerly island of the Shetlands and all the British Isles. Dozens of Viking longhouses have been found here; we were able to see replicas of a Viking ship and a Viking longhouse. While many of us had a tour of Unst’s highlights, another group went birdwatching in Hermaness National Nature Reserve.

Today we got to visit two very special places in the Shetland Islands, Foula and Mousa. On Foula, a small group of people live a bucolic lifestyle. They are isolated from the world and dependent on the ferry or a small airplane to provide them with the necessities of life that they cannot grow, raise, or fish for themselves. The second Island, Mousa, is the site of a Neolithic broch used in the Iron Age and dated at 300 BC. Brochs are found only in Scotland, and this is the best-preserved broch in the country.

Kirkwall, the capital city of Orkney, was sparkling in warm sunshine this morning. We dispersed for different walks, some to photograph the winding streets and charming gardens of the town, some to look for birds in the Orcadian countryside, and others to stroll the town and learn something of its history. Tales were told of pirates, press-gangs, wicked earls, and Norse saints. We learnt of the origins of Kirkwall with the building of St. Magnus’s, Orkney’s great Norse cathedral begun in 1137, a stunning Romanesque and Gothic edifice in red and yellow sandstone. At this time, Orkney was still part of the Scandinavian world, remaining so until the 15th century when it passed to the Scottish Crown. Scapa Flow, the world’s second largest natural harbor, housed the British fleet in both world wars, and some guests took a brisk walk to explore the dramatic events with the scuppering of the German fleet in June 1919 and the sinking of the Royal Oak, the Royal Navy’s flagship, in October 1939.   The neolithic heart of Orkney, UNESCO World Heritage inscribed, abounds in monumental archaeological sites. Skara Brae is a remarkably intact village that was exposed by a storm in 1850. Its stone houses survive, complete with stone furniture, including beds, dressers, and hearths. These houses were inhabited by Stone Age farming people for 600 years between 3100 BC and 2500 BC. The contemporary Ring of Brodgar originally comprised 60 standing stones in a wide circle within a henge defined by a deep rock-cut ditch, part of a complex of monuments that dominate the landscape in this part of Orkney.   The nature and wildlife of Orkney are just as spectacular. Rich soils produce wildflower meadows full of orchids, the shores are abundant with mute swans and oystercatchers, and the air is filled with the singing of larks.

One of the greatest things about a Lindblad Expedition is that even when weather prevents you from doing a planned excursion, it never means doing nothing for the day. In true expedition style, it means exploring the possibilities and figuring out an incredible plan B. Today was one of those days. Even though our initial plans were cancelled by weather, the day turned into an incredible adventure and in my mind, it was one of the best days of the expedition so far. We started early with a visit to Stac Lee, a sea stack with hundreds of thousands of gannets nesting on the island. It hosts the largest gannet colony in Scotland. When our planned visit to St. Kilda was cancelled, we set off to the Isle of Lewis to visit the Stones of Callanish, a spectacular megalithic monument dating back to 3000 BC.

When you arrive at climactic points along the way, you'll get there by the grandest of front doors—the sea. This is how people through history came and went, and consequently, Europe’s ports are hubs of vibrance and in many cases, remarkable beauty. 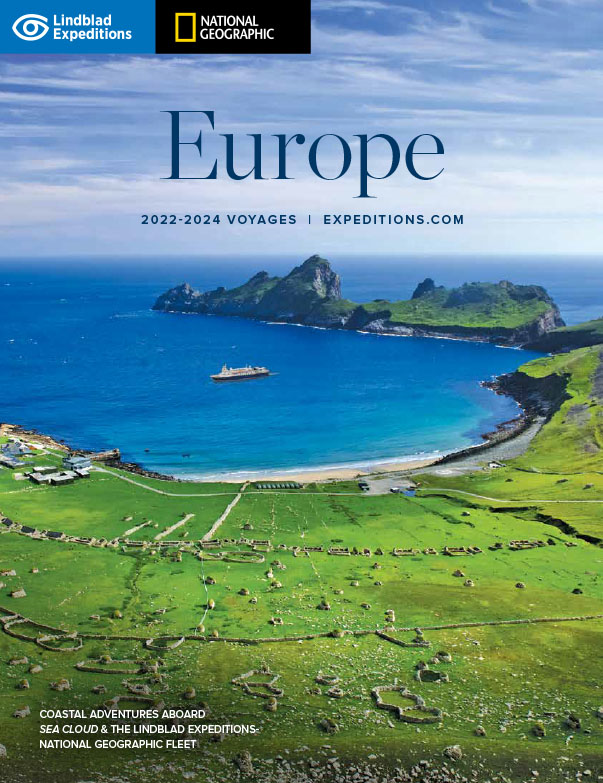